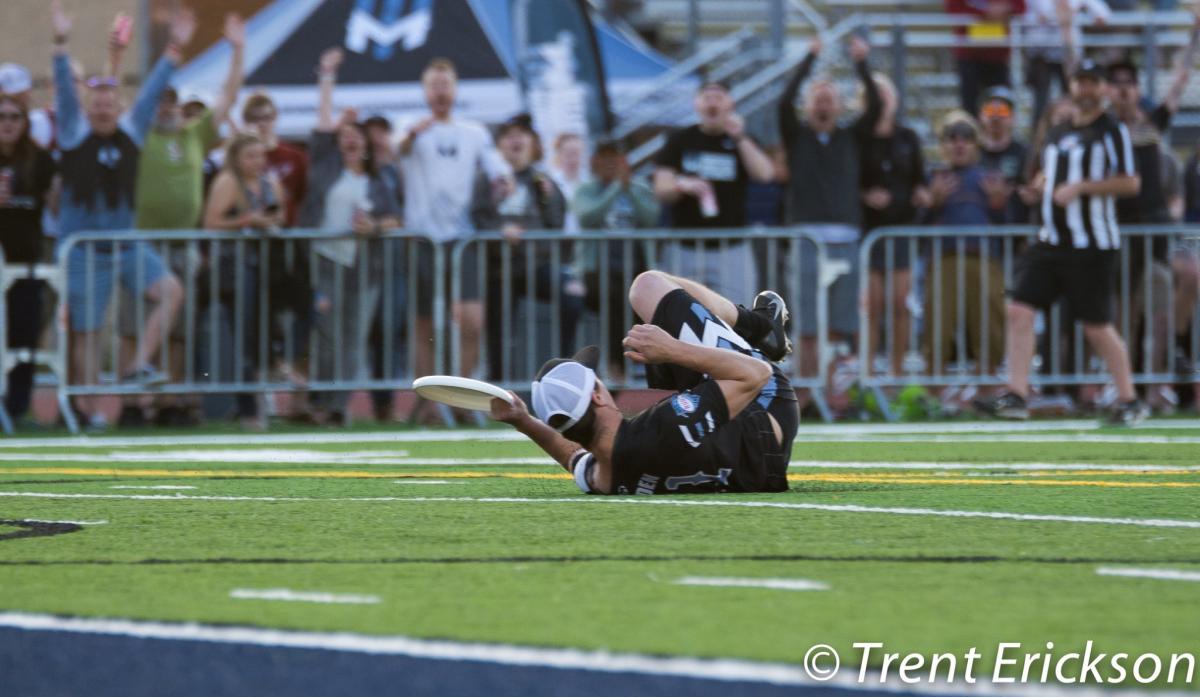 The game started competitively, with both teams trading points until the score was tied 8-8 in the middle of the second quarter. After a few Wind Chill turnovers, the Wildfire were able to quickly gain control of the game, going on a 3-0 run to make the score 11-8 before the Wind Chill could stop the bleeding. Chicago’s lead would balloon to 15-11 before Wind Chill all-star, Bryan Vohnoutka was brought down a contested goal in the end zone. The Wind Chill would be down three nearing the end of the second half with a lot of work to do. This was an important sequence. With under a minute left, the Wind Chill were able to get a block, call a timeout and quickly score with just nine seconds left on the clock. They’d go on to stop Chicago’s hail mary attempt and end the half down 15-13. 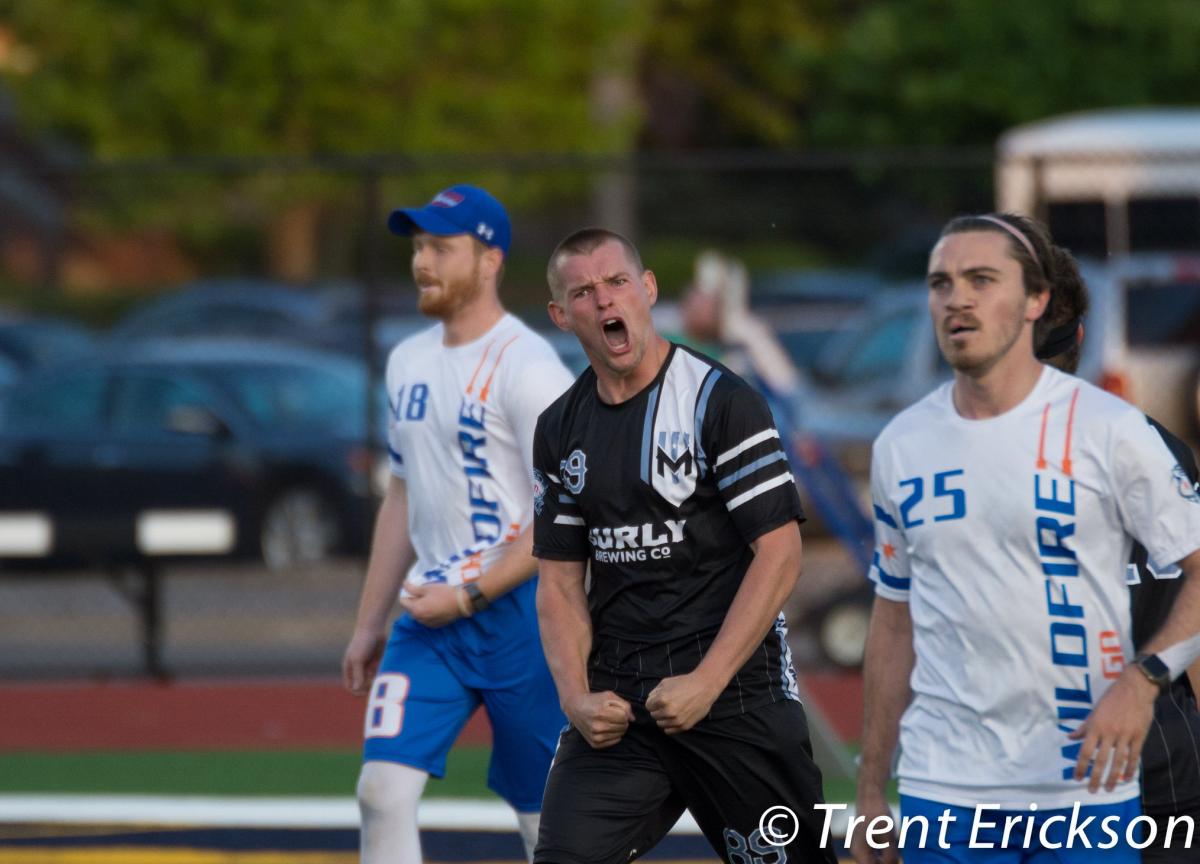 Returning out of halftime, they’d score on the opening point to make the score 15-14. This put an exclamation point on their end of half efforts. They were able to go on their own 3-0 run to get right back in the game. After trading points to get the score to 16-17, a Brendan McCann interception would give the Wind Chill the disc on Chicago’s doorstep with a chance to tie the game for the first time since the score was 8-8. After some fancy throws and catches between McCann and Drew Otterlei, Otterlei would find McCann in the endzone to tie the game up with just over 6 minutes left in the third quarter. The Wind Chill would continue the momentum and go up 18-17 with just over two minutes left in the third quarter, with a score from Bryan Vohnoutka to Ryan Welch. The teams would trade goals until the score was 20-19 when Minnesota would get the disc with just 9 seconds left in the quarter. An offsides penalty on Chicago’s pull would give the Wind Chill advantageous field position and they’d quickly march the disc down the field to bring the score to 21-19 at the end of the third quarter.

After an up and down first three quarters, the Wind Chill would maintain their lead for the entirety of the fourth quarter. Minnesota’s offense running smoothly and not letting Chicago get back into position to take the lead. The Wind Chill would finish the game with a much needed 27-26 win over Chicago. 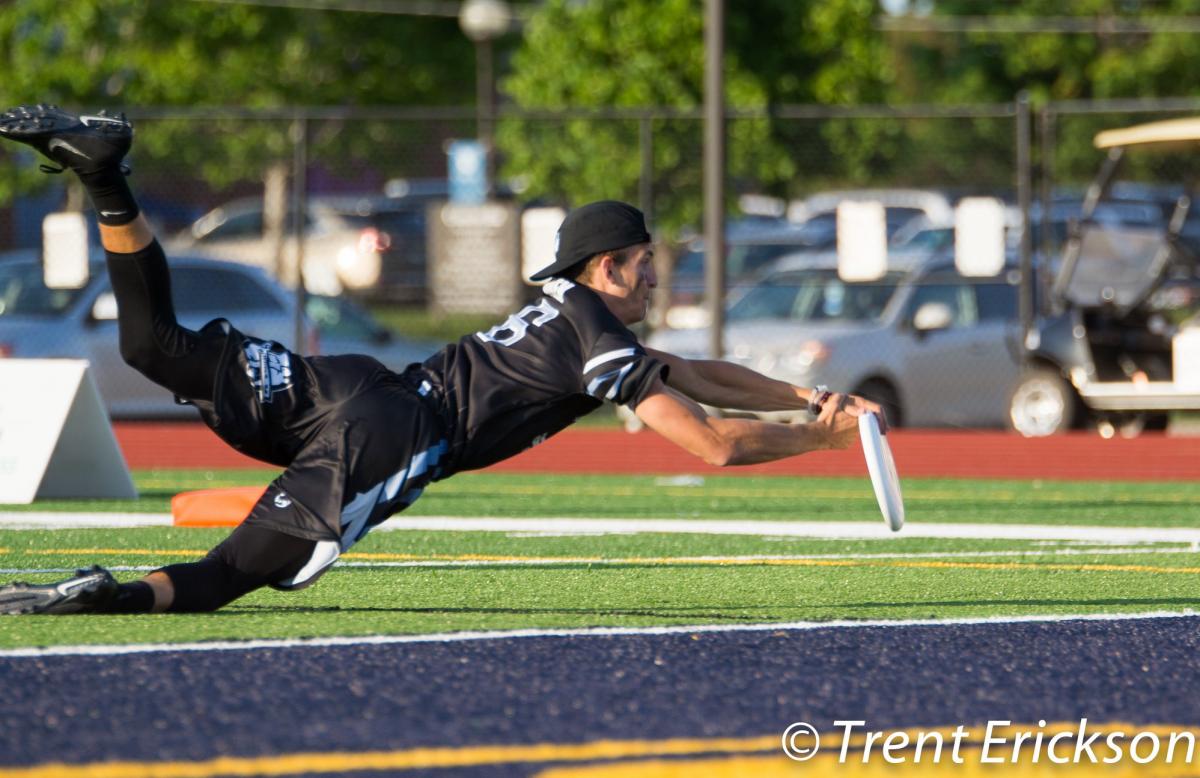 In an amazing performance, Minnesota’s Quinn Snider caught a franchise record 10 goals while throwing 3. The Wind Chill are off in the coming weekend due to the all-star game, but will be back against Madison at home (Sea Foam Stadium) on Saturday, June 15th. All Veterans and Active Miltiary Personell receive FREE ADMISSION to that game. Tickets for everyone else can be purchased HERE!