The Wind Chill are back home at Sea Foam stadium after a year away. Boasting a new beer garden with on-field access for die-hard fans, the Wind Chill are retooled, reloaded and ready to prove they’re still contenders in the Midwest Division. 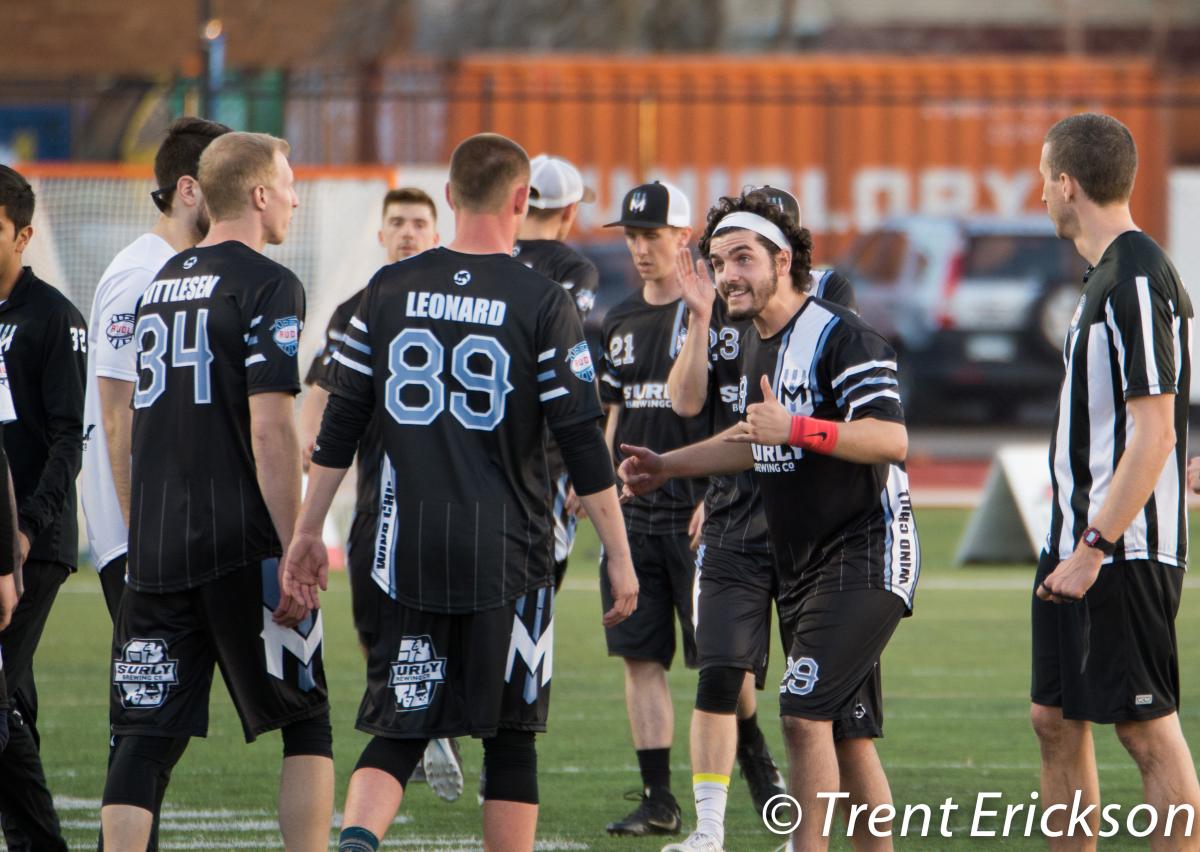 Despite a hard-fought loss to the Chicago Wildfire, the Wind Chill showed a lot of promise and potential going forward. A variety of new players including several Canadian imports showed some growing pains as they got acclimated to their new team, but at the end of the day, they contributed significantly in the near comeback. Give them some time and the sky is the limit. Look for additions like Cam Burden, Quinn Snider, Tate Halberg, and Mathew Ladyman to shine for the Wind Chill going forward.

A summary of this game wouldn’t be complete without a mention of Josh Klane. Josh is a legitimate star in this league and deserves more respect nationally. If you’re open, Josh will find you. Without Jason Tschida, Josh sliced and diced Chicago’s defense to the tune of 10 assists and a 96% completion percentage, wowing spectators with unbelievable throws and an absolutely ridiculous stat line.

The Wind Chill started strong but some sloppy play from Minnesota gave Chicago’s new addition some time to shine, Chicago’s Zane Rankin made a couple of big plays to give the Wildfire the momentum. Chicago was up 5-3 in the blink of an eye. However, an interception from Wind Chill addition Daniel Bates got the momentum back and a pass from Josh Klane to another new addition, Cam Burden got the Wind Chill to within one. Again, another Josh Klane pass to another new addition, Quinn Snider tied the game at 5. A few points later, the pattern continued. Josh Klane went back to Cam Burden to give the Wind Chill the 7-6 lead going into the second quarter.

The Wildfire received to start the second quarter. They stepped on the gas and took control of the game. 10-10 would be the last time the game would be tied until late in the fourth quarter. Strong play from Chicago pushed them ahead to a 17-13 lead. The lone bright spot in the second quarter was a buzzer-beating hammer from Cam Burden to Bryan Vohnoutka to end the half. 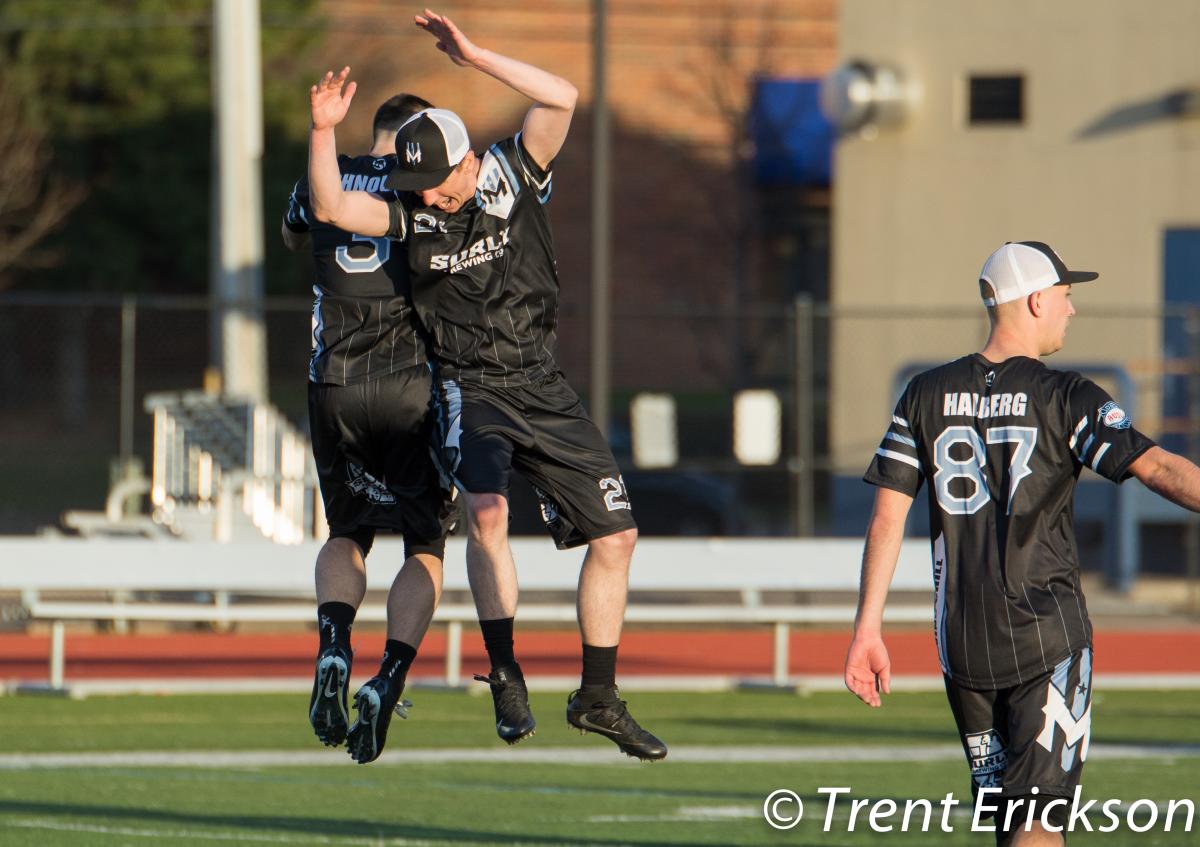 Chicago got the first point to go up 4. But slowly the Wind Chill worked there way back into it. Strong defense from Dylan Declerk brought the game to within one. Minnesota got a turnover on the next point and had a chance to convert but they weren’t able to punch it in. The score was 25-23, Chicago had the lead. 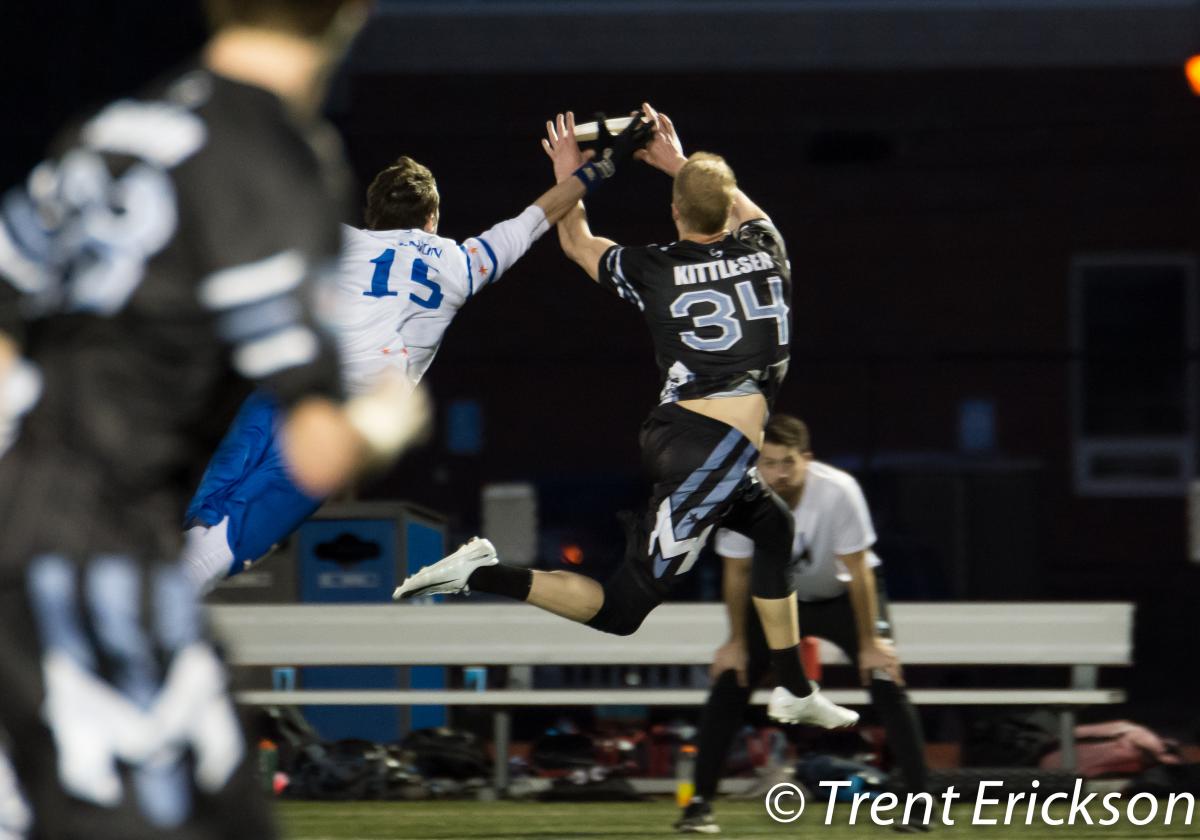 The Wind Chill look to bounce back this weekend, Saturday, April 27th against the Pittsburgh Thunderbirds at Sea Foam Stadium in Saint Paul, Minnesota. Pittsburgh fell 26-17 to the Madison Radicals in the first game of their season.

You can purchase online discounted tickets for the game by clicking here!