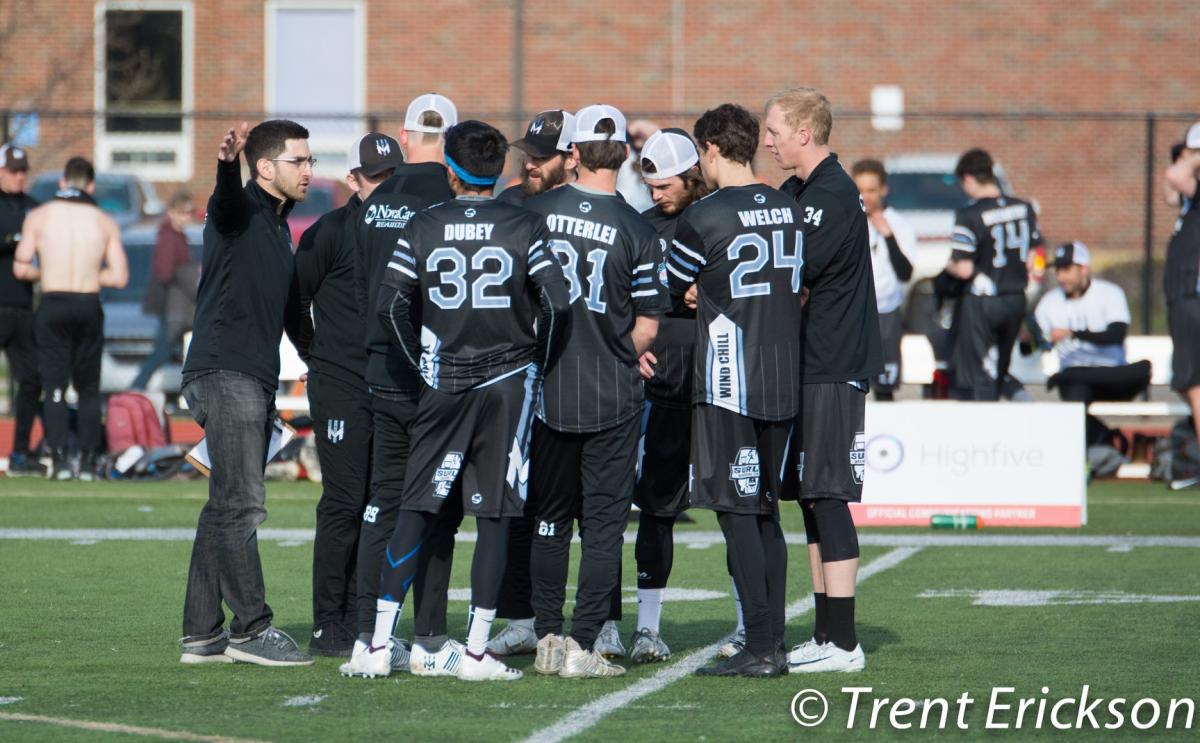 In a weekend where several men’s and women’s teams from Minnesota qualified for the USA Ultimate College National Championships, the Minnesota Wind Chill were able to take down the Pittsburgh Thunderbirds in an overtime thriller. Pittsburgh is much improved after 2018 when they finished near the bottom of the league, adding back players they lost after the 2017 season. Minnesota is now 1-1 and Pittsburgh falls to 0-2.

The Wind Chill’s new talent continued to mesh well and create chemistry with Minnesota’s core of returners. Local talents Ethan Rasmussen, Drew Otterlei and Suarov Dubey saw there first action of the 2019 season, all performing well in their season debuts. New additions who saw there first playing time against Chicago in the first game of the season, Jesse Greenburg, Quinn Snider, and Mathew Ladyman all looked even sharper and more aligned after more time to build chemistry with their teammates. Look for the Wind Chill to continue to grow as a team as players gain chemistry as the season goes on.

We saw an extremely tightly contested game with both teams trading points for the majority of the game. Early in the game, we saw strong plays from Mitchell McCarthey who caused a turnover on the first point that turned into a Brandon Matis score. We saw Ethan Rasmussen bomb a huck to a laying out Quinn Snider and we saw great plays from Drew Otterlei and Isaac Leonard who both would be representing their colleges at college regionals the next day. 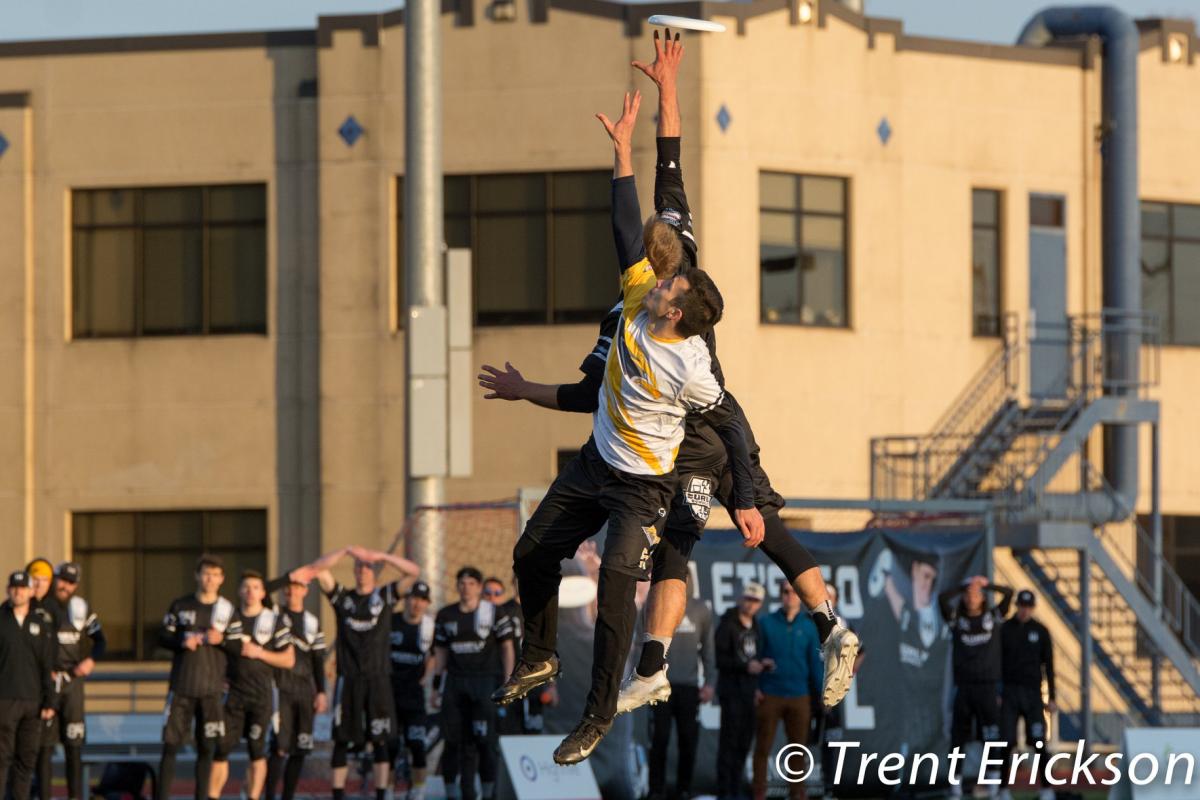 After a very close first three quarters, the score was 18-18 when Pittsburgh dropped a disc that gave the Wind Chill a chance to capitalize. That’s exactly what they did by calling a timeout to bring on stronger offensive players. Moments later, a deep huck from Josh Klane to Bryan Vohnoutka gave the Wind Chill a 19-18 lead and put the Wind Chill in the driver’s seat.

Klane continues to be one of the top throwers in the league through 2 games. Continuing to tear up defenses with an array of throws that not many players have.

A few points later the Wind Chill defense forced a difficult throw and brought the score to 21-19. They had breathing room with a few minutes left, but the Thunderbirds would score quickly after to bring the game within one. It was 21-20 when the game started to get interesting. A Wind Chill turnover would give the Thunderbirds the disc back with the chance to tie. After a turnover, they got the disc back and that’s exactly what they did, tying the game up at 21 with 41 seconds left. The Wind Chill received the pull and worked the disc upfield but the Josh Klane hammer to the end zone fell incomplete. Both teams would be going to a five minute overtime period. 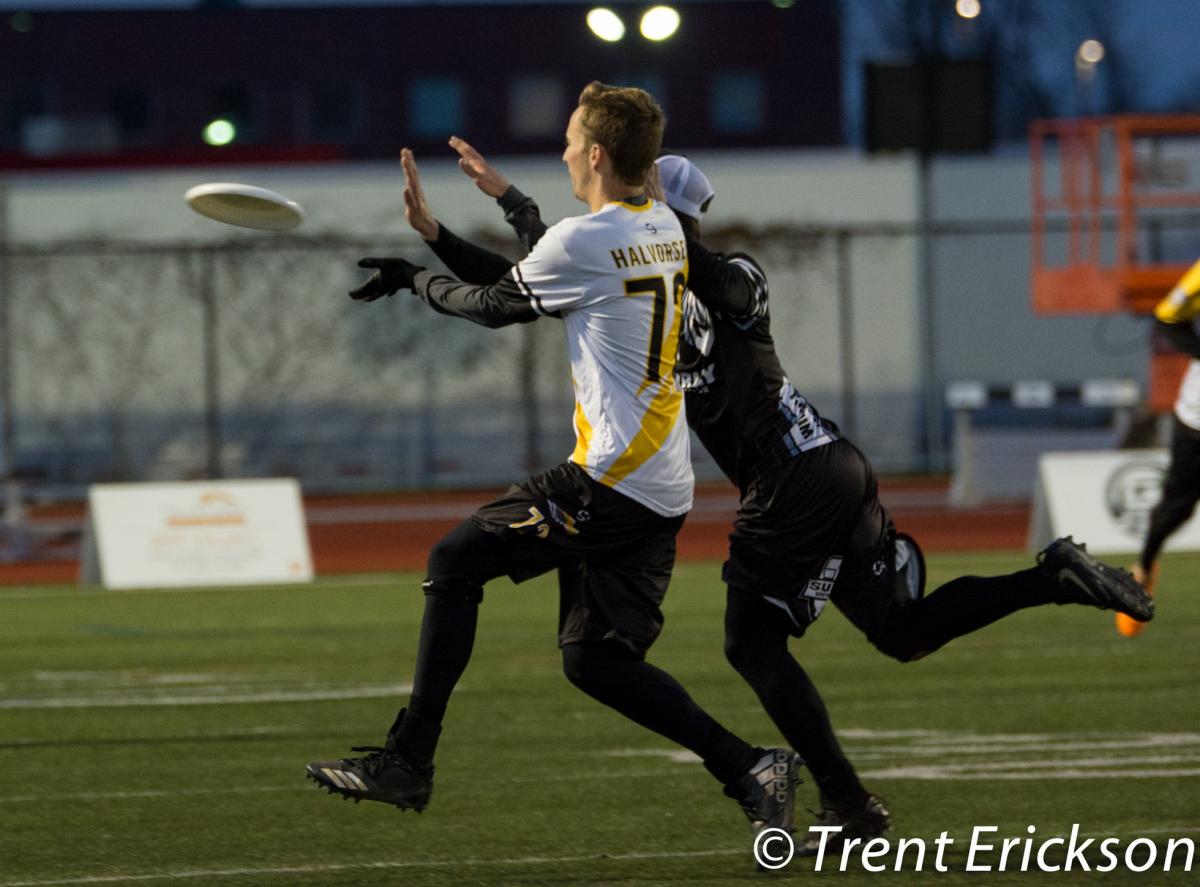 That five minutes would be the five minutes Minnesota needed to pull away. Smoothe offense and a score from Mathew Ladyman gave the Wind Chill the lead that they wouldn’t give back. Max Sheppard tried to keep it interesting, but Josh Klane wouldn’t let the Wind Chill lose. Minnesota’s depth and stamina showed as they finished overtime strong while Pittsburgh looked to run out of gas late. The Wind Chill finished strong and got a great win over Pittsburgh 25-22.

Minnesota has it’s first road trip next weekend with a Saturday game against Chicago, following up with a Sunday game in Detroit.