The Minnesota Wind Chill crushed the Detroit Mechanix 37-18 at home on Saturday. With temperatures soaring and humidity rising, fans who made it to the National Sports Center beat the heat with some cold Surly beverages and the Wind Chill beat the Mechanix with a deep roster, strong defense and strong contributions up and down the lineup. Everyone on the roster made contributions throughout the game.

Isaac Leonard was the player of the game with 6 goals, 1 assist and 3 blocks on defense. He also had one of the best defensive plays of the season across the AUDL when he jumped, tipped the disc towards the end zone and chased it down for a Callahan score.

Not sure if that counts as a Callahan for Isaac Leonard, but no matter what it is a nice play! Makes the score 20-10 to the Wind Chill with 9 minutes left in the third quarter! pic.twitter.com/GrAdMDBgMD 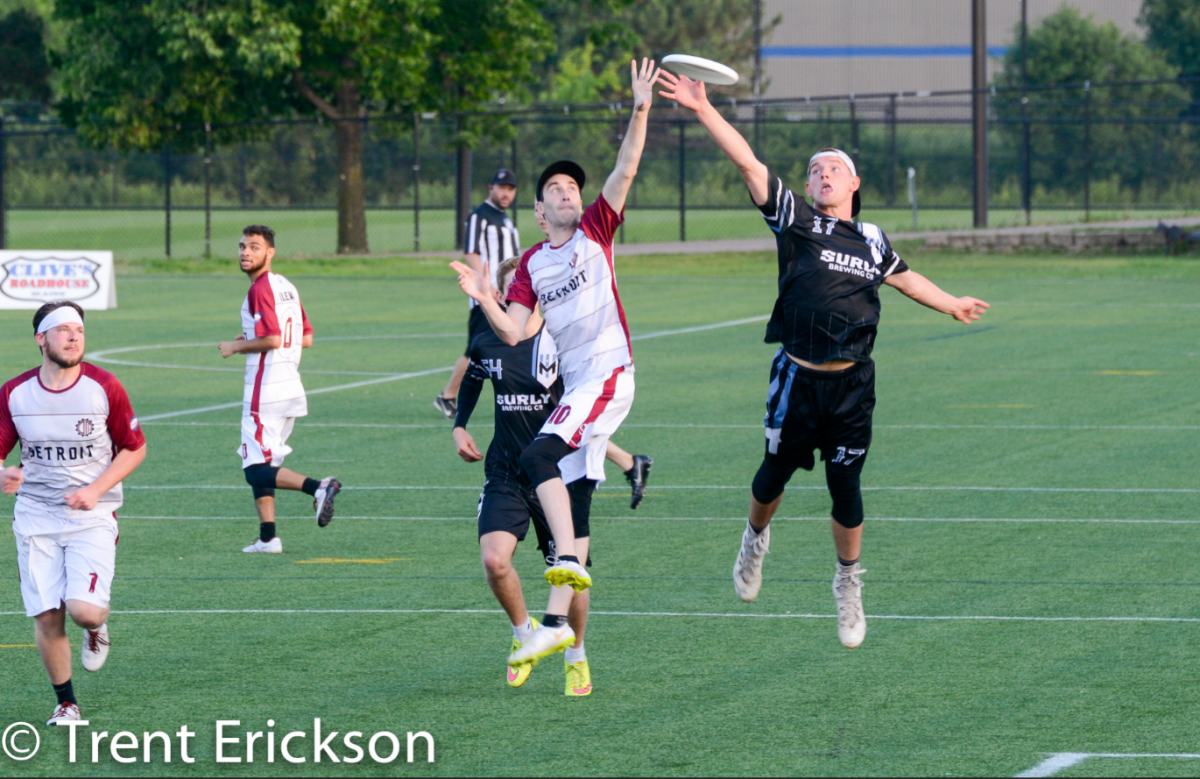 Though the score didn’t end the way they would have wanted it to, the Mechanix fought hard throughout the game, continued to make the Wind Chill work for everything and fought through several heat and humidity related injuries.

The first half started out strong for the Wind Chill with 6 straights points before the Mechanix could stop the bleeding. The Mechanix went on a short run to make the score 7-4 before an easy score from Cole Wallin to Connor Anderson made it 8-4. On the next point, some great defense gave the Wind Chill the disc and a diving layout from Jordan Taylor made the score 9-4

All Jordan Taylor does is make big plays! Check out this layout @SportsCenter to make the score 9-4 to the Wind Chill! Great drone shot from @AirVuz pic.twitter.com/ZBGKa4eof0

With 5 minutes left in the first half, we saw a beautiful huck from Josh Klane to Ryan Osgar. Osgar made a great deep cut and Klane put it in the perfect spot.

Ryan Osgar reads this disc to perfection to make the score 13-8 to the Wind Chill with 5 minutes left in the first half! pic.twitter.com/MEQuLNDV9t

After a connection from Cole Wallin to Josh Kautz, the Wind Chill ended the first half up 17-10 over the Mechanix. 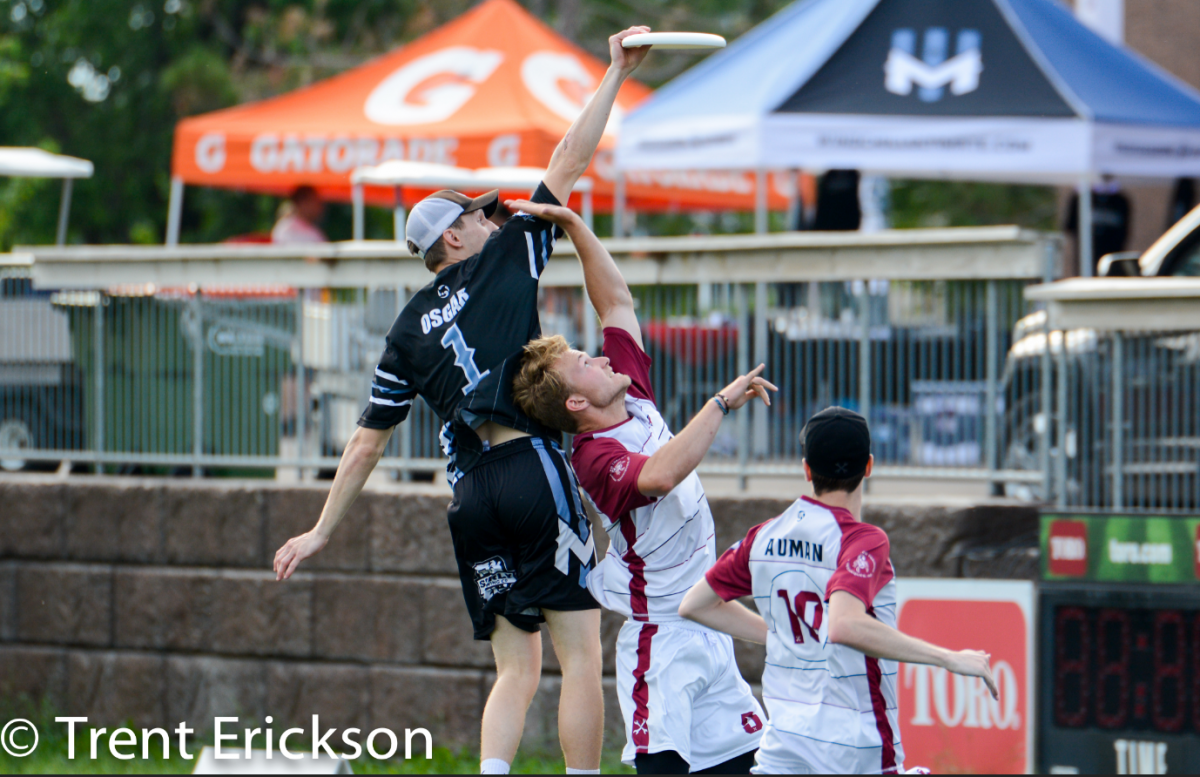 The second half was more of the same for the Wind Chill. The Wind Chill’s conditioning and depth paid off and they were able to continuously cycle in new players against a tired Detroit squad. With six minutes left in the game, we saw great defense from Jimmy Kittleson who then ran deep for the easy score from Ben Feldman.

Jimmy Kittlesen completes the bookends to extend the Wind Chill lead to 31-15 with 6 minutes left in the game! pic.twitter.com/u7GMxanUpe

By the end of the fourth quarter, every Wind Chill player had thrown or caught a score and 16 of the 20 active players recorded a block on defense. That’s team ultimate. The Wind Chill won the game 37-18. Josh Klane and Ben Feldman each finished the game with a team-high 5 assists, Isaac Leonard led the team in goals with 6, followed by Connor Anderson, Ryan Osgar and Colin Berry with 4. Jimmy Kittleson led the team with 5 blocks on defense followed by Jordan Taylor and Isaac Leonard with 3 apiece.

The Wind Chill add another Grey Duck to the team, adding University of Minnesota sophomore cutter Cole Jurek to the squad. Jurek threw got his first AUDL assist and played strong defense in his first game.

Minnesota looks to keep pace with Madison and Indianapolis next weekend when the Pittsburgh Thunderbirds come to the National Sports Center next Saturday. The Wind Chill beat the Thunderbirds 33-21 in Pittsburgh in their one previous matchup this season. Buy Tickets Here! 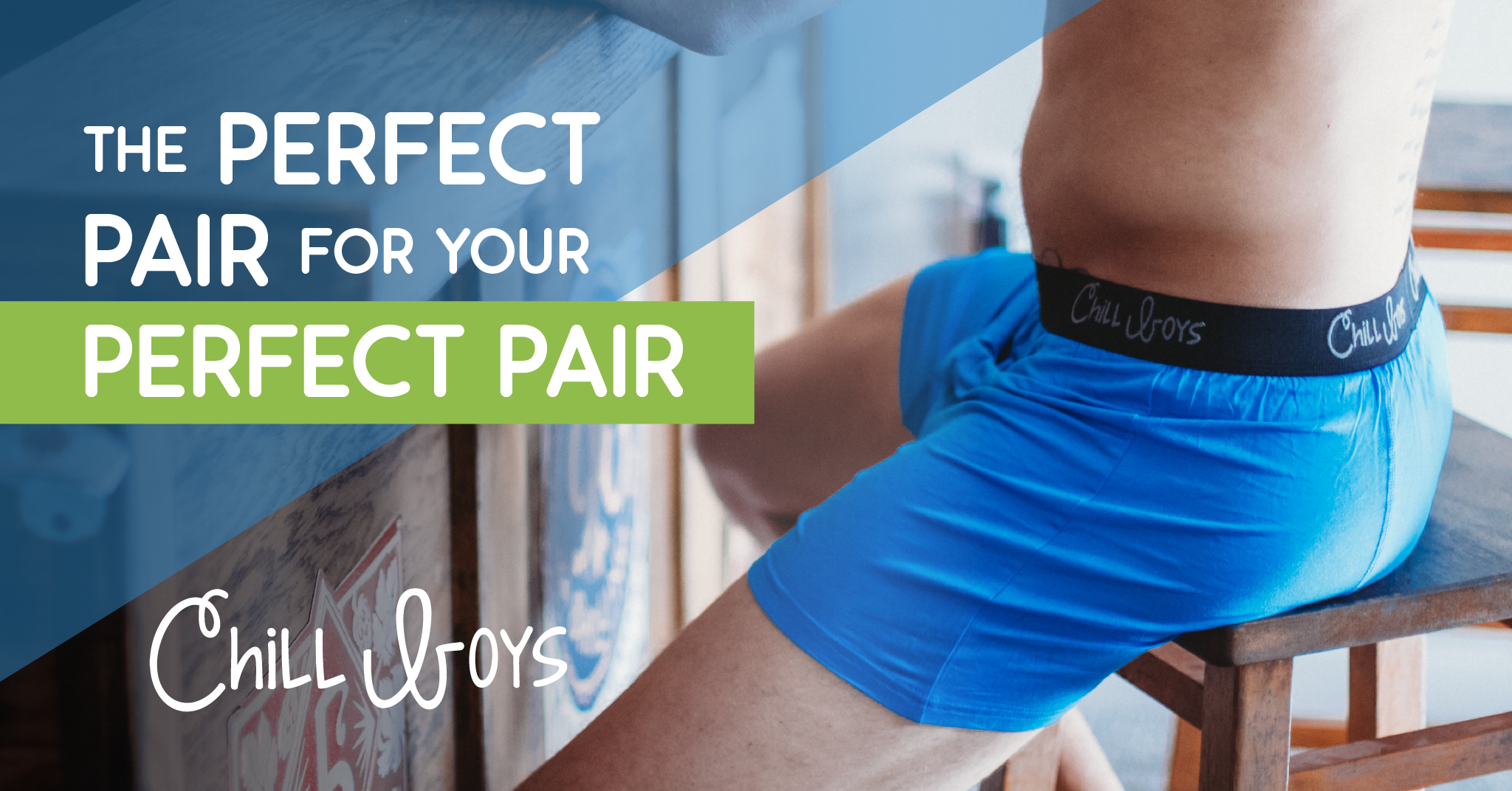