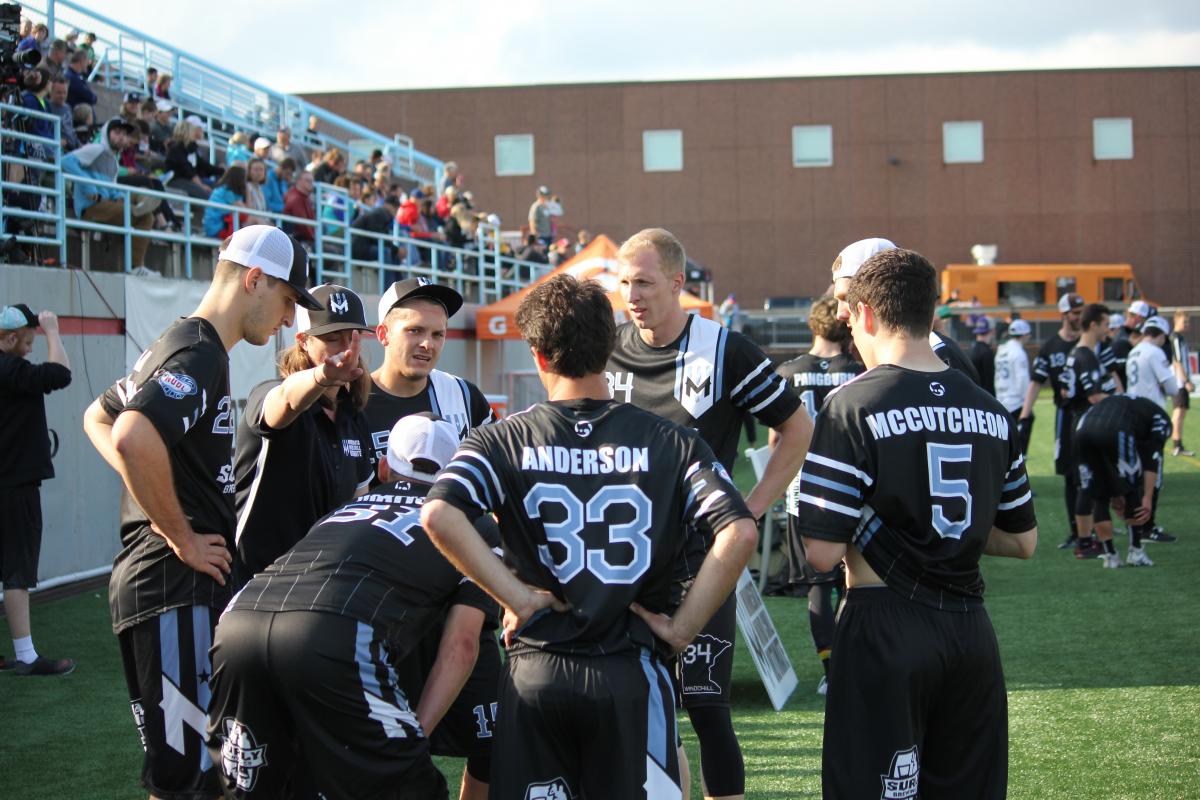 The Wind Chill started strong against a confident Alleycats team. The Wind Chill scored to start the game, then quickly made the score 2-0 after an Alleycats turnover. The Wind Chill then nearly broke again but played tough defense in a long point to make it 2-1. Both teams traded scores before a Sam Bumstead throw to Michael Jordan made the score 4-2, then new addition Thomas Echols fired a deep shot to Jimmy Kittleson to make the score 5-2. The quarter ended 6-3 and according to Evan Lepler, the Alleycats were “fortunate to be down just three.” 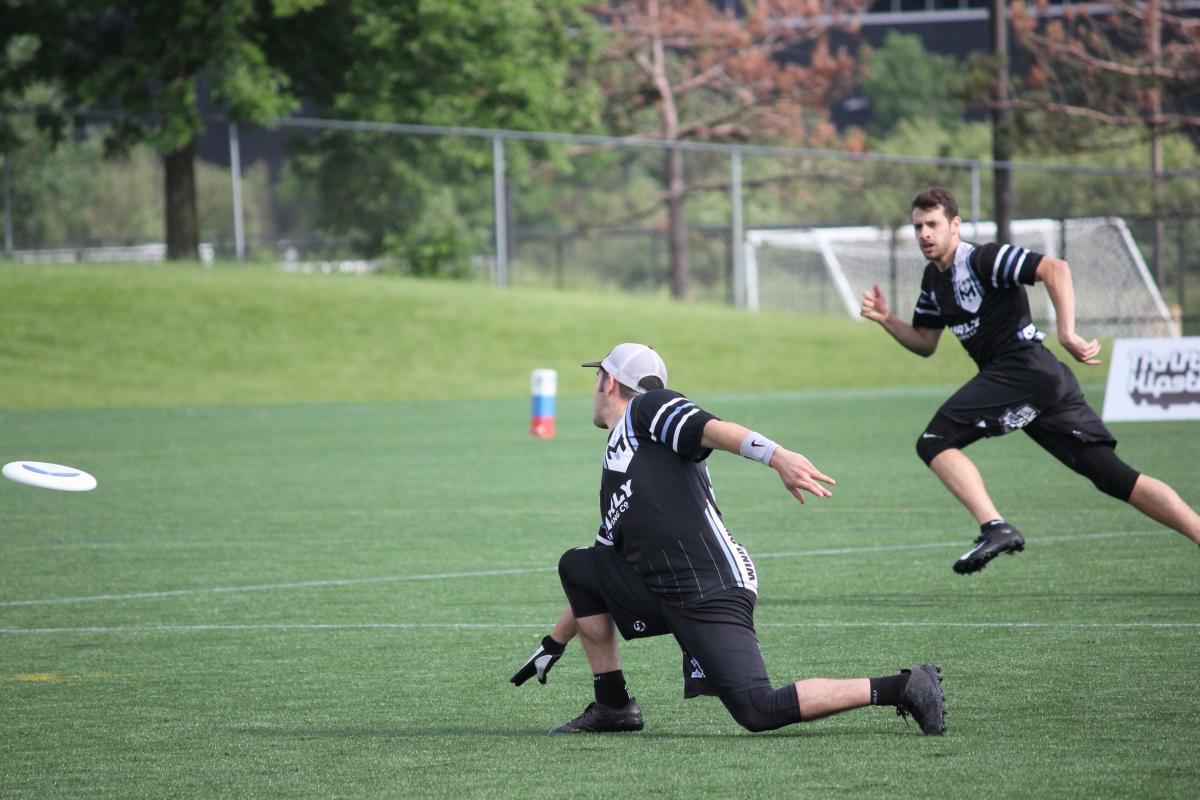 The Wind Chill stayed in control throughout the second quarter. Happy to trade scores with the Alleycats and to take chances when they became available. Wyatt Mekler got his first assist of the 2018 AUDL season to make the score 11-7 in his first game after finishing college nationals with the University of Minnesota. A few late turnovers by the Wind Chill gave the Alleycats their first and only break of the game. The Wind Chill finished the quarter up 11-9.

The Wind Chill’s defense remained strong. They kept the pressure on with some big defense from Jordan Taylor and Colin Berry. 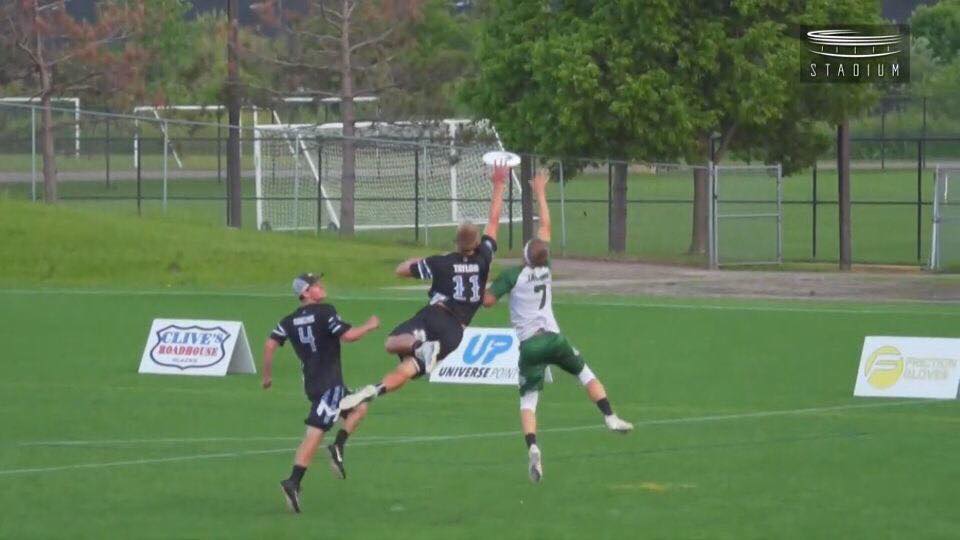 The Wind Chill were able to maintain their lead and stay in control of the game throughout the third quarter. A big hammer from Tony Poletto to Josh Klane gave Klane the opportunity to make an easy throw to Sam Bumstead to make the score 15-11. The Alleycats cut the Wind Chill’s lead to 16-13 with just nine seconds left in the quarter, but the Wind Chill were able to beat the buzzer with a big throw from Greg Cousins to Jimmy Kittleson to finish the quarter 17-13.

The Alleycats weren’t able to put anything together in the fourth quarter and the Wind Chill were able to take advantage. The first three quarters started to take its toll on Indianapolis. Several quick offensive points for the Wind Chill and several long offensive points for the Alleycats kept Minnesota’s offense fresh but led to a tired Indianapolis team. The Wind Chill were able to use their rest to their advantage and stretch the lead to 5. The Wind Chill finished victorious, with a 22-18 win. The Offense The Wind Chill’s offense was its strong point. Only getting broken once. That kind of efficient offense especially without Jason Tschida and Ryan Osgar has got to be scary for the rest of the Midwest Division. Eric Johnson led the team with 4 assists, Josh Klane was right behind him with 3. Michael Jordan and Charles Weinberg each had 5 goals.

On Saturday we saw the debuts of Thomas Echols and Wyatt Mekler. Echols was LSU’s 2018 Callahan nominee and Mekler played on USA Ultimate’s Under 24 National Team.

Echols finished the game with an assist and a goal, Mekler added an assist and strong defensive play. Look for these two to play bigger roles as they get more experienced with the team. Looking Ahead The Wind Chill Face off against the Madison Radicals next week in Madison. They fell to the Radicals at home 20-19 in their last matchup. This game could have a big effect on playoff positioning as well. The Wind Chill signed Cole Wallin from the University of Minnesota Grey Duck who could be debuting as early as next week along with Grey Duck’s Cole Jurek and Codi Wood.