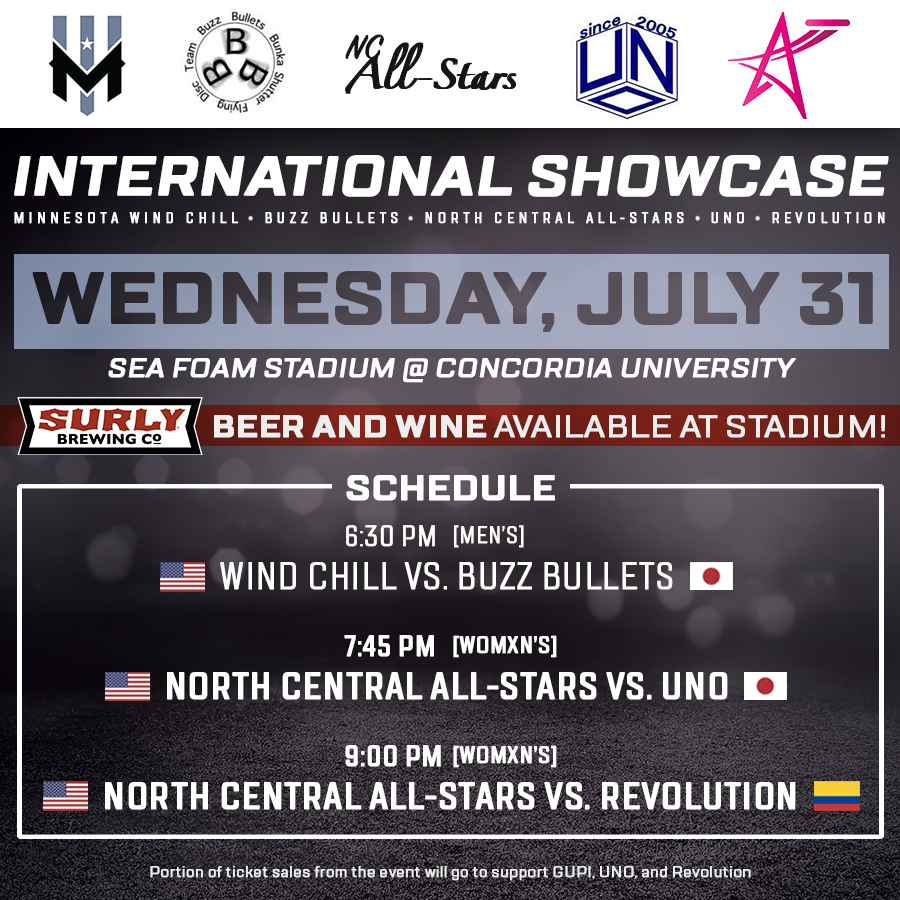 The Minnesota Wind Chill are excited to announce the International Showcase, which will be held on Wednesday, July 31st, at Sea Foam Stadium (Concordia University) in Saint Paul. The event will comprise of three different international matchups, featuring games in both the Men’s and Womxn’s Division.

A portion of the ticket sales from the event will go to support GUPI (Girls Ultimate Players Initiative) and the participating international Womxn's teams (UNO and Revolution).

Rule sets to be used for each game has yet to be finalized (discussion between teams), but each game will operate until a time cap to ensure proper flow of the three game schedule.

There will be a Surly Sideline Beer Garden in-stadium during the event. Passes for the Beer Garden area can be purchased for an additional $14, which includes two drinks in the beer garden during the game (Surly Beer or White Wine). Ages 21+ to Drink!

Foxy Falafel Food Truck will be serving food during the event, and an in-stadium Jumbotron will be showing live video and instant replay during each of the games.

Tickets can be purchased online in advance at a discounted price of $10 for Adults. Walk-up ticket purchases are welcome at the gate will be $12 for Adults. Youth Tickets (Ages 11-18) are available at half the price.

Children 10 and Under receive FREE ADMISSION to the event.