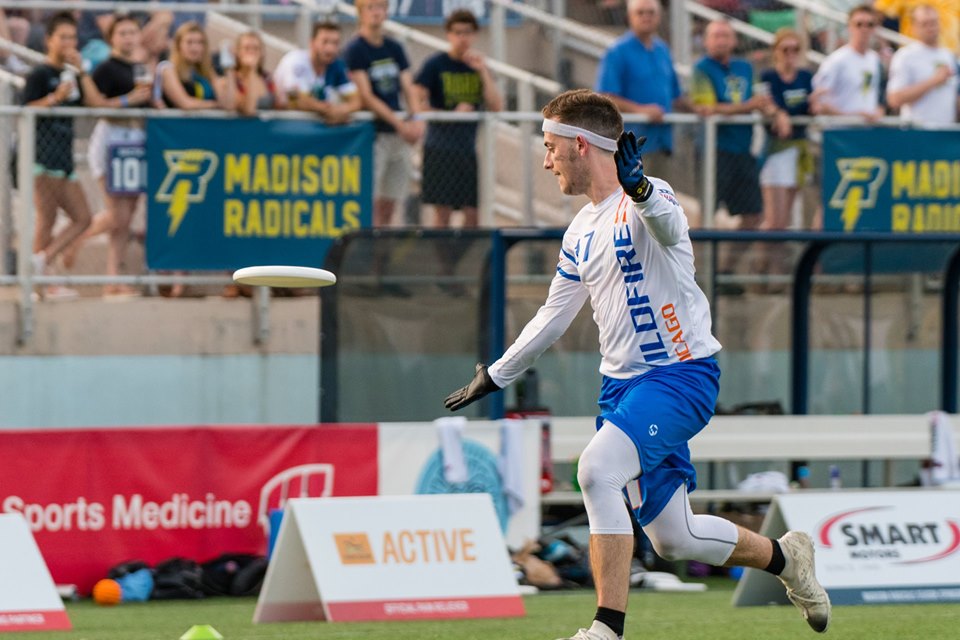 Chicago’s four-year playoff drought is over following a weekend that included a victory on the road against Madison and a win at home over Detroit.

On Friday, the Wildfire travelled to Madison for the final meeting between the two teams. Breese Stevens Field is a challenging venue for visiting teams, a fact borne out by the Radical’s 31 home-game win streak (2013-2016). Wildfire captain Tommy Gallagher recalled the energy on Friday evening, “the Madison fan base, as always, showed up in force and it made for a real play-off atmosphere.”

While Madison has shown recent vulnerabilities, keep in mind that this is virtually the same roster that stood unassailable atop the Midwest season after season and won the league championship less than a year ago. In any given moment, they can explode.

The old ultimate cliché goes “the hardest thing to do is to beat a team you just beat” with the implication that it requires mental toughness to stay hungry. It’s a line that plays well in huddles, but everyone knows the hardest thing in ultimate is beating a team you’ve lost to for 4 seasons.

But, Wildfire did just that.

Gallagher credited coach Woods for mapping the path to victory:

“He put together a solid game plan and we were able to execute it from the first whistle to the last. Everything came together at the exact moment we needed it to. I can easily say that last night’s win over the Radicals was the best feeling I’ve had in a Wildfire jersey.”

While the team was buzzing after their win, they still had work to do on Sunday when they hosted the Detroit Mechanix in their final meeting of the season. The game would eventually be called due to weather, but not before Wildfire gained a 12-6 lead heading into halftime, which was enough for the win.

After the weekend, Wildfire’s record improved to 7-3, landing them at first place in the Midwest rankings (tied with the Alleycats). They can now take a breath and recharge for the regular season’s final push. Even with a playoff spot secured, the next two weekends have critical seeding and home field implications. Chicago will travel to Indianapolis on Saturday, July 6th, followed by a home game against Pittsburgh. Both games can be seen on Stadium.