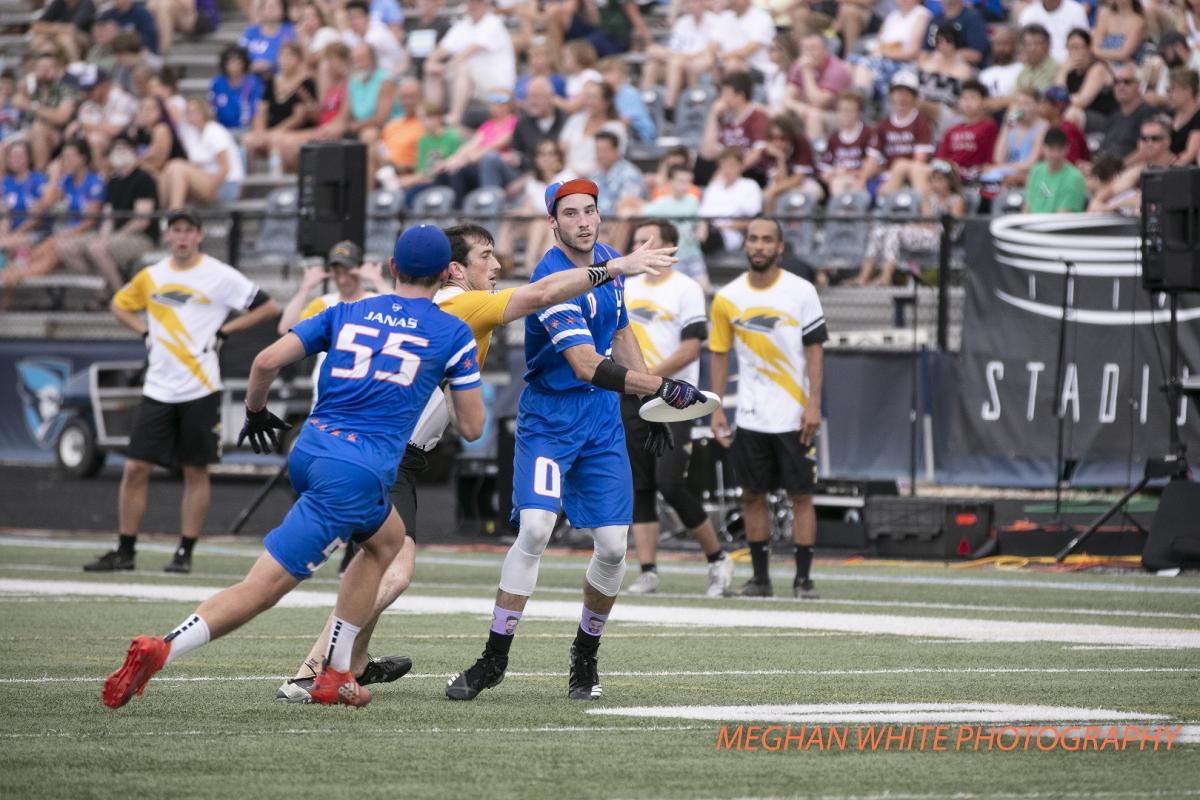 Last weekend Wildfire fell to Pittsburgh in a game that surprised many, not just because of the outcome, but for its lopsided score. The visiting Thunderbirds ran away with it 29-16; they simply played out of their minds. Meanwhile, the boys in blue couldn’t find the string of breaks necessary to get a foothold in the match.

When asked if Wildfire’s goals last weekend perhaps didn’t include winning, Coach Woods extinguished the notion, “No, we definitely intended to win and strategized to win. We did realize that beating Pitt might mean playing Minnesota, who has given us more trouble, but the goal was to win and get momentum going into the playoffs.”

The outcome means that Chicago will travel to Pittsburgh this weekend to hopefully return the favor.

In their last meeting, Wildfire struggled to find their cadence on offense resulting in disjointed flow and unusual throwing errors. Sometimes turnovers are contagious or a string of random events cause outcomes to regress. Regardless, the challenge for the O-squad going into Saturday is to wipe that from their memory and play with the unconsciousness that leads to seemingly effortless scoring.

And, Coach Woods will have to find a solution for Pittsburgh’s energetic cutting crew who seem to find deep space regardless of defensive matchups or positioning. Coach Woods will put special focus on Max Sheppard, who is having a banner year. He became just the fifth player in AUDL history to hit the 50-50 mark: 50 goals and 50 assists. This is even more impressive considering the shortened season and running clock, which has put player stats in an elevated context.

Speaking of stats, Pawel ended the regular season with the assist title (74) while Wildfire rookie Drew Swanson earned 23 blocks, putting him 4th in the AUDL. These anecdotes are representative of the talent that Chicago can field, and they will be fielding their best on Saturday.

One difference between last weekend and this weekend will be the available roster. Chicago is pulling from almost their entire pool for this weekend, which should bolster their firepower on both sides of the disc and allow for more flexibility in terms of positions and strategy. One notable absence will be Jeff Weis, who is representing Team USA at the U24 World Championships in Germany.

Wildfire has tasted greatness and knows how to win. Steely-eyed victories on the road against Minnesota and Madison are examples of their ability to find greatness in adversity. The task for Saturday is to tap into that feeling and play with resolve, to find the passion, and to get that bread. You can watch this round 1 playoff game starting at 6pm ET on AUDL.TV.