We’ve been overwhelmed by all the excitement surrounding our name change and we’re thrilled to have our fans engage directly as part of this process! We’re responding to a few questions we’ve received by email, text, and on social media to pull back the curtain and provide more context surrounding our rebrand. It's hard to summarize 2+ years of planning for this but we'll do our best to lay out the key facts here - let us know what other questions you have and keep that ultimate Twitter chatter active!

Why was the team originally named the Wildfire?

When the team was founded in 2012 to begin play in 2013, Steve Gordon thought “Chicago Fire” would be a great name for the team and would be a tribute to the Great Chicago Fire of 1871. Not being from Chicago originally, he was disappointed to learn that Chicago Fire was already the name of an MLS team that had donned the name for 15 years. He called the team to ask if he could use the name, and was politely but firmly told “no.” Sticking with the theme, he named the team Windy City Wildfire, which had the cool sound and alliteration of successive W’s with Windy, Wildfire, and winning. After the first season, the team rebranded as Chicago Wildfire to more closely align with the city it represents.

Why change the name?

As we’ve grown over the years, it has been challenging to distance ourselves from the Chicago Fire FC organization. We frequently find ourselves in meetings, recruiting events, and interviews with the press where we’ll introduce ourselves as the Chicago Wildfire, and someone will ask us to tell them more about the Chicago Fire. This trend has gotten more challenging as the Chicago Fire TV show has gained popularity in recent years - and even the soccer team has felt that impact, as the TV show is now the #1 search result on Google. When CJ and Patrick came in as new owners (in 2017 and 2019, respectively), they felt it was an opportunity to finally make the change and began discussions on how and when to do so.

Why do it now?

The short answer is, there’s nothing magical about doing it now. Rebranding is incredibly difficult and we knew it was going to be hard whenever it happened. We needed to strike a balance between waiting until we were a little more stable/recognizable, and doing it early enough that our fan base wasn’t overwhelmingly large and attached to the existing name. And, the longer we waited, the more energy, time, and money we’d be “wasting” building up the Wildfire brand - the longer we waited, the harder it would be. We decided in October 2019 that we would complete the 2020 season and announce the rebrand process immediately after the season ended. The onset of COVID this year was obviously unexpected but allowed us more time for planning and execution on our rebranding efforts. We didn’t (and still don't) have our hearts set on any one name but it was important to us that our fans and players buy into the new team name, so we wanted them to be directly involved in the name change process.

What have you done so far?

As early as 2018 we began modifying our action plans, budgets, and marketing agendas knowing that a name change would be coming at some point. We only did emergency restocking of merchandise for the 2019 season, and planned to completely run out our inventory in 2020. We brainstormed extensively about how to have our fans and stakeholders help drive this process. From the beginning we had talked about different approaches with taking name submissions, setting up a March Madness-like bracket of 64 possible names, having players vote, etc., to get the right amount of engagement from our fans and team, but eventually chose to limit to a smaller pool, since too much choice can be a bad thing, and since we needed the names to be approved by the AUDL. We had started jotting down names last November and CJ has a Google Sheet with over 75 names that were considered, which he and Patrick boiled down to a top 5 (this was not easy!). We decided to put these into a bracket of 8 and allow our current players to choose the final 3. On June 10th, we announced the name change to the team, and they came up with their own list of nearly 80 names and went through a series of votes to get to their three favorites. Throughout the process, we had to pull names from consideration for a variety of reasons - see a few examples below.

What other names have been suggested that didn’t make the bracket?

One of our favorite ideas was to make a strong reference to the city of Chicago, especially by leveraging Chicago’s iconic flag in some capacity. 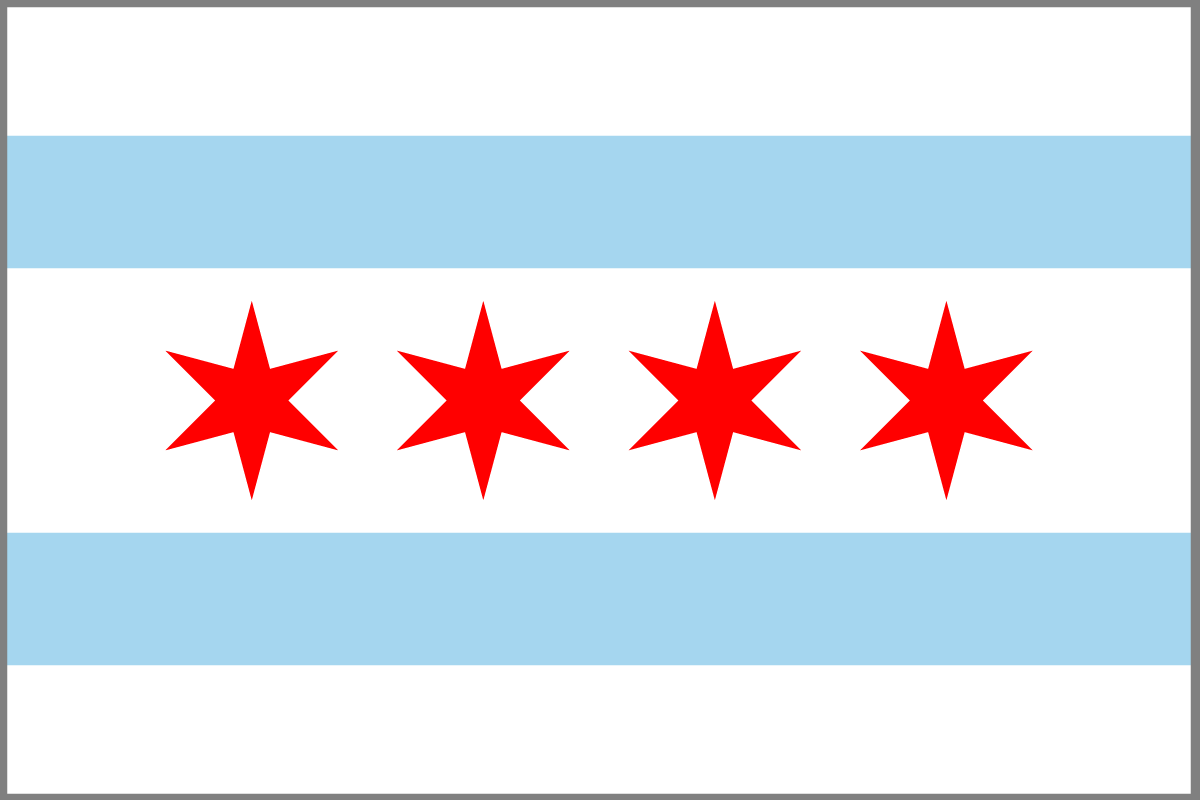 The NWSL team did an awesome job using the name Red Stars, taking the primary feature from the Chicago flag. We loved the idea of using the baby blue stripes that go with it (i.e. “Chicago Blue Stripes”), and even came up with some cool jersey designs with soccer stripes, similar to the Chicago Quidditch team’s jerseys (did you know we had a quidditch team??). We didn’t actually love the name “Blue Stripes” so we tweaked it to “Chicago Blue Lines”, which also had some cool references to Chicago’s transit system. We found that a lot of people from Chicago liked this idea, but those outside of Chicago thought it was a reference to the thin blue line, and even shortening it to Chicago Blue sounded like it was a police reference. We landed on Chicago Blues to hopefully still capitalize on some of our initial tie-ins, and additionally build an experience around Chicago’s fame for great music. We’re aware that there’s a St Louis team by the same name - which is why it was our last choice - but we feel we can create a strong brand around this that’s distinctly different from what St Louis is doing in hockey.

Other names suggested that we eventually removed include

We also did have a few Boaty McBoatface references in there for fun, but didn’t put them in the final bracket for fear that they might win in a landslide.

What is your plan going forward?

We’ve got some really cool concept designs for every one of these 8 names that we’re excited to share. We’ve used mood boards and comparison tables to brainstorm details on everything, right down to what music we’d play in the stadium, what our between-quarter entertainment will be, what our stadium entrance will look like, etc. We’re excited to see how fans react to the names first, but we’ve got a lot more loaded up to share. We have an exceptionally skilled designer who came up with some pretty sweet logos for each name and we partnered with Savage to design concept jerseys for each one - we considered releasing all of them right away so fans could get a sense of each idea, but thought people might get attached to a logo or jersey design and cast votes based on that rather than the name itself, so we’ll be rolling these out as we move into later stages of voting. Stay tuned for a “what could’ve been” series coming up as we move through the rounds and look back on some of the designs that won’t be put to use. In any case, it’s been cool to see each of these names come to life, and we’re looking forward to seeing fans react to the vision for their favorite ones.

Are you actually considering Chicago Chads?

Probably not. If Chaos is the clear frontrunner from the voting, we could maybe do some fun alternate jerseys or warmups for all the Chad fans out there. We don’t take ourselves too seriously.

To see the bracket of names for the Wildfire rebrand and cast your votes, click here!