Almost a month ago the Chicago Wildfire announced a huge change coming to the franchise. After seven years as the Wildfire, the organization will be rebranding for the 2021 season.

Three rounds of voting were conducted letting the fans decide on the new name. We started with eight total names, as suggested by ownership and the players, and now we have a winner to announce later this week. Here is how we got to this point. 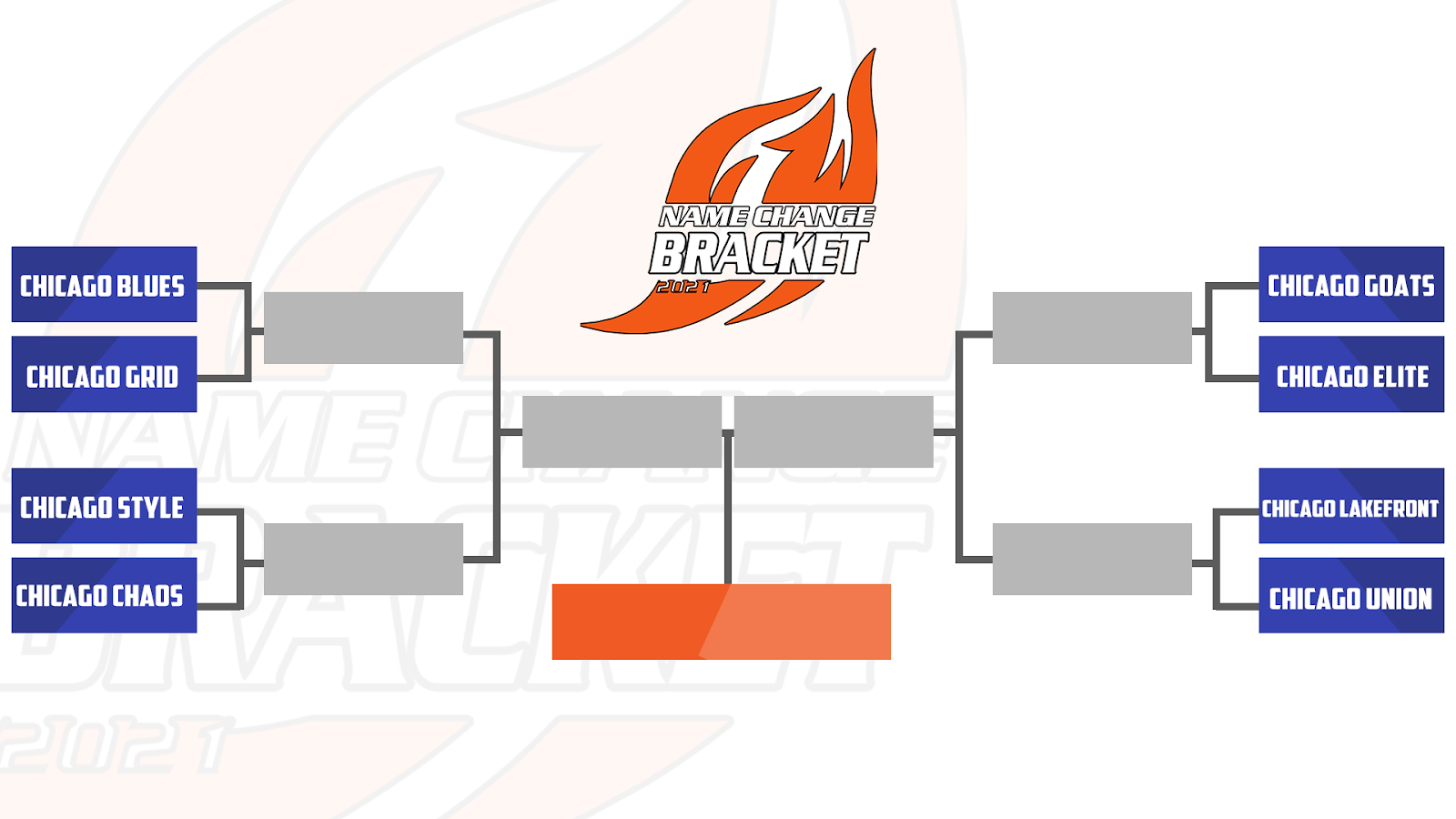 The first round had some of the closest head-to-head battles throughout voting, including the final two names being victorious over their opponent by less than 2% margins. Blues and Grid were neck and neck up until the final hours of voting with Blues pulling out the win. On the same side of the bracket Chicago Style took on the Chicago Chaos. The Chaos had no problem defeating Style, partly due to the overwhelming enthusiasm some voters had thinking the name looked more like it said Chicago Chads.

On the other side of the bracket Goats took on Elite. Chicago broke the curse of the goat with the 2016 Chicago Cubs World Series win and that historic connection to our city’s sports history helped push the goats ahead by a good margin. Below that Lakefront traded punches with Union. This matchup went down to the wire too, with Union ultimately advancing. 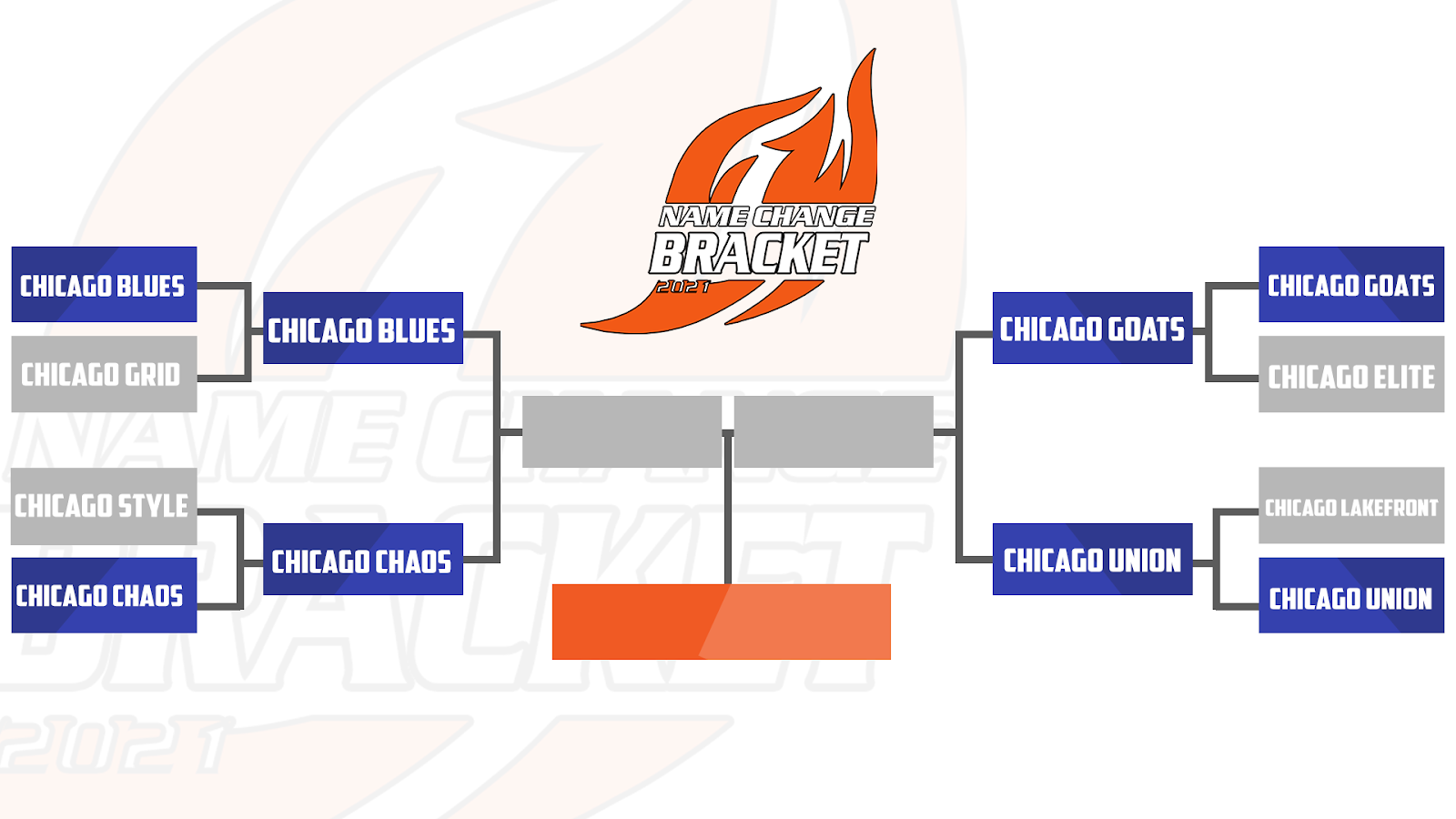 Moving on to the second round, we saw Blues take on Chaos and Goats take on Union. We released some concept designs for these four names centered around the direction each name took us in our designs. Fans quickly started to gain an attachment based on these designs. 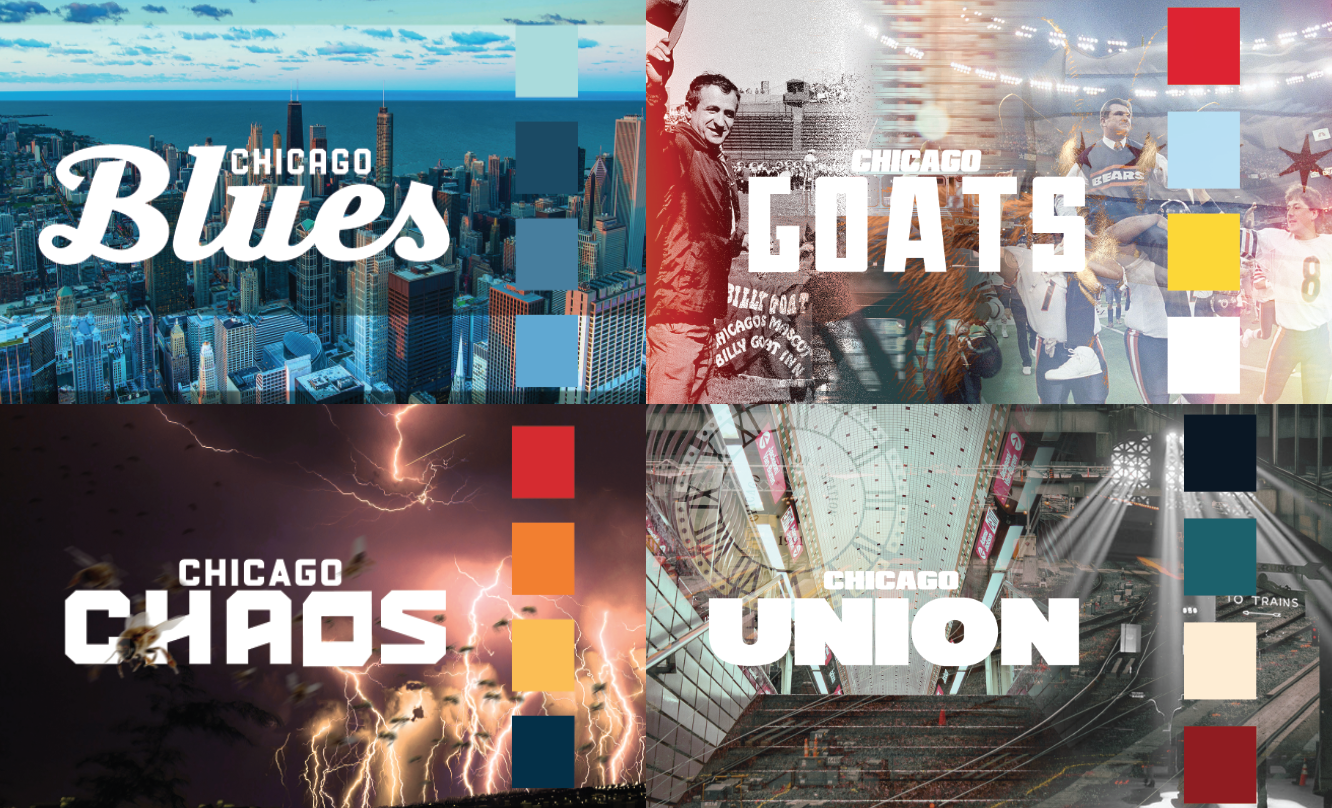 The Chicago Chads voters ultimately couldn’t stop the Superfans as the Chicago Blues had a massive lead in our newsletter vote leading to its upset over the Chicago Chaos. Voters had a much more unanimous feeling towards Chicago Union as it blew past Goats on it’s way to the finals. 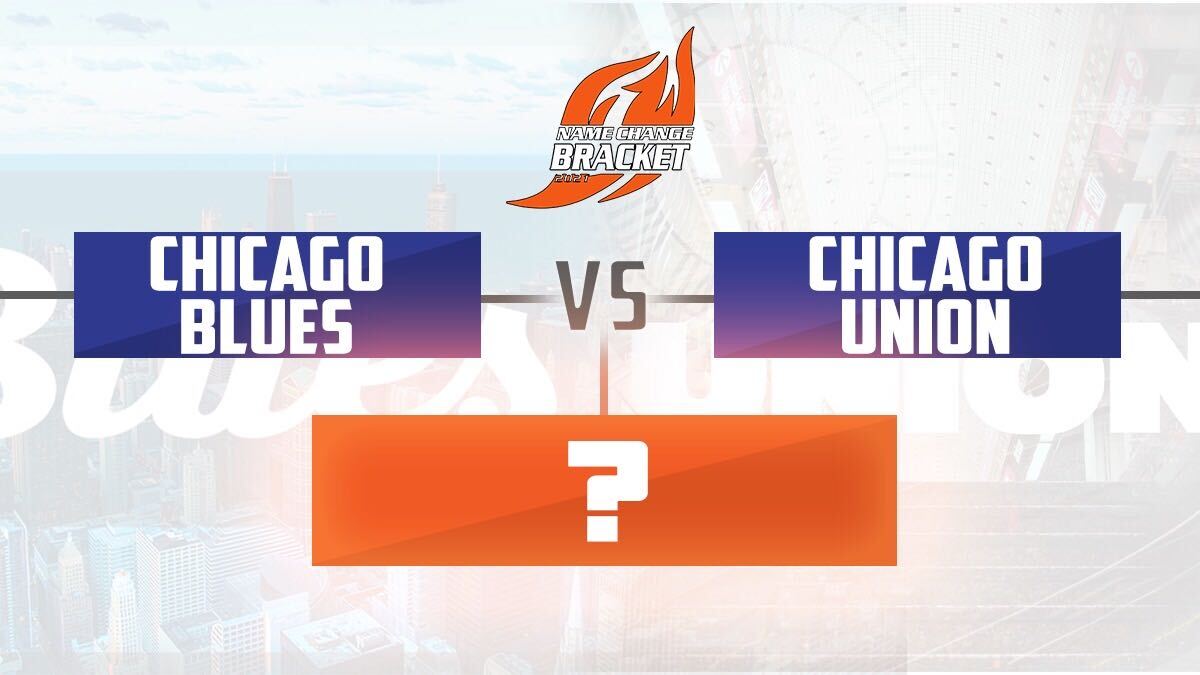 Our final round continued with Chicago Blues taking on Chicago Union. A week long voting ultimately determined a clear winner between these two, and the name has now received formal approval from the AUDL Executive Council. More concept designs were released during this round of voting and we know you’ll be excited for what we have in store for you over the next few weeks with this big announcement.

Stay tuned to our social media accounts as we gear up for a number of big releases starting with our new name, then our new logo, jersey design, and some early player signings as we build momentum for return to the field donning a new look in 2021!