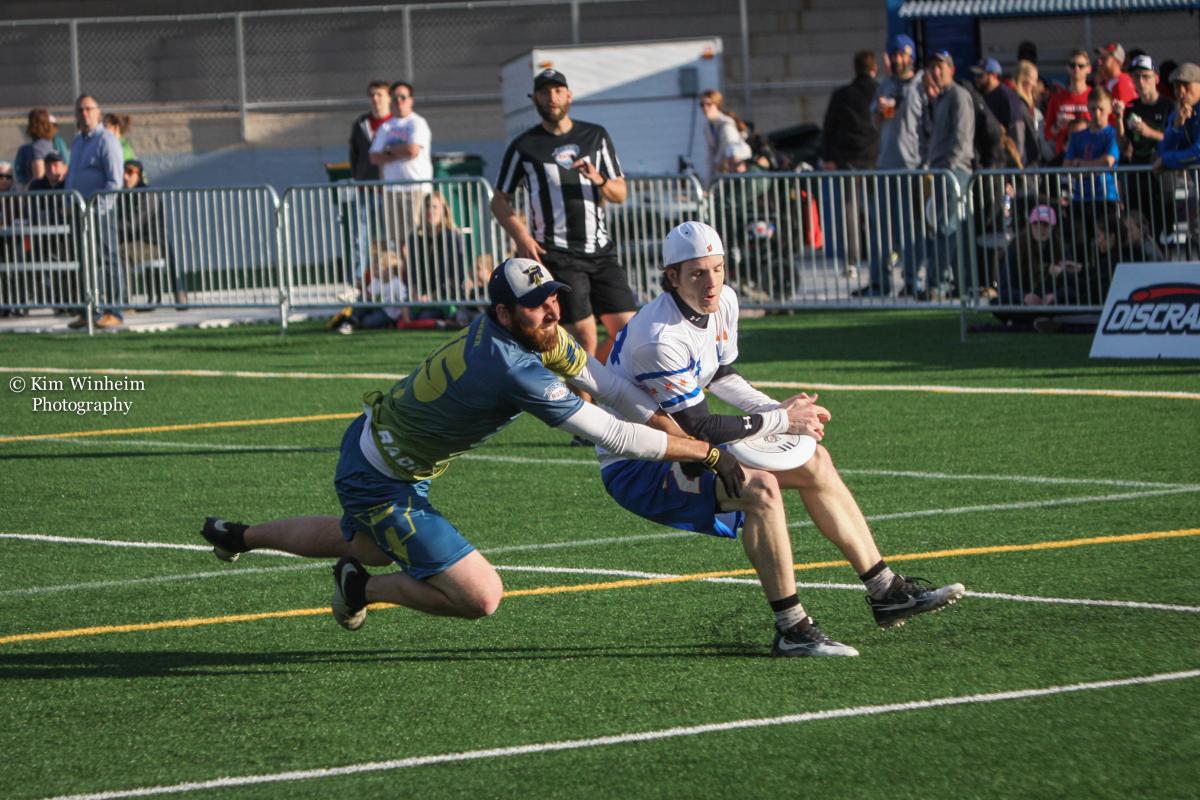 The Chicago Wildfire are excited to announce signing Michael “Pardo” Pardo for the 2018 AUDL season!

Pardo had an extremely bright 2017, leading the league for the majority of the season as the top scorer. He ultimately finished as the second highest in goals with 70, averaging five per game, and ranked 10th overall for scores (87). If those offensive numbers aren’t impressive enough, Pardo also tied for 14th overall in blocks with 21.

The Wildfire seek to improve their record from last season. Pardo is eager to build on the culture and strategy that was initiated, stating, “I think with the addition of some new talent the team is in a really good position to make some waves and have a very different outcome from last season.”

Michael Pardo and Pawel Janas were the most productive scoring duo in the AUDL in 2017.

The Wildfire found themselves on the losing end of many close games in 2017—something Pardo hopes to improve moving forward. “It would have been nice to snag a couple of wins from close games, but unfortunately it wasn’t in the cards. I think the culture change will bring a lot of good to the team, and will make the Wildfire a more successful and competitive team.”

Reflecting on the 2017 season, Pardo felt the Wildfire made strides towards building the future of the team. “I think ‘building’ was a major success from last season, and that’s not just building in the sense of building from previous seasons, but rather ‘building’ different tools and habits that lead to making a team successful. This involved video reviews, creating a team identity and strategy (which can still be improved), having more team bonding events, having a more thought-out recruitment platform, etc.”

Despite being the Wildfire’s leading scorer, Pardo strives for continuous improvement, hoping to reduce his turnovers and improve his scoring efficiency in the 2018 season. “I would like to have a more dynamic role on the team and be able to create more opportunities for my teammates with my throws rather than simply running deep. Another role I would like is to push my teammates to have a higher standard for themselves and for their game.” We are still eager to see Pardo beat his defenders deep and catch some scores in the endzone.

Not just a complete frisbee-head (if that’s a thing), Pardo is also a man of refined tastes and hobbies. One thing you might not know is that he is an avid baker. “I like to bake bread, although I can’t really get my sourdough quite right.” Off the field he also enjoys rock climbing, hockey, and video and board games with friends.

Pardo began his ultimate career in New York where in his last semester of high school took up the sport and won the high school state championships. After high school, Pardo played four years with UChicago, with the Westchester Magma Bears in 2015, and with Chicago Machine and the Wildfire in 2016 and 2017. Get ready to hear Pardo’s name often this season as he returns to the Wildfire in 2018!