The Chicago Union is excited to announce the contract signings of three returning players. Jack Shanahan, Jesse Johnson, and Jason Vallee have all agreed to 2-year contracts with the team. 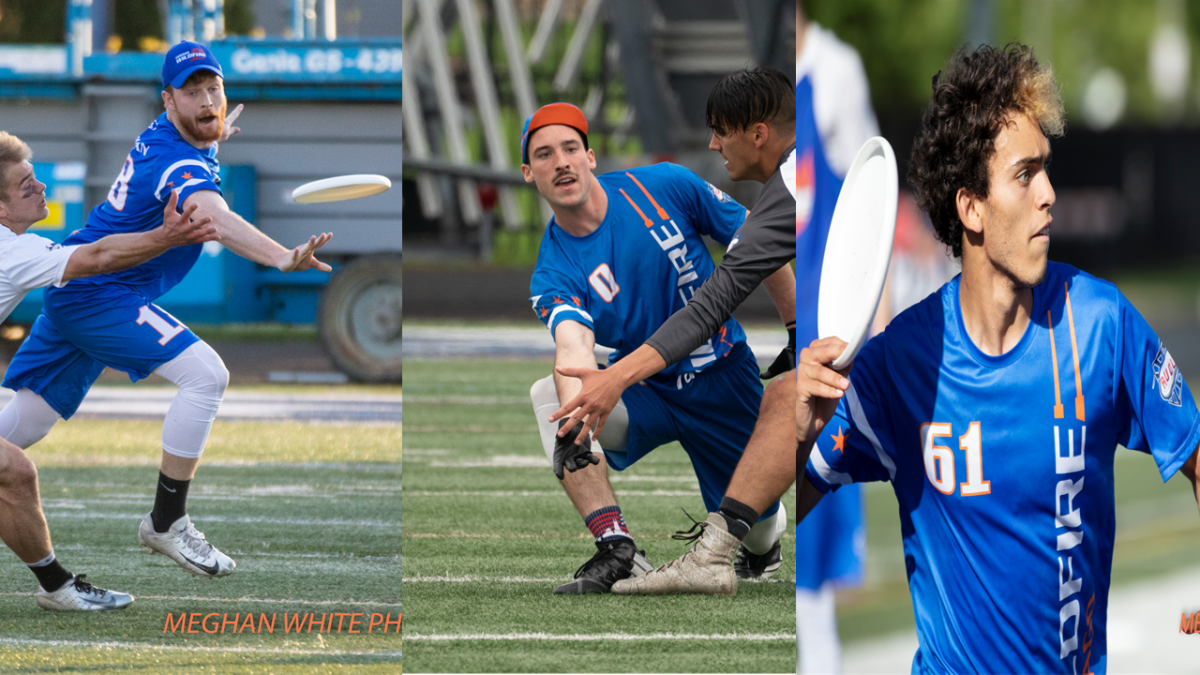 Head Coach Dave Woods expects that these players will be making noise in the upcoming season. He believes they will be key players contributing to the success of the Union. “We are excited to bring back one of the game’s best all-around players, Jack Shanahan. A couple of young players we are excited about are Jesse Johnson, who is one of the best all-around athletes I've ever seen and who is only going to continue getting better, and Jason Vallee, who can transform a point when he's in the zone.”

After an impressive rookie season, Jack Shanahan is back and ready to make an impact again. In 2019, Shanahan scored 26 goals, threw 19 assists, and had 4 blocks in his 11 games with the Wildfire. Shanahan is looking forward to stepping on the field again with his teammates. “It has been so long since we were all out there together striving for the same goal. The Chicago Union has a unique opportunity to reset since we are coming off a year with no frisbee. This is our time to create a new identity and culture for ourselves - one that is inclusive, competitive, and resilient.”

Shanahan reflected on the prolonged offseason and how the time-off affected him. “Having a year off, in general, has been great for my body. 2020 was full of at-home workouts, bodyweight movements, and a lot of physical therapy for nagging injuries. It will definitely take a little bit to readjust to the game again, but my ability to adapt to any role on the field is one of my greatest strengths. To add, I think my success on the field will come directly from my ability to take care of my body after practices, games, and workouts.”

Born and raised in Chicago, Jesse Johnson is a young and versatile player. He is known for his athleticism, as well as his entertaining and positive attitude. The 2019 season was the first for Johnson in the AUDL. Johnson believes he has grown a lot as a player since his rookie season. He has looked to improve his game by seeking out veteran players for advice. “I asked both Pawel Janas and Ross Barker to help me improve my throwing. Ross helped me a lot to develop my flick form during the 2019 season. I sought out Pawel to fine-tune my skills. He was great picking out flaws, explaining what mechanics need adjusting, and how to properly practice them on my own.”

Johnson is excited for new players to join the team and continue creating a competitive culture in Chicago. “This team has a lot of incredible players both on and off the field. What I love most about this team is that there is a good mix of younger and older talent. It has been really exciting to learn a lot from my teammates since 2019,” Johnson said.

Jason Vallee is another young player who is prepared to step up and find himself constantly on both ends of the disc. In his two seasons with the Wildfire, Vallee scored a combined 4 goals and has 10 assists. Vallee’s impact on the defensive line was impressive with his 100% completion percentage on 71 attempts. Vallee reflected on his past seasons and how he has grown as a player. “I now have a better understanding of how to see the field when I play offense and defense. My focus has shifted so I am now playing in such a way that I am maximizing the performance of my team as a whole as opposed to myself”.

Vallee also spoke about looking forward to playing ultimate again. “I am looking forward to getting to know my teammates better on and off the field. I expect my teammates to support each other, push each other, and put in maximum effort. I enjoy playing for this team because it gives me the chance to face strong matchups. I have also been able to get connected with the broader ultimate community and meet new people.”

The team is hosting closed, invite-only tryouts in the upcoming month. The AUDL regular season will begin in June and will conclude on August 21, with postseason playoffs to follow and a championship weekend on September 10 and 11.