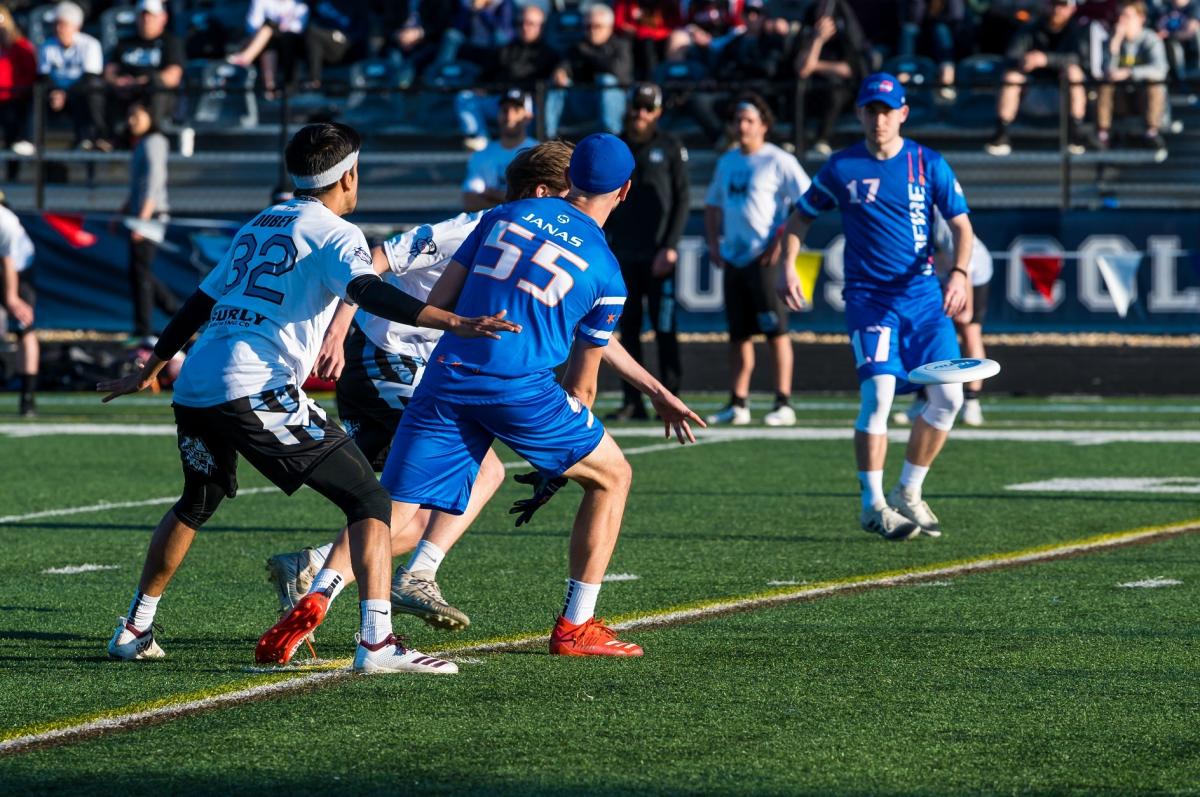 The Chicago Wildfire (2-0) remain perfect so far this season with a 23-17 win over the Minnesota Windchill (2-2) on Saturday. The victory followed a gritty road game at Minnesota involving last-second heroics from rookie Drew Swanson to secure the win. Going into Saturday’s home opener, Chicago aimed to prove that the outcome wasn’t a fluke.

“Minnesota came out roaring and popped us in the mouth,” said Wildfire coach Dave Woods. “They challenged our handlers by utilizing effective double-teams. We got back on our heels and made some adjustments.” The teams played evenly in the first quarter resulting in a 5-5 tie after 12 minutes of game time. The score remained knotted up through most of the second quarter with Wildfire gaining an 11-10 edge going into the halftime break.

Chicago’s leadership tweaked their strategy during halftime to emphasize defensive 1-on-1 intensity. That pressure paid off with crucial breaks in the third quarter. Throughout the second half, the Wildfire outscored Minnesota 12 to 7 leading to the 23-17 victory.

Coach Woods attributed their late-game success to the robustness of their roster, “We had almost all of our guys available and distributed points very evenly. This gave us energy late in the game and our offense went on a big run.

Wildfire captain Tommy Gallagher was quick to credit a fiery hometown crowd. “The fans at Langhorst Field were incredible all night long,” he said. “That was the best home game atmosphere I’ve had the pleasure of playing in and their energy had a direct impact on our play.”

With only two games completed it might be foolish to put any weight into statistics. But it’s notable that Chicago leads the AUDL in points-per-game at 24.5 and ranks third overall in completion percentage at 95.5%. Their leadership hopes this signifies a versatile offense able to outpace opponents in tight games. Gallagher noted: “The infusion of talent has revitalized the Wildfire. If we continue to sharpen our play, we will be playing meaningful games come the end of the regular season. That’s why we’re here.”

Wildfire will hit the road this weekend to take on the Pittsburgh Thunderbirds (0-3). You can catch all games live or on demand at https://www.audl.tv/.