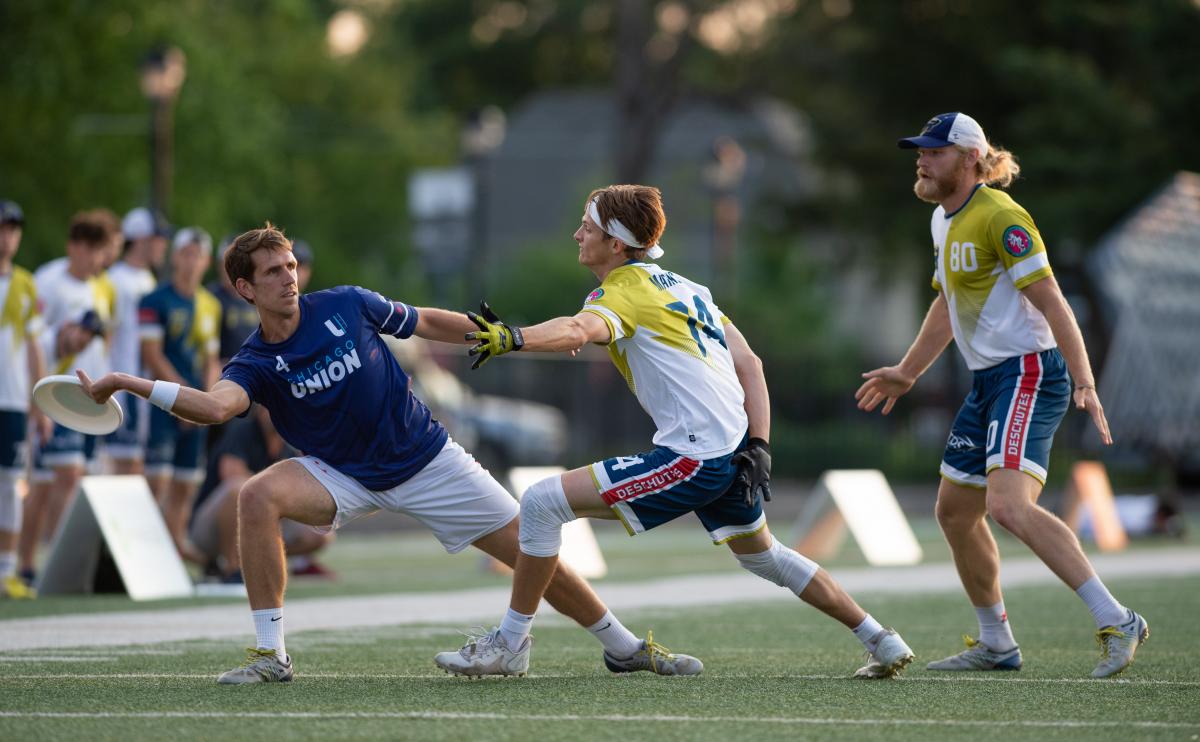 On Friday, July 30, the Chicago Union became the first team to clinch a playoff spot in the league after defeating the Madison Radicals 23-18 at Breese Stevens Field in Madison, Wisconsin.

“That win on Friday was special. It was the second of the grudge matches that we needed to win in order to take the series lead from Madison. After falling to Madison so many times before, it was gratifying to prove that Chicago is now the top team in the division. Playing in Madison is always an experience, but winning there is even sweeter,” said Dave Woods, Chicago Union Coach.

After trailing by two at halftime, the Madison Radicals went up 14-13 with about three minutes left in the third quarter after Madison Radicals’ Rami Paust found Avery Johnson to capitalize.

However,former Radicals Ross Barker and Pat Shriwise collaborated on an equalizer in the third followed by Peter Graffy), scoring a goal and tallying an assist early in the fourth, leading the Chicago Union to victory and ending the Radicals postseason dreams.

“We started the fourth quarter with an intensity that Madison couldn’t match and we managed to get a quick score followed by a couple of breaks. Our players did not allow Madison back in the game after that,” said Woods.

In addition to that, 28-year-old Paul Arters had a MVP worthy game for the Chicago Union after finishing with a season-high of 26 completions, six assists, and eight plus/minus. Graffy played a key role for the Union at his former home stadium. He recorded a total of two goals, two assists, and two blocks during Friday’s game against Madison.

“The focus was on playing one point at a time and playing sound offense. Last time we played Madison, we had a ton of unforced mistakes and we didn’t want to be the reason we lost again,” said 28-year-old Pawel Janas when talking about the team’s focus for Friday’s game against the Madison Radicals.

Currently sitting at 8-2, the Union have a chance to clinch a home playoff game if they can take care of business in their final two regular season games against the winless Detroit Mechanix.

The Chicago Union will play their final regular season game at home against the Detroit Mechanix on Saturday, August 7 at six o’ clock in the evening at Langhorst Field in Elmhurst, Illinois.