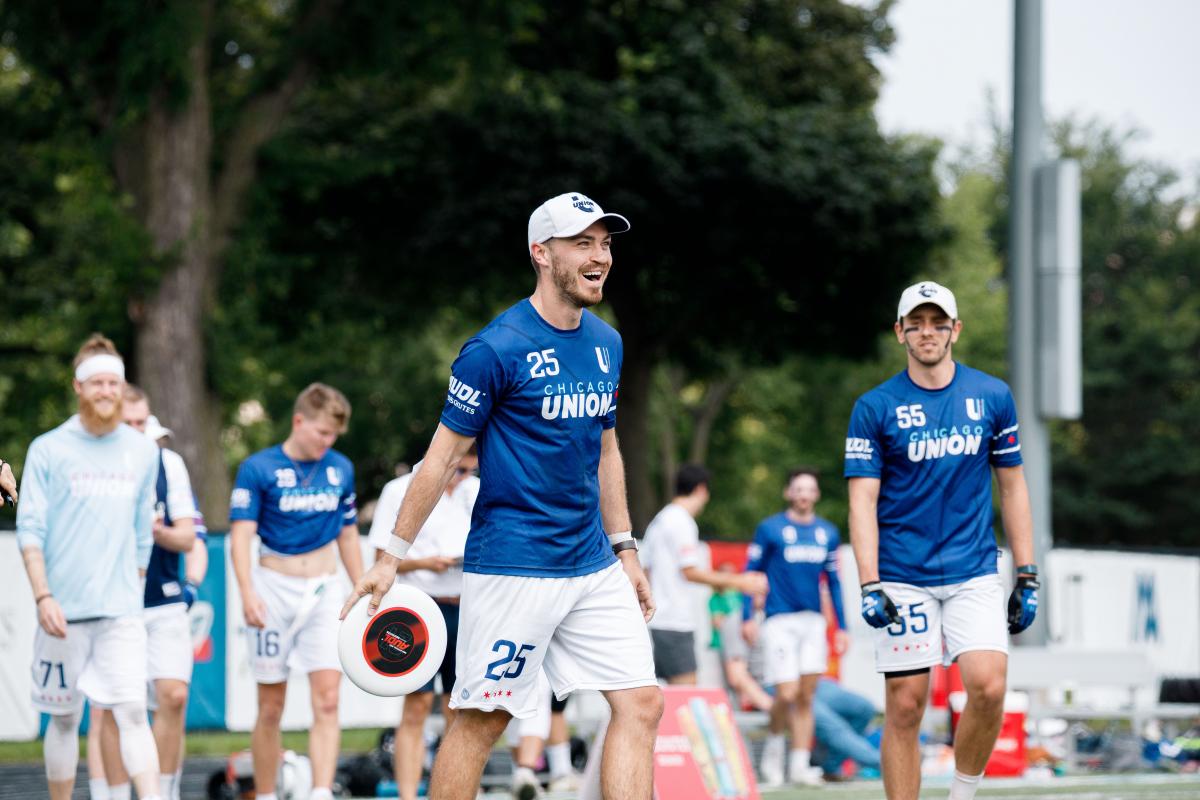 “It felt great to win on Sunday! It was how we needed to bounce back. The team didn’t try to force too many extremely challenging throws and took care of the disc. Last week in practice we turned our focus inwards as opposed to hyper-focusing on what the other team’s strategy was. We found success early in the season when we focused on our own play and how we could improve, so we resorted back to that and it gave us a big win,” said  Ross Barker, one of the captains of the Union.

In Sunday’s game against the AlleyCats, Pawel Janas registered six assists and accumulated a game-high of 612 total yards, including 484 yards with his throws. Additionally, Barker led the Chicago Union to victory with five goals, three assists, two hockey assists, zero turnovers, and 371 receiving yards, making him the only player in the league to have at least 300 receiving yards in a game that was won this weekend.

“The key going forward to all our remaining games is, again, focus. I think we were a bit overconfident last time we played Minnesota and lost our intensity and desire to win. This time, we are treating it as a must-win game against a very good opponent,” said Janas.