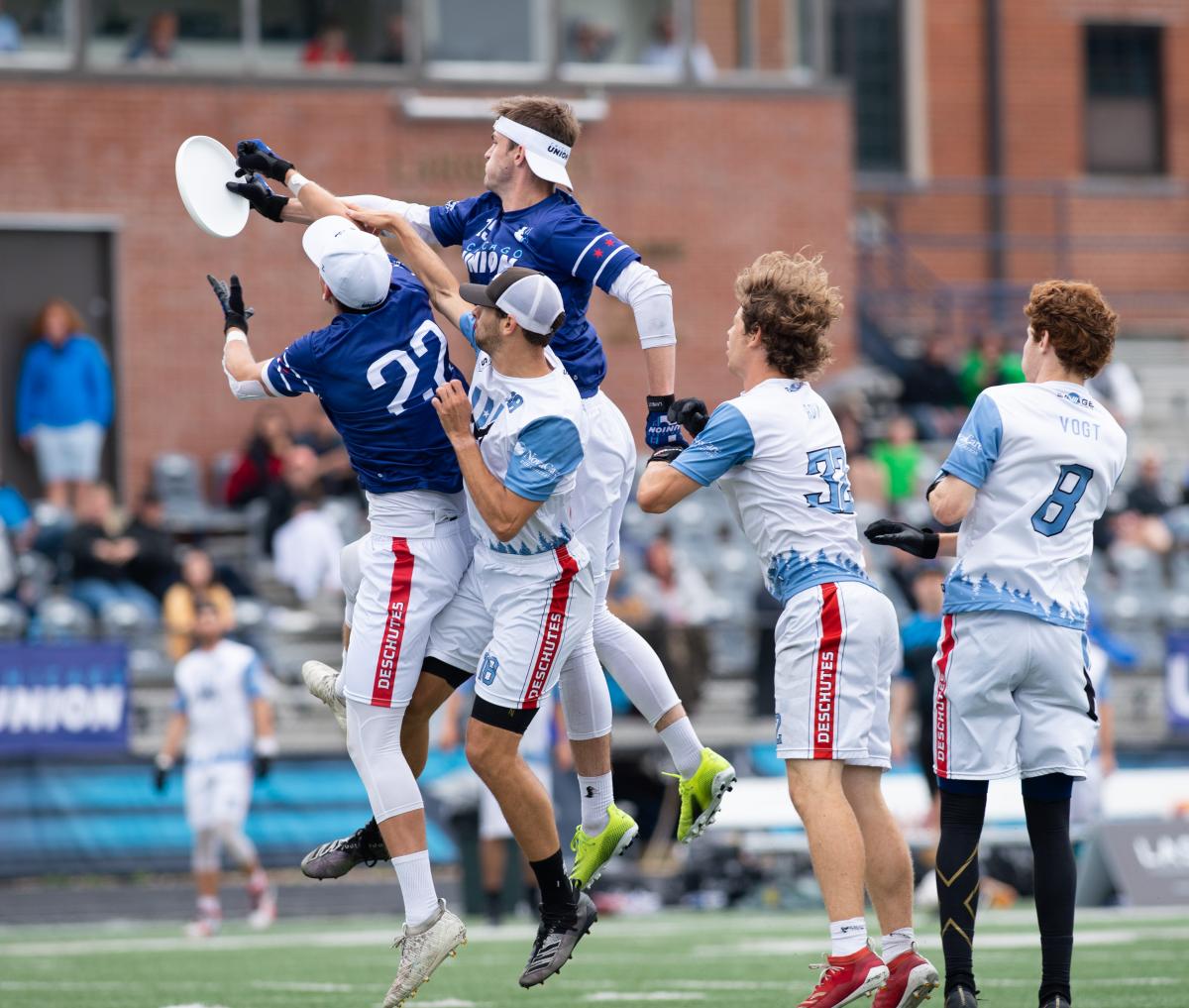 The Chicago Union faced off against the Minnesota Wind Chill on Sunday, July 11 which resulted in the Union’s second loss of the season.

“We responded with intensity, which is what was asked. In the final quarter of the weekend, our defensive pressure was palpable, and it was driven by our guys on the field and on the sideline,” said Dave Woods, Chicago Union Coach.

During Sunday’s game, Drew Swanson single handedly kept Chicago in the game with six blocks. Swanson picked up two blocks as well during Saturday’s game, pushing his full-season total to 17 blocks. He currently leads the league through the first six weeks of the season.

“We went from being one of the most precise teams to one of the sloppiest overnight,” said Coach Woods when discussing what needs to be worked on in preparation for next Sunday’s game against the Indianapolis AlleyCats.

Chicago made a run with 96 seconds left in the fourth and final quarter against the Wind Chill but could not capitalize on the chance to tie the game. The Wind Chill ended up winning all four end-of-quarter situations, proving to be a critical difference in the final score of this game.

“I think Madison and Minnesota deservedly led by example this past weekend. I believe in the next matchup against them, they will face a different team,” said 27-year-old Keegan North.

For the past six weeks of the season, the Chicago Union were frontrunner favorites to win the Central Division. Now, Chicago’s regular season fate depends on their ability to recalibrate and get some wins in the games coming up on July 24 and July 30 against the Madison Radicals and the Minnesota Wind Chill.

“Goals for the remainder of the season are to improve every time we’re together and have a sense of urgency. Time goes by quickly and we can’t waste a single minute of it,” said 27-year old Ross Barker.

The Chicago Union will face off against the Indianapolis AlleyCats this weekend on Sunday, Ju1y 18, at one o’ clock in the afternoon at Langhorst Field in Elmhurst, Illinois.