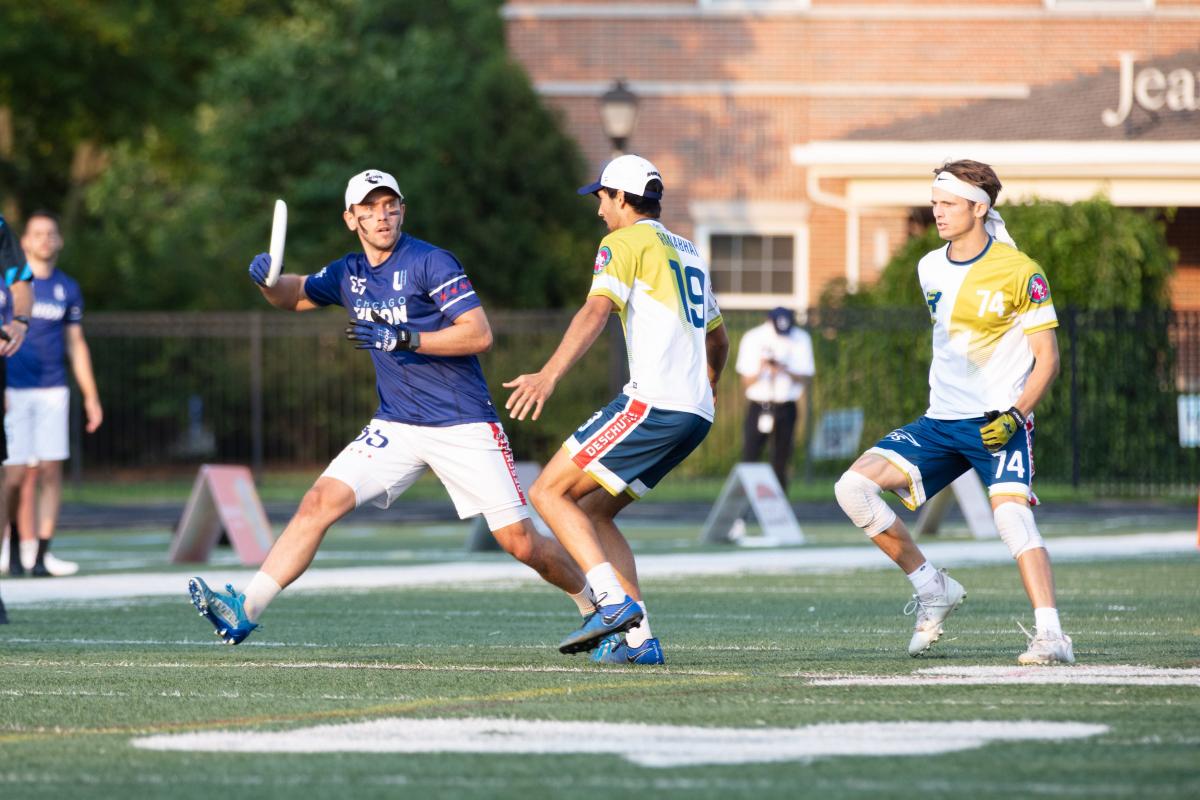 On Friday, July 2, the Chicago Union faced off against the Madison Radicals at Langhorst Field.Chicago transformed a tied halftime score into a three-goal win over Madison, winning 18 to 15 and continuing their undefeated run of 5-0.

“It felt great to win against Madison. That might be MY first win against the Radicals since 2014 or 2015. Madison is always good and always competes, you can’t look at their record and you can never overlook them. Madison will always be a competitive team, but we were able to limit mistakes and match their energy,” said 33-year-old Von Alanguilan for the Chicago Union.

Both 25-year-old Peter Graffy and 33-year-old Alanguilan also registered two blocks a piece in Friday’s victory with Alanguilan receiving the “blockchain” after his highlight-reel block with only 9:33 left in the fourth quarter.

“My primary focus was to win my matchup and stick with the game plan for that point. Once the thrower received the disc, I disguised my coverage by initially going towards my offender but having my eyes on the disc. As soon as my cutter got into an inactive position I was able to anticipate and make a play on the disc for the defense,” said Alanguilan.

In Friday’s victory over the Madison Radicals, 25-year-old Drew Swanson snagged two goals and two blocks, making him one of three players in AUDL history to average multiple blocks per game in at least 15 games. In addition to this, 28-year-old Pawel Janas led the Chicago Union with 684 total yards while also completing all 51 of his pass attempts.