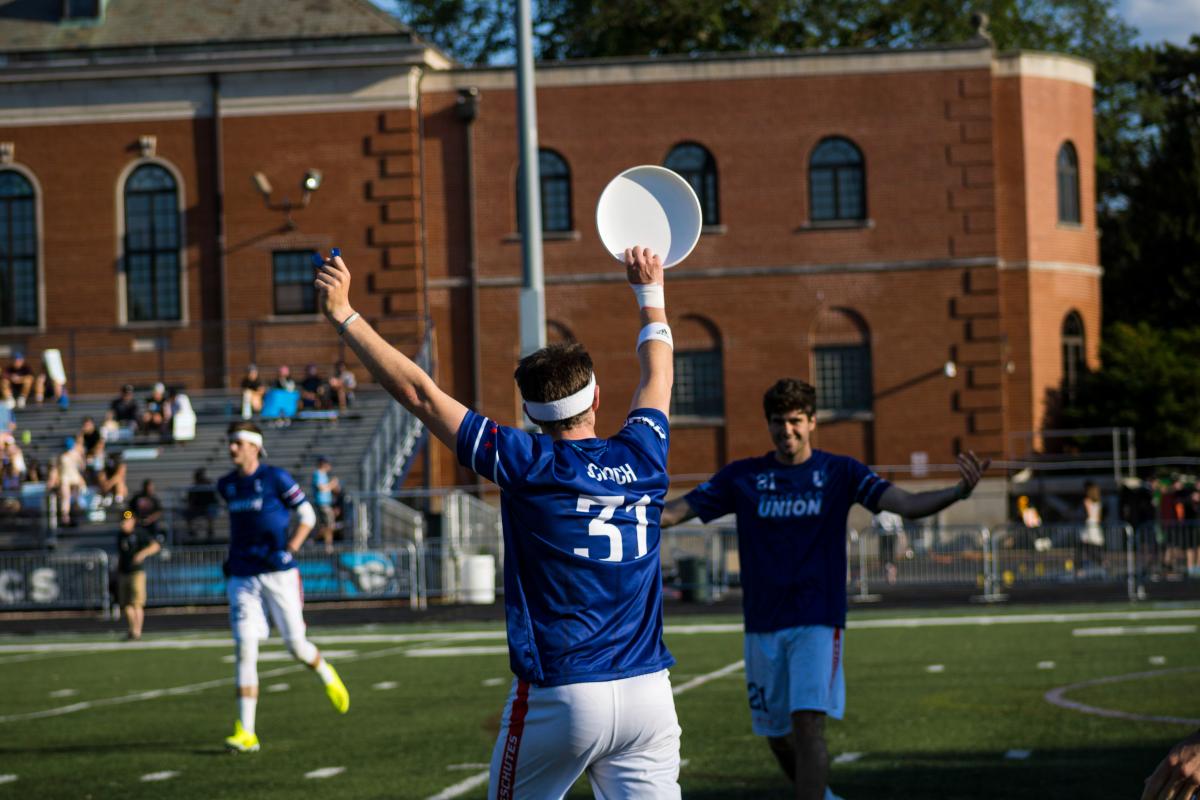 On Saturday, June 26, the Chicago Union played their second matchup of the season against the Indianapolis AlleyCats at Grand Park in Westfield, Indiana. The Chicago Union led 16 to 8 at halftime and ended up defeating them 28 to 20, in a close game giving the Uniontheir second win of the season against the AlleyCats and a continued undefeated run of 4-0.

“It felt good to go out to Indy and get a win. It has been a long time since we have been able to go into their house and leave feeling like we have played to the best of our abilities. Those guys are athletic, but we came out, and really executed our game plan,” said Captain, Jeremy Burril.

During Saturday’s game, two specific plays definitely caught the fans' eyes. First, Nate Goff’s SportCenter featured highlight has been the talk of the last few days. In addition, Tim Schoch performed a highlight-reel Callahan move which you usually do not see very often, boosting the Union lead with only one minute left in the third quarter.

“I didn’t realize I had popped it up until I heard someone say “catch it” and so that’s what I did. I got the “blockchain” after the play but the six other guys on the field made that happen as much as I did,” said Schoch.

In addition to that, 28-year-old Pawel Janas collected 767 yards and also tallied seven assists, three goals, and completed all but one of his 41 throws in the Chicago Union’s 28-20 victory against the Indianapolis Alleycats.

“Our mental strength is something that we’ve worked on as a team all year. Travel games are always distracting and mentally draining. I think this is why we see so few away victories in this league. So, when there was a tornado blowing through Chicago as we were supposed to be getting on the road to Indy, I definitely expected that it would throw us off. All season, I have been mixing stoic principles into our communications and huddles. One of those is focusing only on those things which are in our control - our attitude, our focus, our intensity, and our energy on the sideline. This has helped us find success even when facing challenging circumstances,” said Dave Woods, Chicago Union Coach.

The Chicago Union are back at home on Friday, July 2, where they will be facing off against the Madison Radicals at seven o’ clock in the evening at Langhorst Field.