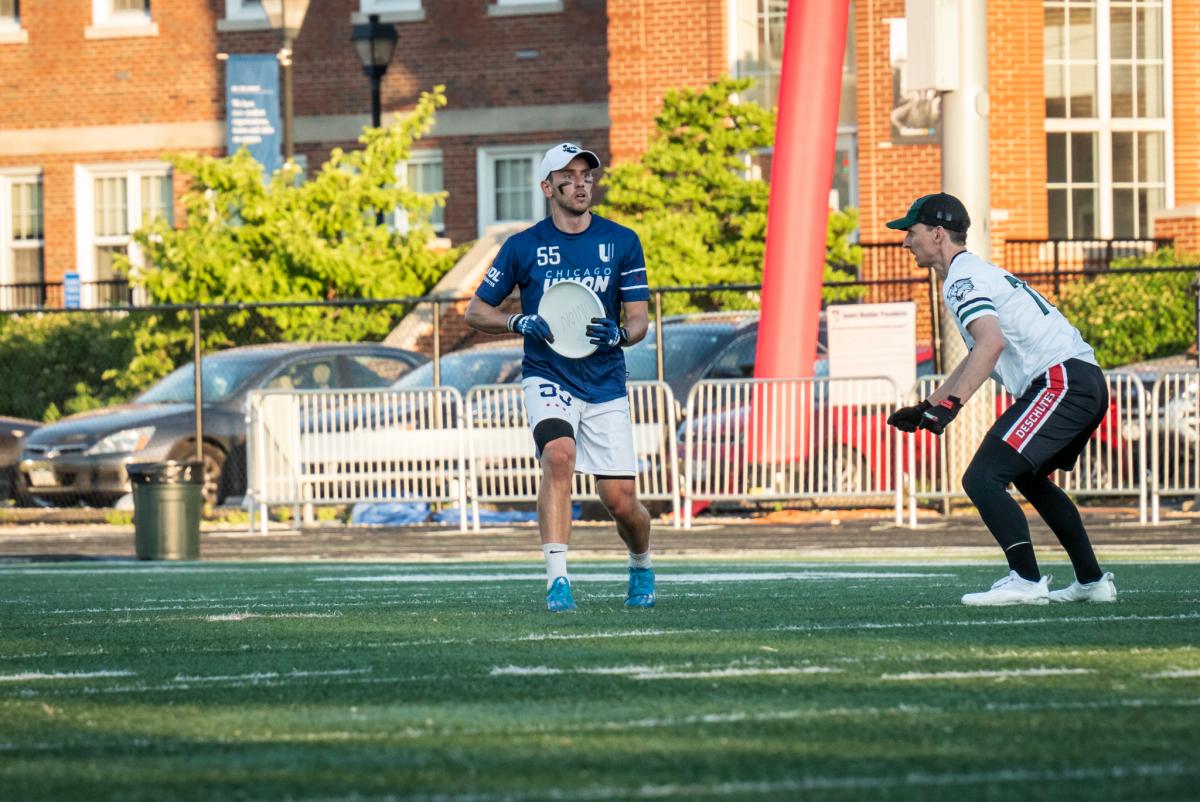 The Chicago Union will take on the Indianapolis AlleyCats on Saturday, June 26, 2021 at eight o’ clock (eastern time) in the evening at Grand Park in Westfield, Indiana.

“This will be our second matchup against the ‘Cats this year so I think the focus will be re-creating the success we had against them the first time,” said 28-year-old Pawel Janas for the Chicago Union.

In the 31 games that have been played this season,there has only been three games where a player was able to accumulate 300 total receiving and throwing yards. Indy’s 28-year-old Travis Carpenter racked up 253 yards receiving and 609 yards thrown in his first game against the Detroit Mechanix.

“Carpenter is a dynamic player who can hurt you anywhere on the field. Xavier Payne is a good thrower who’s always dangerous in the backfield. Coach Woods has implemented a great defensive scheme and everyone on our roster is a great player who knows their role, the scheme, and can win their matchups. We did a good job playing team defense against the Alleycats in the season opener. If we do that again I’m confident we will slow the Alleycat’s offense and win the game”, said 25-year-old Eric Blais for Chicago Union.

On Saturday, June 20, 2021, the Indianapolis AlleyCats lost 20-24 in a close game against the Madison Radicals making the AlleyCats record an even 2-2..

This will be Chicago’s second road game of the season as they look to continue their unbeaten streak. “We will be playing indoors so throwing far and more accurately is much easier. One huge key we have any time we travel to play the ‘Cats is guarding spaces that are usually unavailable when we play outdoors. Another key is stopping their 2 or 3 playmakers on offense and make guys 4-7 beat us - they are very top-heavy,” said Pawel Janas.

The Chicago Union are back at home on Friday, July 2, 2021 where they will be playing against the Madison Radicals  at seven o’ clock in the evening at Langhorst Field in Elmhurst, Illinois.