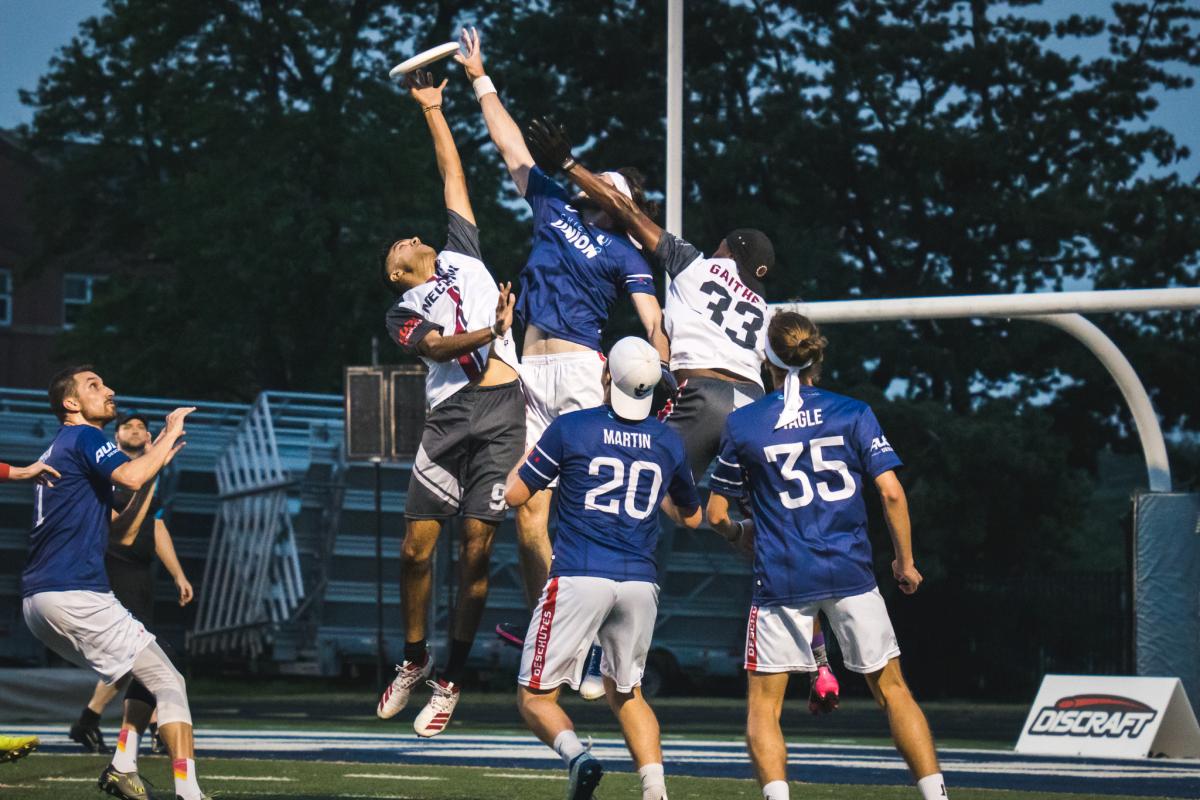 “It’s always great to get a win and it’s nice to be heading into the playoffs with a 5-game win streak. I think we were happiest that we started the game strong and never really had a lapse where we allowed Detroit to get back into the game. Because of that, this game felt very different from our previous game against Detroit, where we started slow and were playing from behind for a good portion of the game,” said 31-year-old Danny Miller, discussing the win on Saturday.

In Saturday’s game, the Chicago Union scored the first four goals of the game and took a 14-7 lead heading into halftime and ultimately sealed the deal to capture the win. The Union’s defense went 11-for-18 on break chances, recording 16 blocks, just two away from the Chicago Union’s season-high. Over the last four games, Pawel Janas has recorded 21 assists, is averaging 49 completions, and 454 passing yards per game. On Saturday, Janas added to these stats after recording five assists, throwing 524 yards, and finishing with a total of 709 yards. This season, Janas has collected 10 wins, 50 assists, one of the best completion rates (97.4 percent) among high-usage handlers, and over 6,000 total yards of offensive performance, Janas remains as a favorite for MVP and has been a key contributor in the Chicago Union’s success so far this season.

Captain Ross Barker has also played a significant role in the  Chicago Union’s success this season. He has recorded 62 scores in 11 games (5.6 per game), 2,554 receiving yards, a completion rate of 94.9 percent and has a total of 16 scores in three games against the Minnesota Wind Chill this season and looks to add to these stats in this weekend’s game.

“Phenomenal regular season. 10-2 is a NICE record… This is the best season Chicago has ever had percentage-wise at 10-2. After the Detroit game, myself, Pawel, and Coach Woods just sat on the bench after everyone had cleared the field and just soaked it in. But now’s not the time to reminisce and relax. Got more work to do and more to give,” said Barker when asked about his thoughts on the regular season.

The Chicago Union will look to get their first ever postseason win this weekend and punch their ticket to Championship Weekend in Washington D.C.

“The attitude and mentality going into this playoff game is all business now. It’s win or go home. There’s no room to not bring the intensity every day,” said Barker.