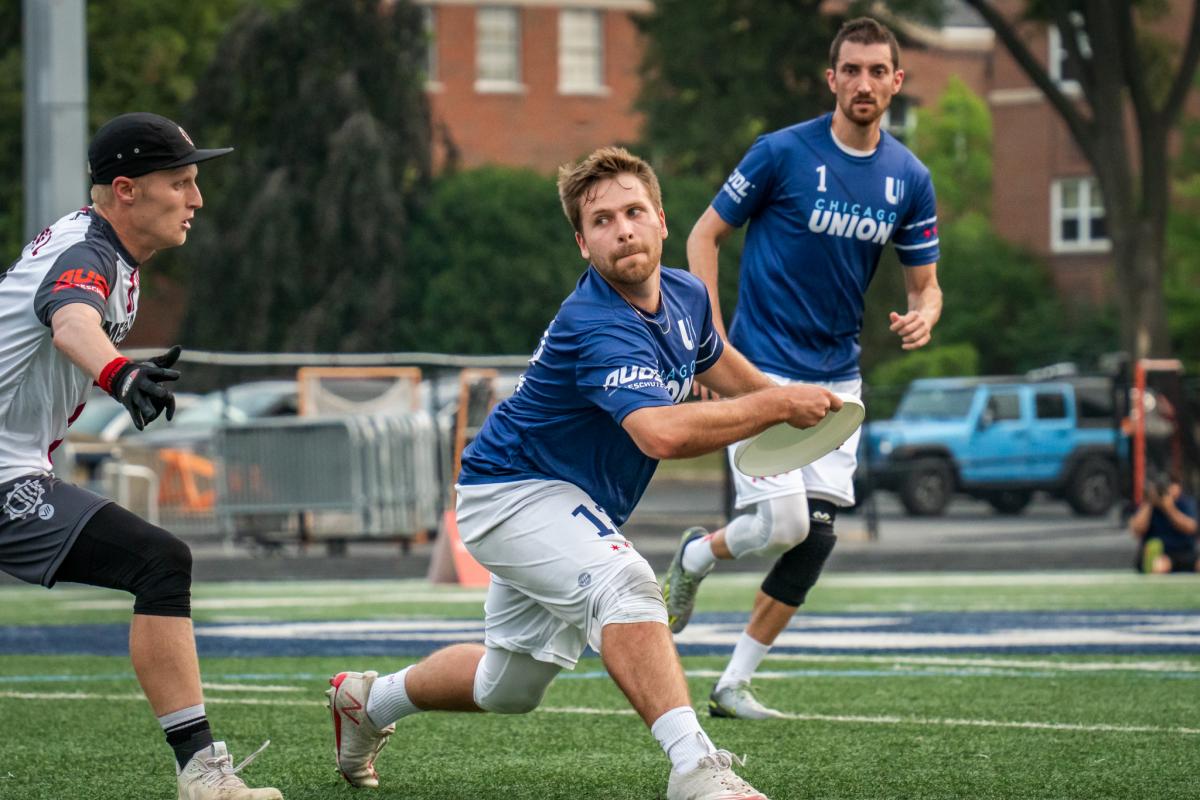 The Chicago Union will play their final regular season game against the Detroit Mechanix on Saturday, August 21, at six o’ clock (eastern) in the evening at South Christian High School in Byron Center, Michigan.

“Going on the road always presents a different challenge. Whether it’s us leaving late because of towed cars, a literal tornado, or a lack of Panera’s on the way, we always seem to find a way to come together and focus up before the game. Once we show up to the field it is business as usual. We much prefer having our home fans cheering us on, but we really enjoy silencing our opponents' crowds as well,” said captain, Jeremy Burril.

On August 7th, the Chicago Union defeated the Detroit Mechanix 20-16, contributing to  the Mechanix’s losing streak of 48 straight games. The game had a bizarre feeling at halftime when Detroit went up 9-6. In the third quarter, Chicago took control and produced four consecutive breaks, outscoring the Detroit Mechanix 7-2.

“Saturday was a testament to the depth of our roster. Obviously, we were running a little short-staffed and we were missing a large part of our roster. Even with the coach and the owner on the field, we were running at a roster of 18. The guys stepped up and came together in the third quarter to pressure Detroit’s offense with the same intensity as our full regular roster and they converted breaks when needed. It was a true display of grit and determination from all of our guys who were there,” said Dave Woods, Chicago Union Coach.

Coming off a week 11 bye, the Chicago Union have a chance to lock up the Central Division’s top seed along with the accompanying home playoff game if they can defeat Detroit this weekend.

“The key to winning next week will be limiting our unforced turnovers. Detroit did a great job of capitalizing on our mistakes last week, and we need to make sure that does not happen again. We need to stay focused and continue to compete every single practice. Having clinched a playoff game, it is extremely important that we get our guys healthy, and do some fine tuning heading into the end of the season,” said Burril.

The Chicago Union will play their playoff game on the weekend of August 27th - 29th. More details to follow about the opponent, date, time, and venue.