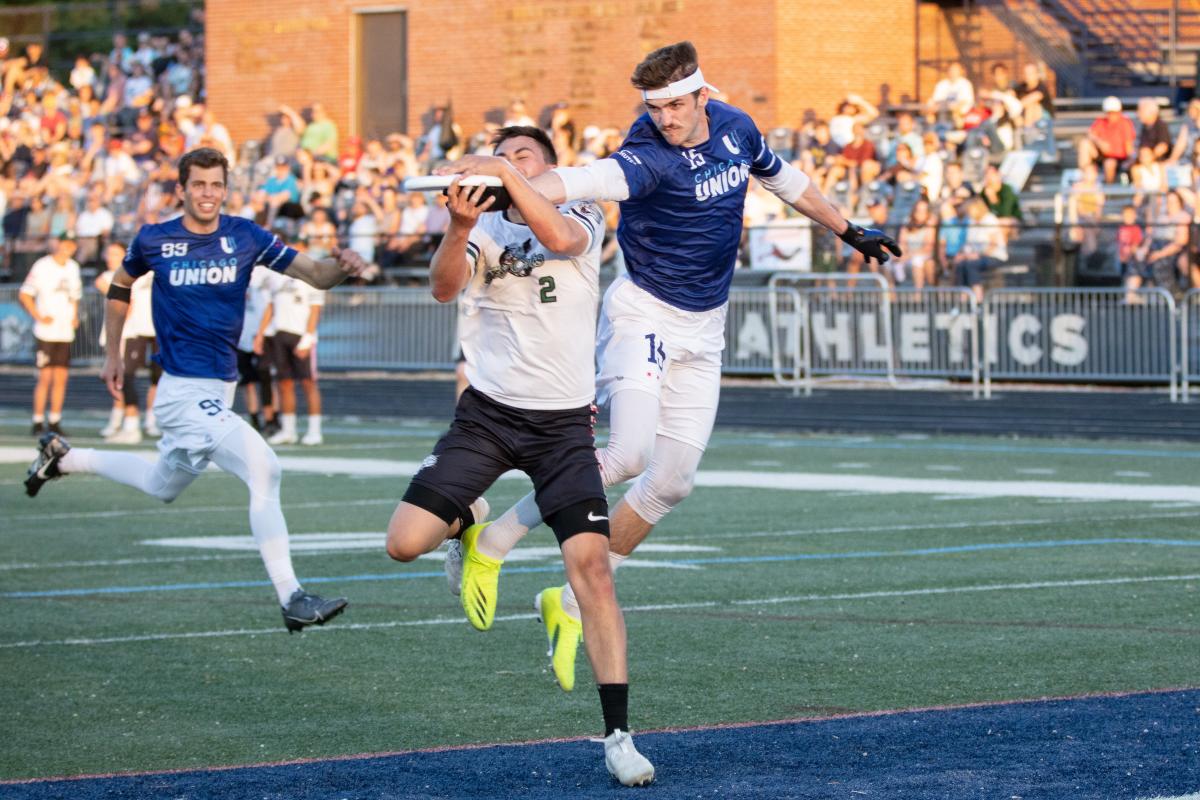 Chicago Union is set to face off against the Minnesota Wind Chill this weekend on Saturday, June 12, 2021, at six o’clock in the evening at Elmhurst University’s Langhorst Field in Elmhurst, Illinois.

Last Friday night, the young Minnesota team showed their mental toughness while missing one of their star handlers, Josh Klane. At the start of the fourth quarter, Brandon Matis scored an out-of-nowhere rundown goal exemplifying the Minnesota Windchill’s hustle and drive. They were able to come away with the win after a gritty OT battle with the Madison Radicals.

The Chicago Union did not disappoint in their home opener against the AlleyCats. The team came out strong and never looked back after going up 4 to 1 halfway through the first quarter. The leading scorer for the night was Ross Barker who had four goals and three assists. 11 other Chicago Union players put a tally on the board to secure the win. As a team, the Union completed 97% of passes and overall had 243 completions. The Chicago Union also showcased a strong defensive effort as they totaled eight blocks, three coming from Drew Swanson and two from Nate Goff.

The Chicago Union have balance and depth throughout their roster but are in need of a challenge moving forward. The Minnesota Windchill were early favorites picked to win the Central Division but with most recent additions to Chicago Union’s roster, and their already strong core, this will be one of the most anticipated matchups of the season.

The Chicago Union will play their next game against the Detroit Mechanix on Saturday, June 19, 2021 at six o’ clock in the evening at Grand Rapids Christian High school in Grand Rapids, Michigan.