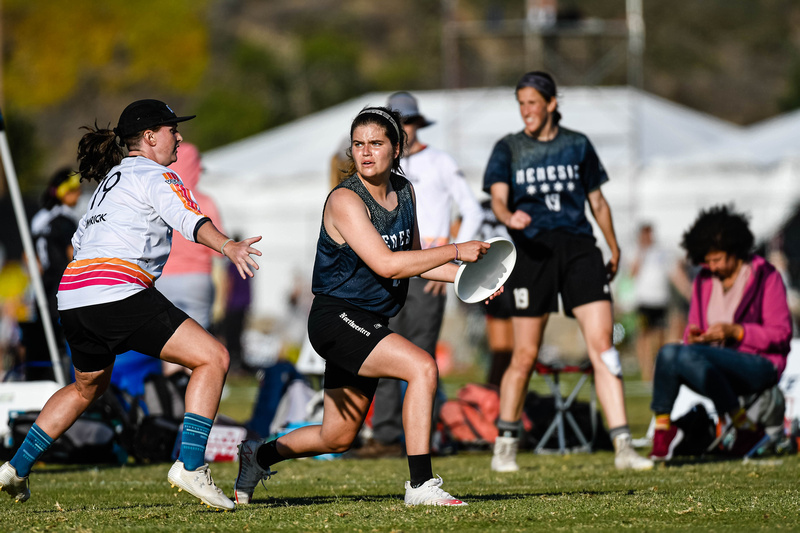 The Chicago Union is excited to announce the hiring of Assistant Coach, Sara Gnolek, for the upcoming 2022 season.

Gnolek has experience playing for the Northwestern Women’s Team (previously called Gungho) from 2015-2020. For the Club scene, Gnolek previously played for Madison Heist and is currently playing for Chicago Nemesis. In 2019, she joined the Premier Ultimate League and made her debut for the Milwaukee Monarchs in the 2021 Midwest weekend championship.

She will coach along Head Coach Dave Woods, who joined the team in 2016 and became Head Coach in 2019.

“Personally, I am grateful for the opportunity to grow both my knowledge of the sport and my leadership abilities and would like to thank Dave and the captains for their enthusiasm for having me on board,” said Gnolek.

Gnolek was enthusiastic to share how she attended various Chicago Union games and even took the opportunity to discuss strategy with her accompanying friends. She shared with us that professional ultimate is unlike anything else in the ultimate community. “[...] unlike clubs, teams play weekly and every game is filmed resulting in a more interesting season progression as teams respond and adjust to their opponents a lot quicker and have more film and stats to use."

Gnolek came highly recommended by players from both within and outside the Chicago Union organization.

“After meeting Sara with the Union captains and hearing about her experience and vision, we agreed that she is a great fit for our team.I am looking forward to collaborating with her and incorporating her passion for strategy and team development into our program,” said Woods.

Gnolek is the first-ever female coach to join the team since its inception in 2012.