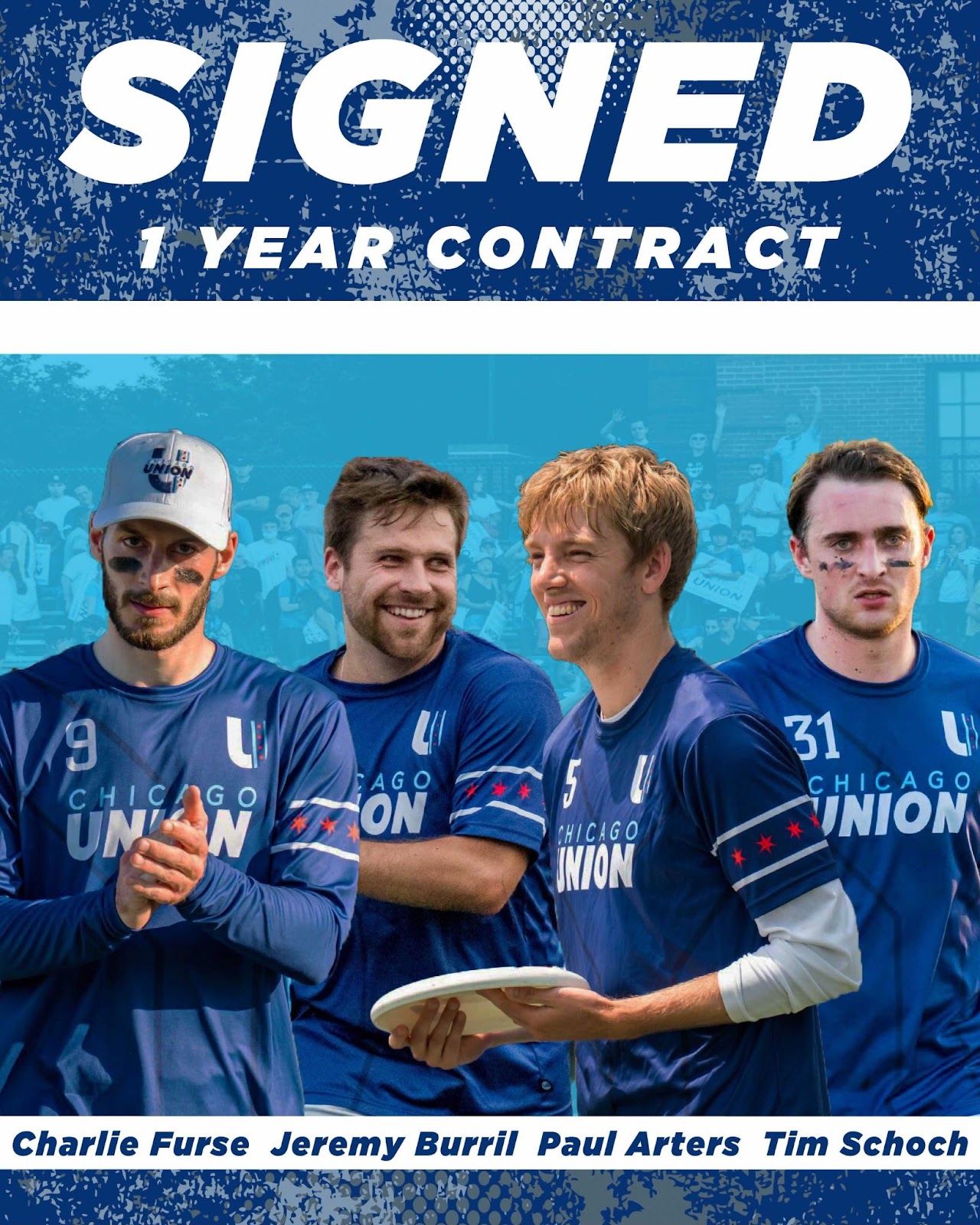 The Chicago Union are excited to announce a series of returning player signings for the upcoming 2022 season. Paul Arters, Charlie Furse, Jeremy Burril, and Tim Schoch have all signed 1-year contracts with the team.

Arters returns for his second season with the Chicago Union. He played in nine games during the 2021 season and produced 22 goals, 29 assists, 4 blocks, and had a 96.8 percent completion rate. Arters was also named to the 2021 AUDL All-Rookie First Team.

These four additions now brings the roster to 14 players:

The official roster release signing day will be on Sunday, March 13.

The Chicago Union will open the 2022 season on May 1 against the Pittsburgh Thunderbirds at De La Salle Institute. The full season schedule can be found here.

Season and single-game tickets are available at shop.gochicagounion.com.