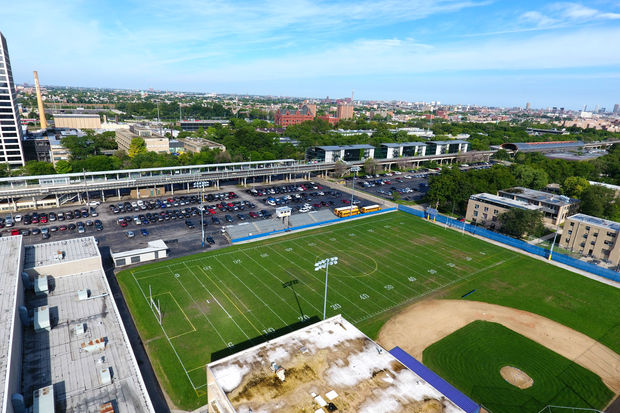 The Chicago Union have officially announced their stadium change for the 2022 AUDL season. The team will be transitioning back to the city of Chicago for the first time since the 2017 season.

“We’ve been eager to get back into the city and are really excited at the opportunity given to us this season. It feels like a “coming home” situation,” said Ross Barker, one of Chicago Union captains.

The previous home stadium, Langhorst Field, will be receiving a new makeover with turf renovations being done throughout the summer. The Chicago Union would like to take the time to thank Elmhurst University and the entire community of fans in the western suburbs for the support that they have shown the team the past two seasons. It has been incredible to see the growth of the sport - especially youth camps - around the surrounding suburbs.

Founded in 1889, De La Salle Institute is a private, Catholic, coeducational secondary school in the Bronzeville neighborhood on the South Side of Chicago. The school is located three blocks east of Guaranteed Rate Field, home of the Chicago White Sox.

“We have built a really great partnership with the school already. Their administration is extremely supportive, engaged, and wants to see the sport grow. We have talked about some ideas for how we can build out the gameday experience to make a really fun environment for fans, and they have been behind us and contributing with anything we need,” said CJ O’Brien, the team's owner.

The Union are looking forward to the upcoming 2022 season and are excited to be coming back home to Chicago! Tickets for the 2022 season are available for purchase here.