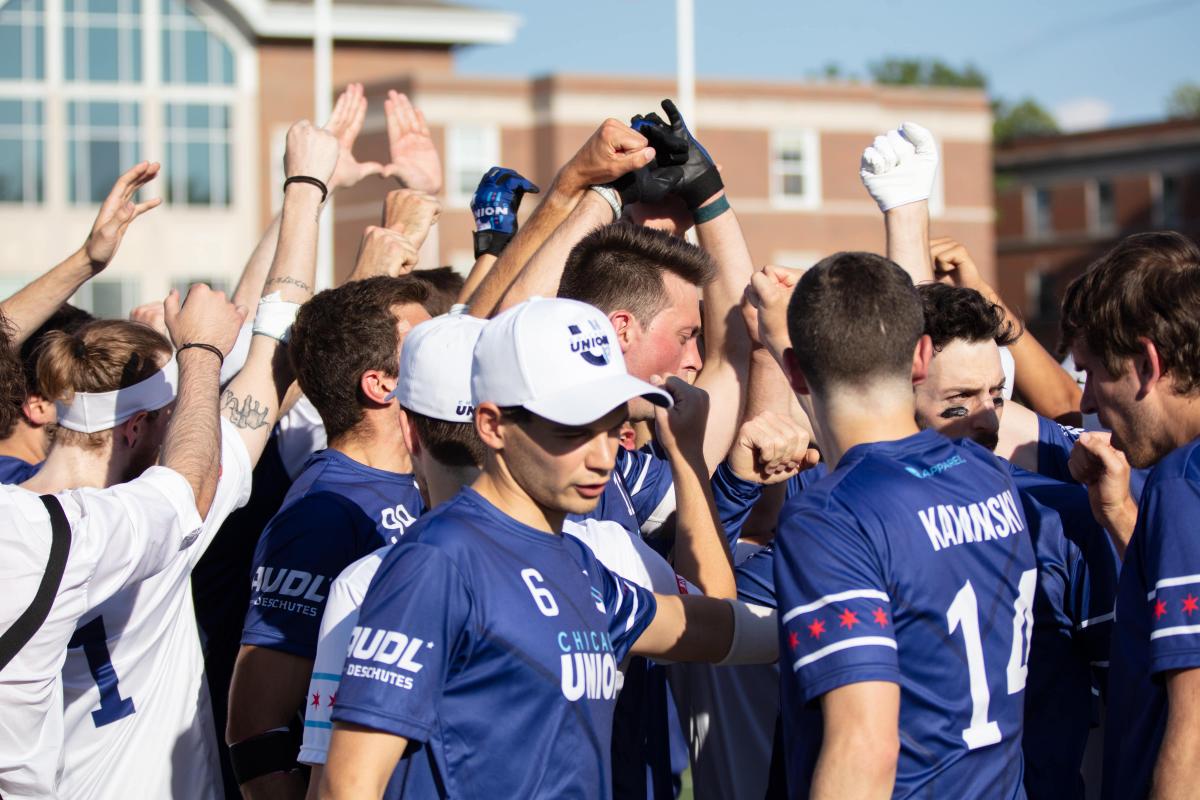 Championship Weekend 10 is here! The Chicago Union will be facing off against the Raleigh Flyers on Friday, September 10, at seven o’ clock (EDT) in the evening in the second semi-final game at AUDI Field in Washington, DC. This will be the Chicago Union’s first trip to Championship Weekend while the Raleigh Flyers return to the big stage since their last time in 2015.

The Chicago Union ended their regular season with a record of 11-2 and defeated the Minnesota Wind Chill 21-19 in a legendary comeback last weekend to keep their postseason alive in the 2021 Central Division Championship Game and locking in their first ever postseason win in franchise history.

“Now, we have this exciting game under our belts and I think we’ll come out firing in DC,” said 28-year-old Pawel Janas. This season, Janas has recorded five-plus scores in every game, has averaged 4.6 assists, over 550 total yards of offense per game, and a career-best 97.2 percent completion of his throws.

The Raleigh Flyers ended their regular season with a record of 9-4 and defeated the DC Breeze 19-16 in the Atlantic Division Playoffs this past weekend. In this game, one of the Flyers’ best all-around players, Eric Taylor finished with three scores, a block, nearly 300 yards of offense, and went 19-of-19 on his throws

Janas and Taylor will be two players to watch this weekend in Friday's semi-final game as these teams battle for a spot in the Championship Final.

“It all comes down to mental focus and execution. We’ve found success when our guys play within the system and lean on their individual strengths to contribute to the collective unit. We’ve struggled this year when players try to do too much, or have the idea that we should win a game so it will come easily. I know our players have what it takes to be mentally and physically ready for the challenges ahead, at this point it’s just a matter of execution,” said CJ O’Brien, Chicago Union Owner.

Two legendary playoff comebacks from these two teams. Which will advance to the Championship Final Game and have the potential to win it all?

The 2021 Championship Game between the final two teams will be held on Saturday, September 11, at seven o’ clock (EDT) in the evening at AUDI Field in Washington, DC.