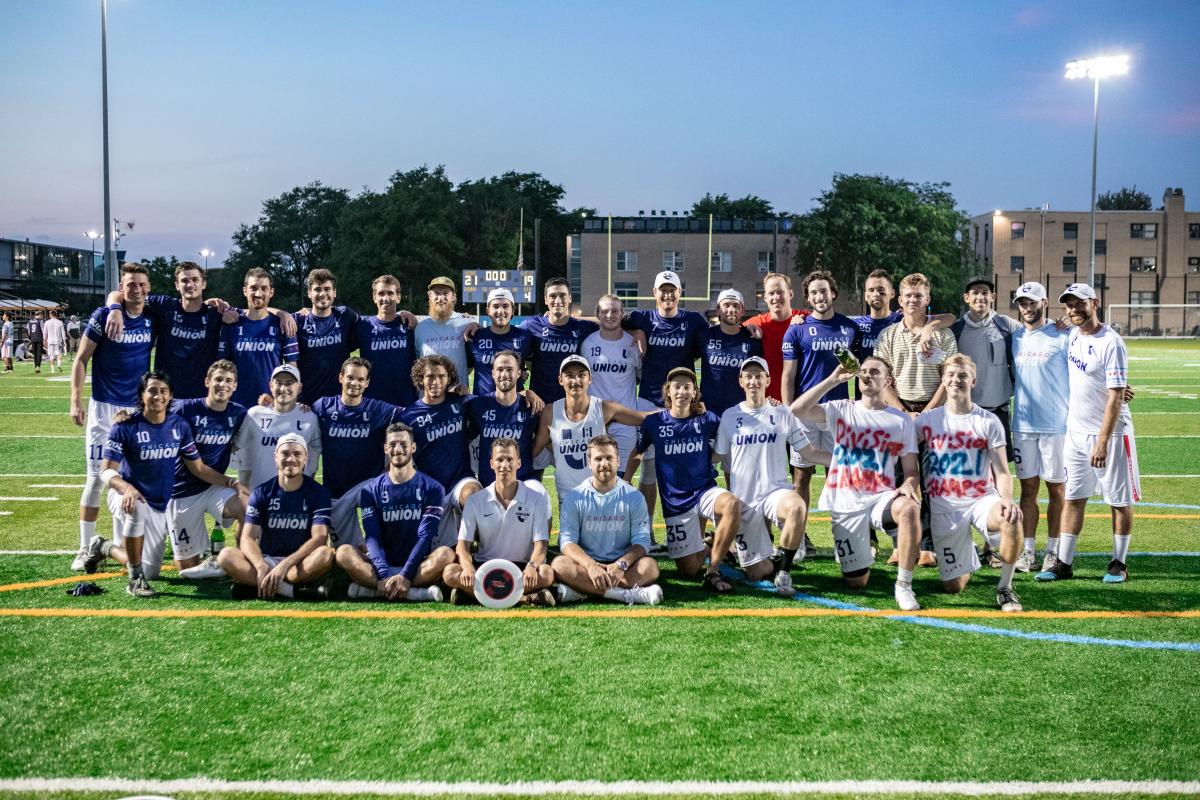 On Sunday, August 29, The Chicago Union faced off against the Minnesota Wind Chill for the title of Central Division Champions, at De La Salle Institute in Chicago, Illinois, defeating Minnesota 21-19. The last five minutes of the game is where the real story is though.

“The wildest last five minutes of a game I’ve been a part of, for sure,” said 28-year-old Pawel Janas.

With five minutes left in the game. and the 2021 season, the Chicago Union outscored the Minnesota Wind Chill 5-0. The Wind Chill were about to put the nail in the coffin of the Union’s season when all of a sudden Nate Goff swatted Josh Klane’s huck and Paul Arters threw the game-tying goal to Von Alanguilan, giving the Union a sense of momentum.. 45 seconds later, Arters calmly intercepted a pass and delivered the go-ahead assist to Keegan North, giving the Union a 20-19 lead. Arters finished the game with five assists, three goals, two blocks, 599 yards, and a game-high of plus eight. In addition to those stats, he also led the team in both throwing yards (340) and receiving yards (259), adding him to Evan Lepler’s Week 13 Honor Roll list.

This come from behind performance by theChicago Union locked in their first ever postseason win in franchise history and punched their ticket to Championship Weekend in Washington D.C.

“It was pure euphoria! Had moments of tears of relief/joy that we won that game. It was pretty emotional. I am so excited we get to play for two more weeks and then compete at Championship Weekend,” said Captain Ross Barker.

Championship Weekend Ten will be held at Audi Field in Washington, DC on September 10-11. This year will be a final four style event due to the Canadian Teams competing in their own Canada Cup due to COVID concerns from the beginning of the season.

“Six months ago we could not have guessed the 2021 season would turn out like this. We had just been through an exhaustive rebrand, we didn’t know if we’d be able to have fans in the stands, or even if we’d have a season at all. I never could have imagined it would turn out like this. Coach Woods and our captains Ross Barker, Jeremy Burril, and Charlie Furse deserve all the credit - they put together a formidable roster and every one of our players have put in the work to earn this opportunity to compete for a title,” said CJ O’Brien, Chicago Union Owner.