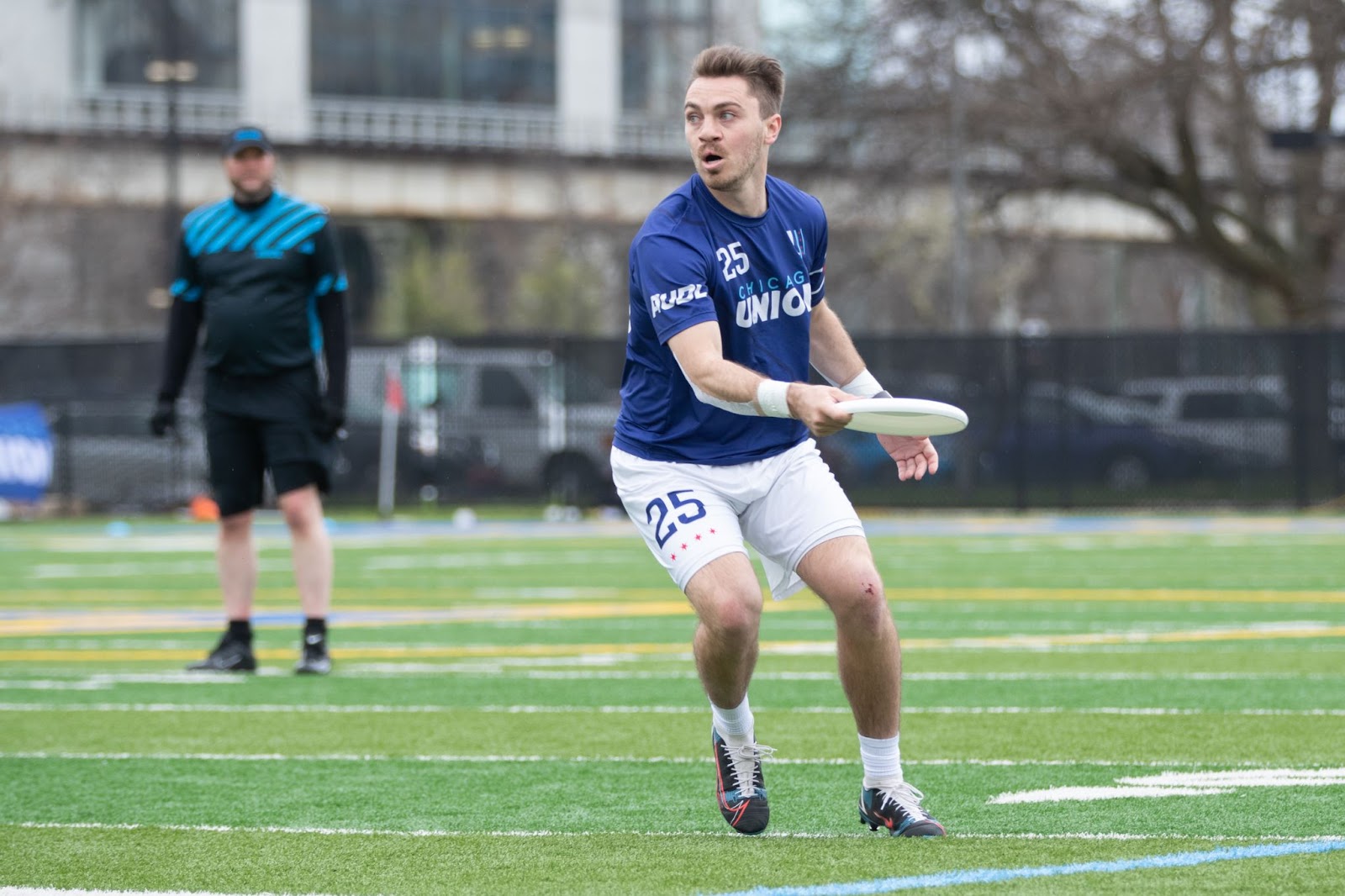 For the first time in franchise history and in a highly-anticipated cross-divisional clash, the Austin Sol, from the south division, will be traveling to the midwest this Friday, June 17, to take on the Chicago Union at 6:30 pm CDT.

It is Beach Night, so be sure to come to the game wearing your most stylish beachwear and grab an ice-cold beverage from our featured brewery, Lo Rez Brewery and Taproom.

Last Friday, the Chicago Union were close to enduring their first loss of the season in their matchup against the Madison Radicals. The Union were able to pull it out in the last 30 seconds of the game advancing their record to 4-0 despite being without Nate Goff and Paul Arters -- arguably their best defensive and offensive players on the team.

Arters presence was particularly missed on the counterattack, as Chicago was only able to convert 3-of-13 break opportunities, with two of the three coming after offensive-line substitutions.

Union generated 13 opportunities to break with minor issues such as not converting many of those chances.

However, scoring the final goal in all four frames, enabled the Union to survive despite finishing the game with one fewer break than the Radicals.

Barker scored the game-winning point, earning himself “Player of the Game” but also recorded four goals, three assists, 482 total yards, and had a completion rate of 100 percent.

Last season, Barker scored more than double (49) the amount of goals as anyone else on the team and the Radicals have yet to figure out how to contain him.In the team’s final meeting of the 2021 season, Barker found the end zone five times while finishing with his second-highest receiving yards total of the year (291 yards).

Whether Barker is setting up deep cuts off of Pawel Janas’ handler motion or breaking free in the red zone during small-ball possessions, he is consistently beating his matchups.

Heading into week 8, Nate Goff will be the player to watch as he will be back for Friday’s game after being inactive for last week’s game. Goff brings versatile offensive firepower to the defense-line, capable of playing D-line quarterback with his physically wide range of release points or attacking downfield and skying over helpless defenders.

Defensively, he is off to the best start of his career, already having recorded 10 blocks in his first three games, tied for third most in the league. Up against the fifth-most efficient offense in the league, Goff and the Union D-line will have their work cut out for them this week against a dynamic Sol offense coming off their best game of the season.

For the Austin Sol, Mick Walter will be the player to watch as he returns from injury this week for Austin’s defining road trip of the season. He ended the 2021 season with the best defensive game of the year, racking up seven blocks against Dallas.

Walters is an imposing threat in the deep space with the range to cover underneath cuts, in addition to providing help over the top.

A month ago, he went without a block in his first and only game of the season. His return to the lineup comes at a critical time in a season-defining road trip for the Sol, as they are set to face the undefeated Chicago Union.

Chicago is one of the AUDL teams still unbeaten across the league and one of six squads still undefeated at home, and continues their push to clinching a playoff berth early in the season.

Last season, the Union won five straight games before losing to the Madison Radicals and ending their undefeated streak in an away game on July 10, 2021.

Can the Union tie their record from last year of 5 and 0 this Friday?

Chicago Union’s next game is Saturday, June 25, at 7:30 pm EDT against the Indianapolis AlleyCats at Grand Park in Westfield, Indiana.