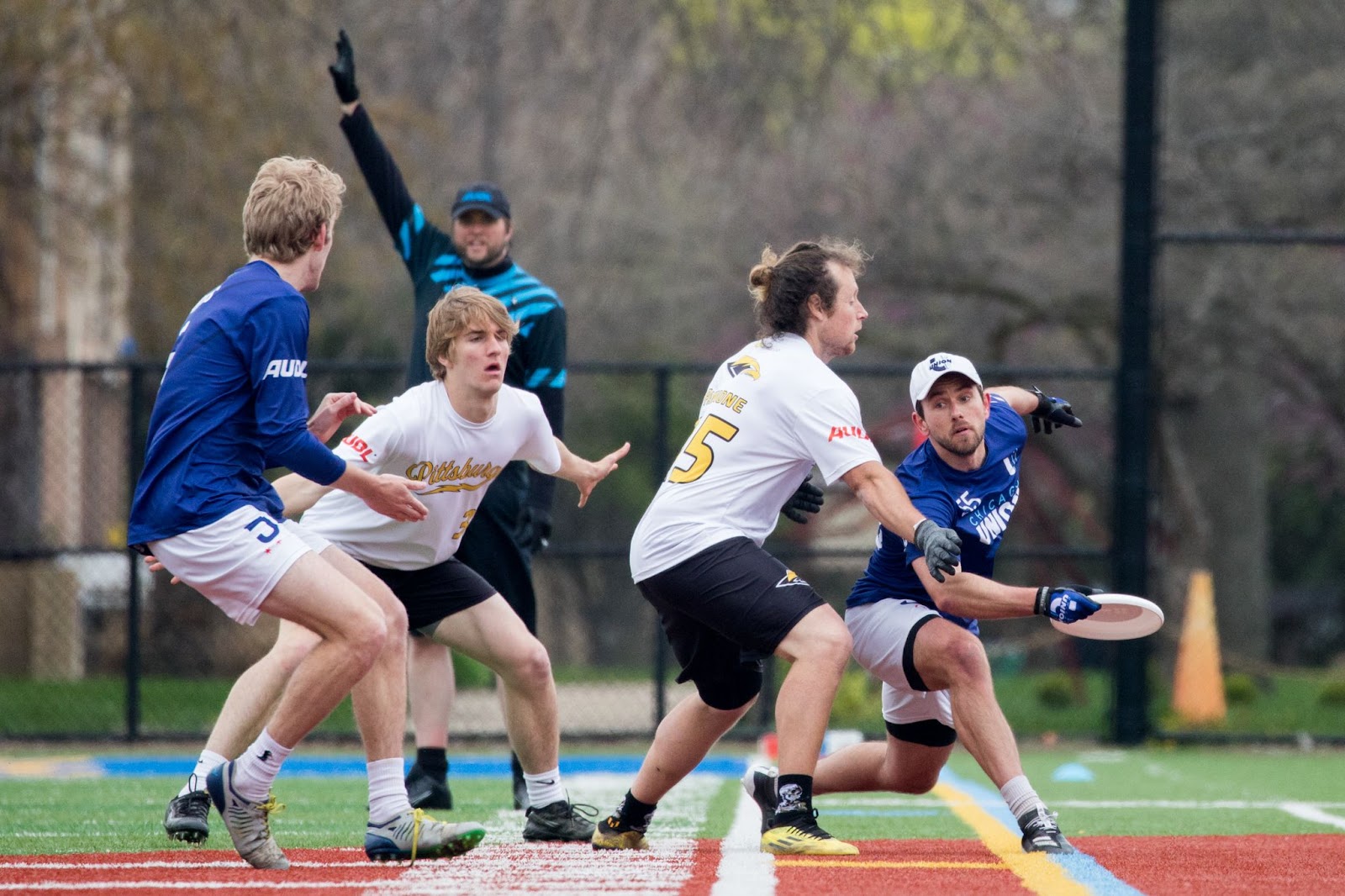 The Chicago Union and the Pittsburgh Thunderbirds meet again for the second time this season on Saturday, July 23, at 6pm EDT/ 5pm CDT at JC Stone Field in Wexford, Pennsylvania.

The last time the Chicago Union played the Pittsburgh Thunderbirds was in their home-opener game on May 1, where they beat the Thunderbirds 19-8.

After a weekend with a lot at stake, the Chicago Union remained on top, improving their record to 8-1 and clinching their third consecutive playoff berth after a 27-25 win against the Minnesota Wind Chill (7-3).

Paul Arters made his return to the Chicago lineup in last Saturday’s matchup against the Wind Chill. In only his third game of the season, he tossed seven assists and 413 throwing yards, both game-highs, while also scoring three goals and completing 33 passes without a throwaway -- making Evan Lepler’s Week 12 Honor Roll.

Arters illustrated how big of a difference-maker he can be and it was felt across the field. His presence showcased the dynamic Union offense that had been missing for much of the 2022 season.

The “Player of the Game” from Saturday night’s matchup was #96 Asher Lantz, recording one goal and two big blocks in Saturday’s game. Lantz kept the Wind Cill from scoring on key drives.

It was a full team effort for the Union as they looked to clinch the first seed for the Central Divisoin playoffs. Jeff Weis recorded seven goals and had a 100 percent completion rate in Saturday’s game.  Ross Barker  contributed 5 assists and Pawel Janas had a standout performances with 6 assists and 3 goals.

To put the nail in the coffin in last Saturday’s game, John Jones delivered the game’s dagger block in the fourth quarter, putting the Wind Chill to bed!

The Chicago Union will play their last road game of the regular season against the Madison Radicals on Friday, July 29, at 7 pm CDT at Breese Stevens Field in Madison, Wisconsin. The following day, te Union will head home for their final regular season game on Saturday, July 30 at 6 pm CDT against the Detroit Mechanix.