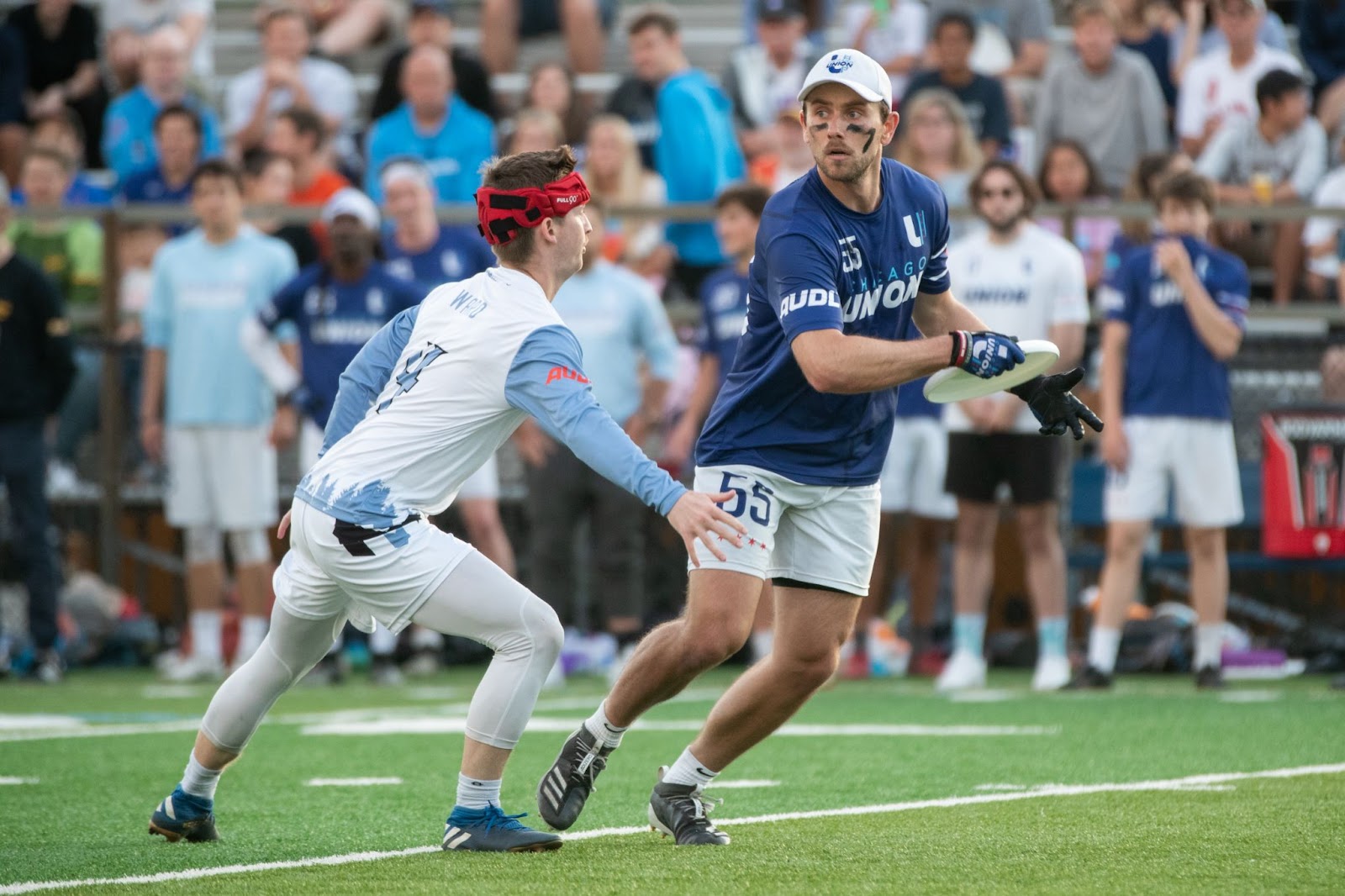 The Chicago Union are back on the road for their third matchup against the Minnesota Wind Chill on Saturday, July 16, at 6 pm CDT at Sea Foam Stadium in St. Paul, Minnesota.

There is a lot at stake on this Saturday night as both teams know that the result of this game will likely secure their final standings in the division heading into playoffs and determine who wins the regular season title in the Central Division.

Last time the Wind Chill played the Union, they ended Chicago’s perfect season with a 25-22 win in Week 10.

Last Saturday’s matchup against the Indianapolis AlleyCats put the Union back in the win column with a 23-15 win at home putting the Union’s season record at 7-1, just a half-a-game ahead of the 7-2 Wind Chill.

Several players made their AUDL debut in last Saturday’s game including Joe White who played 76 percent of his points on D-line, recording three assists, one goal, and a total of 427 yards.

Tim Schoch made his 2022 Union debut, recording two goals, a block, and 276 total yards while Dalton Smith played in his first game since Week 2, recording two assists and two blocks.

Ross Barker led the Union to victory with four goals, three assists, and a total of 389 yards, while also finishing turnover-free, making him an honoree of Evan Lepler’s Week 11 Honor Roll.

Originally from St.Paul, Barker makes a homecoming trip this weekend and will seek to score multiple goals for the 22nd straight game.

The “Player of The Game” from Saturday night’s matchup against the AlleyCats was #94 Jason ‘The Menace’ Vallee --as Head Coach Dave Woods calls him. Vallee recorded two assists, zero turnovers, and nearly 300 total yards of offense.

Paul Arters makes his return to the Chicago Union lineup this Saturday against Minnesota and will be the player to watch for. The Union will be without Eli Artemakis this weekend which allows Arters to have the green light to take shots this weekend in Minnesota and should give the offense that they need in order to win in this crucial battle for first place.

The last time the Minnesota Wind Chill played Chicago, cutter Bryan Vohnoutka had one of his best games of the season with six goals, three assists, and a total of 382 yards of offense without a throwaway.

Vohnoutka is one of the most involved players on the offense with a season-high of 36 touches and 21 O-points in the game, now playing over 75 percent of his points on offense over his last three games.

B-Von will be the player to watch for this weekend as he is just five goals away from becoming the Wind Chill’s all-time leader in goals.

Lastly, Pawel Janas will be looking to add another accolade under his name during Saturday’s matchup. The current AUDL Regular Season Career Assist record is 348 and both Janas and Kennan Plew sit at the top. With at least one assist tonight, Janas will take the throne and continue to add throughout the rest of the season.

Following this weekend, the Chicago Union are on the road again as they faceoff against the Pittsburgh Thunderbirds on Saturday, July 23, at 6 pm EDT/ 5 pm CDT at JC Stone Field in Wexford, Pennsylvania.