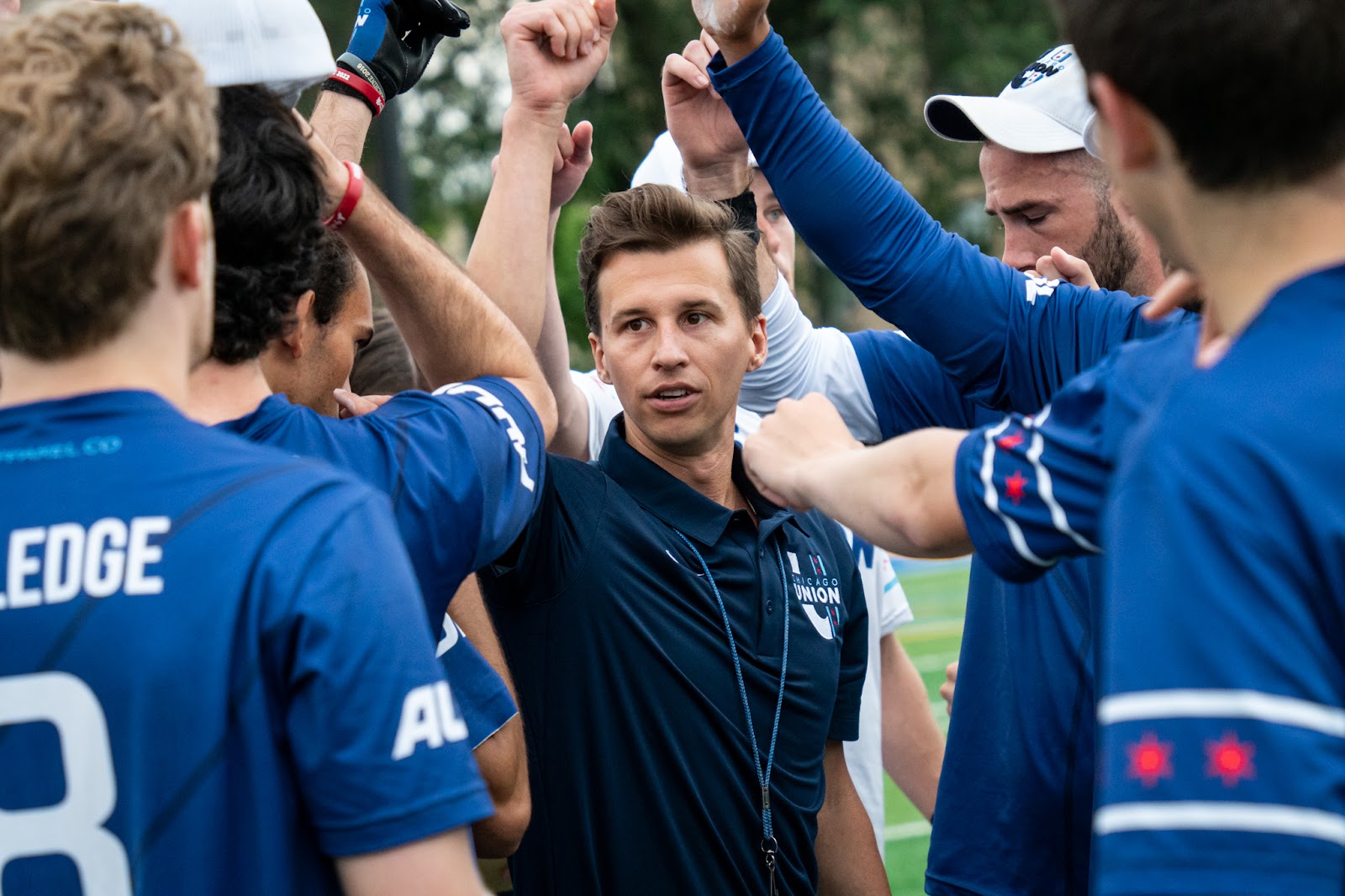 On Saturday, July 9, ay 6PM CDT, the Chicago Union face off against the Indianapolis AlleyCats for the second time this season, previously beating them in a buzzer-beater win (24-23) on June 25.

This Saturday is Heroes Night and our team wants to pay tribute and honor the heroes who may not always physically wear capes, but have touched the lives of many! Join us in honoring our community heroes and stay for the beer, food, music, and of course, frisbee!

Haymarket Pub & Brewery will be featured at this Saturday’s game -- a small, honest, and loyal business that gives a nod to the 8-hour workday, going out of their way to help people and promote good causes.

Last Friday’s matchup against the Minnesota Wind Chill brought the Union their first loss of the 2022 season. The Union suffered a 25-22 loss and brought their record to 7-1. The Chicago Union are currently sitting in second place as Minnesota stays at the top with their 8-1 record.

Th “Player of the Game” was #8 Kyle Rutledge who tallied three goals, five assists, and a total of 577 yards in Friday’s matchup. Rutledge continues to make notable contributions each and every game. After 6 games played, Rutledge has contributed 22 assists, 11 goals, and 1 block.

Heading into Week 11, the Union have re-signed Joe White, Ultiworld’s 2019 Men’s Club Offensive Player Of The Year. White is set to make his AUDL debut for the Chicago Union this Saturday, being one of the most notable players to watch this weekend along with the return of Tim Schoch and Dalton Smith.

White had signed with the team prior to last season, but an injury kept him off the field for the 2021 season. He has been a standout in the club and college divisions over the past several years, and was named the “consensus eight best club player” in the country by Ultiworld in 2020.

While his exact fit within the Union lineup is yet to be determined, Chicago will be without a few guys this weekend such as Paul Arters, Jack Shanahan, and a trio of D-line starters, including Nate Goff, who will be in Birmingham, Alabama representing Team USA in the World Games.

Along with White, Schoch will be making his 2022 season debut and Smith will be playing in his first game since Week 2.

The Chicago Union will be back on the road for their week 12 matchup, perhaps a redemption game for Chicago on Saturday, July 16, at 6 pm CDT against the Minnesota Wind Chill, at Sea Foam Stadium in St.Paul, Minnesota.