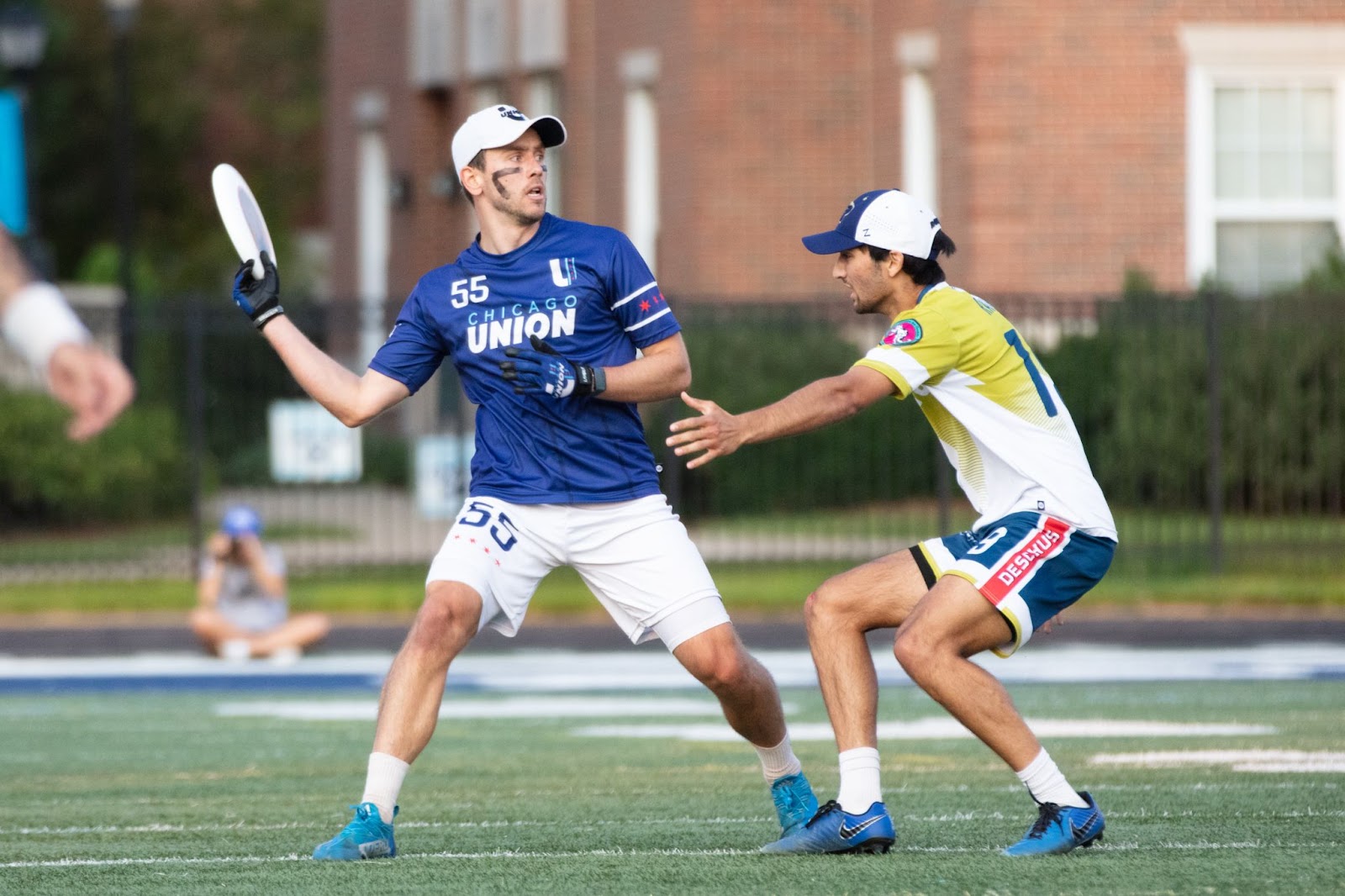 With a 10-year foundation to build upon, a new decade of the American Ultimate Disc League begins on April 30, 2022. The league continues to evolve and flourish on the professional sports landscape with three new teams joining the league this season - Colorado Summit, Salt Lake City Shred, and the Portland Nitro.

Chicago Union’s Head Coach, Dave Woods entered the 2021 season, his second-year as Head Coach, of the organization with a coaching record of 7-6.

The team ended the 2021 season with a record of 11-2, which is the best regular season record that it has had since its inception as the Chicago Wildfire. In addition to this, the Union had one of the most efficient offenses in the AUDL and even claimed their first-ever postseason win in franchise history against the Minnesota Wind Chill during the 2021 Central Division Championship Game, beating them 21-19 in a legendary comeback.

Fast forward to the upcoming 2022 season that begins for them on May 1, the Chicago Union are hungry for redemption and not just against the Pittsburgh Thunderbirds.

This season, Pawel Janas, thinks that the Chicago Union will have the fastest O-line in the league, with Paul Arters, Ross Barker, Jack Shanahan, and Jeff Weis anchoring the cutting core the team is banking on more availability and production for that crew.

In the backfield, Janas will be primarily flanked by Sam Kaminsky, who will be shifting over to offense this season after playing 93 percent of his points on defense throughout the 2021 season.

Furthermore, the Chicago Union expect continued growth from Eli Artemakis who just turned 20 years old this year and has shown flashes of excellence as a rookie in 2021. In his rookie season, Artemakis ended the regular season with a whopping total of 15 goals, 6 assists, 1 block, and 98.67 completion percentage. He is a clear asset to the team and his on-field presence is a threat to all opponents.

Chicago has also recently acquired Dalton Smith, whom they expect to be a versatile player, capable of contributing in a variety of roles throughout the season.

The Chicago Union open their 2022 campaign with a home game against the Pittsburgh Thunderbirds on Sunday, May 1st at 2pm at De La Salle Institute.

Chicago and Pittsburgh meet again after a long-awaited match-up since the 2019 season. The Thunderbirds defeated the Chicago team 21 - 20 in the first round of playoffs.

The Thunderbirds join the Central Division again after previously competing in the Atlantic Division due to COVID 19 shifting the divisions around for the 2021 season. The Pittsburgh Thunderbirds ended their 2021 season with a disappointing record of 1-11.

For the 2022 season, Pittsburgh have made some changes for starting with the hiring of a new coaching staff. Max Barowski and James Greeno will be taking the reins from former Head Coach, Pat Hammonds. Their offense will also look different this year with Thomas Edmonds no longer on the roster and Jonathan Mast dealing with a knee injury and uncertainty of his return to the field.

Their star Max Sheppard expects to do more handling this season and is hopeful that their added size downfield will enable Pittsburgh to win more battles in the air.

The Thunderbirds have recently added 6’5” cutter Noah Robinson who caught 15 goals in three games back in 2018 but hasn’t played in the AUDL since. He will be joining Pittsburgh Thunderbird, CJ Colicchio as a hard-to-handle height that’s capable of scoring in bunches.

Following this week 1 matchup, Chicago Union will be traveling northwest to take on the Minnesota Wind Chill on May 7, at 6pm.