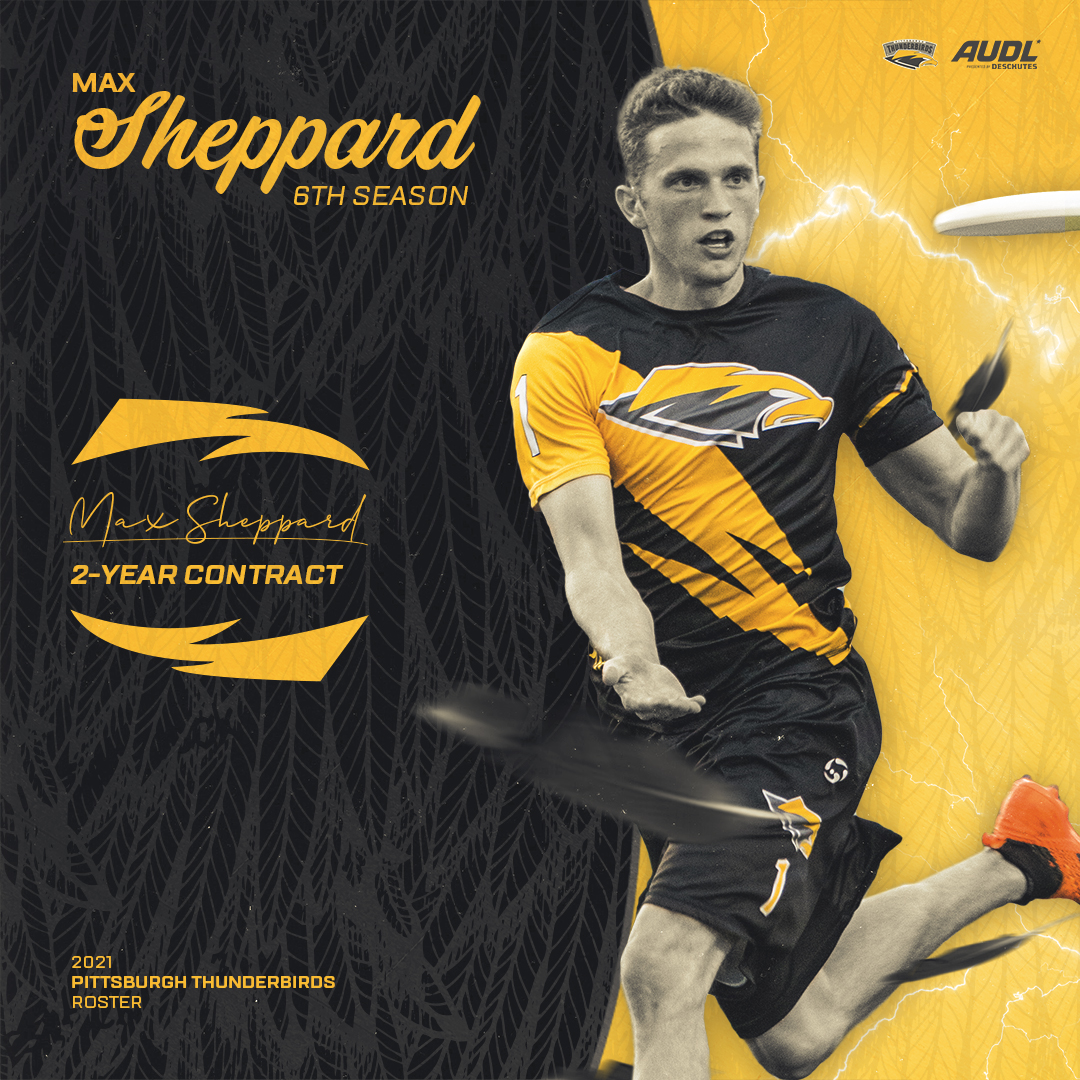 PITTSBURGH – The Pittsburgh Thunderbirds lock up their superstar, AUDL All-Star MVP and AUDL MVP Runner-Up Max Sheppard, to a two-year contract, covering the 2021 and 2022 AUDL Seasons. The two-year deal is the first of its kind for the Thunderbirds organization.

In 2019, Sheppard set the AUDL on fire with a fifty-fifty season, which is at least 50 goals and 50 assists, while leading the T-Birds to an 8-4 record and a Midwest Championship game. The 50/50 plateau has only been reached by 5 players in AUDL history, the other 3 times being completed in 14 game seasons, while Sheppard managed the feat in only 12 contests.

The product of Edinboro University, he also co-stars in the Thunderbirds YouTube series The T-Bird Boro Boys, operates as the Thunderbirds youth coordinator, and works out every single day.

He spoke with AUDL play-by-play announcer and ultimate analyst Evan Lepler earlier this year on his workout habits. “…[I] became this workout freak and kinda tunnel visioned and really, really focused on myself and what I wanted to do. That’s what you have to do,” Sheppard said. His strong work ethic has translated into a booming success as Sheppard has scored more than any other AUDL player from 2018-2019.

Now locked into the black and gold for the next two seasons, ‘Sheps’ ceiling is still unseen. “What’s scary to me is how young he still is,” said General Manager Andrew Gardner. “He took the League by storm and now everyone knows his name, but he’s just getting started, this is only the beginning.”