Pittsburgh, Pa – The Pittsburgh Thunderbirds (2-5-0) come back to the nest at J.C. Stone Field Saturday, June 18, to meet the Detroit Mechanix (0-6-0). The opening pull between these American Ultimate Disc League Central Division adversaries is 6:00 p.m. EDT. 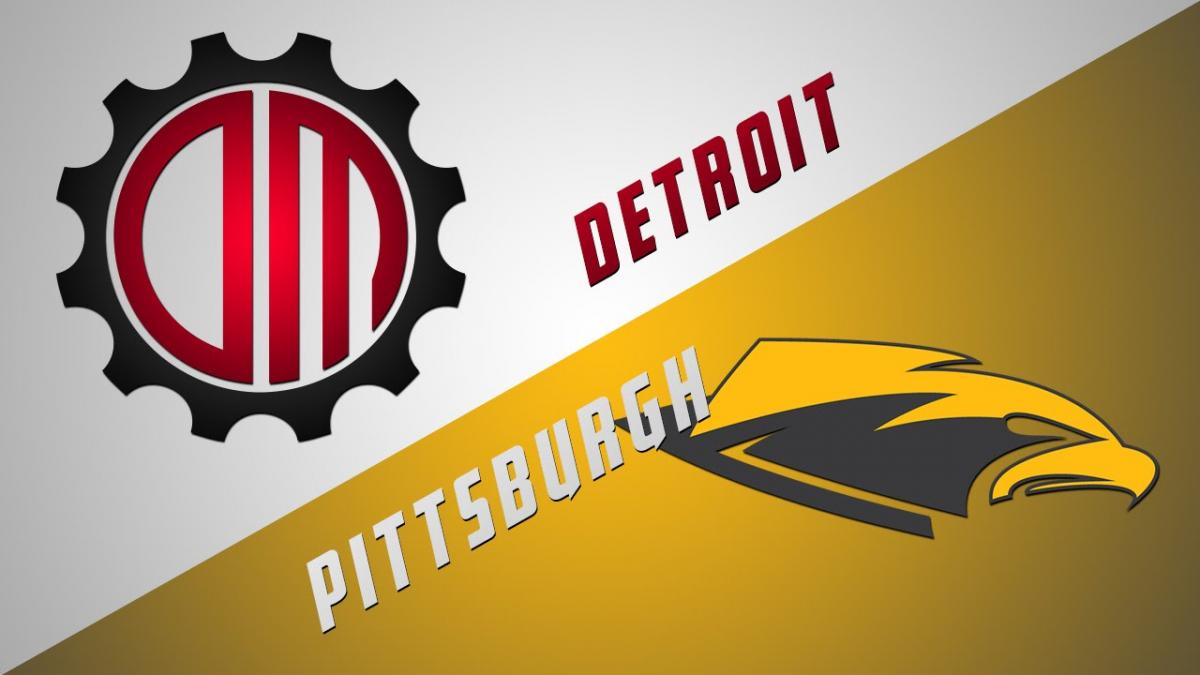 For the Thunderbirds, it is time to put the brakes on a two-game losing streak. Head Coach Max Barowski’s squad suffered a road defeat last week in the North Star State when the Minnesota Wind Chill (4-1-0) claimed a 20-14 victory.

Being down 6-4 at the end of the first quarter at Sea Foam Stadium, the Black and Gold commandeered the score sheet in the second. They assembled a strong comeback with a 7-3 run and led 11-9 at halftime.

The surge hit its apex between 3:43 and the six-second mark of the second. Three quick consecutive scoring drives saw CJ Colicchio get the disc 16-yards to Martin Bustamante, Sam VanDusen throwing 17-yards to Elliot Hare, and Alan Gruntz hitting a 30-yard strike to VanDusen.

Minnesota took the opportunity provided to them in the third as they scored off a Pittsburgh dropped pass, a stall call for holding the disc too long without making a play, and a huck (long pass) throwaway. The Wind Chill forged a 4-1 run but led by just a point 13-12 going into the fourth. The Blue, Black, and White finished the contest with a 7-2 run and the win.

Neither Clint McSherry nor Ian Engler, who have been filling in for the injured handler Jonathan Mast in running the offense, made the trip to the Twin Cities. Pittsburgh managed five of 11 on hucks (long passes). The Men of the Steel City lost the turnover battle 26-21.

Per the Thunderbirds Facebook page, the line-up card is looking good to get the win Saturday – Keep an eye on Myles Cooper…

Detroit seeks to conclude their 56-game losing streak against the T-Birds this weekend. The Men of Motown average 18.33 points per contest while permitting 26.67. Looking across the league’s records, they last claimed a triumphant box score on Saturday, April 29, 2017, when they beat Chicago 23-14.

While in Indianapolis last week to battle the AlleyCats, Jacob Anthuvan and Justin Winn each contributed four goals in the 32-18 loss. Working on getting the disc into the right hands down the field, Chris Walsh, Johnny Bansfield, Joseph Cubitt, and Winn added three assists apiece. Cubitt also delivered 55 completions and 530 throwing yards.

Andrew Sjogren leads the Michigan crew with 20 goals, while Jack Havey is second with 15 scores on the clipboard. Helping the Detroit defense find some punch. Cubitt has five blocks, and Yipeng Wang is next with four stops.

Broadcast: Matt Weiss brings every goal to the T-Birds faithful on the subscription streaming service AUDL.tv.

NEXT UP: The Black and Gold take the bus to the Hoosier State Saturday, July 2, to clash with the Indianapolis AlleyCats (4-2-0) at the Grand Park Event Center. They get together at 7:30 p.m. EDT.

Article Written By: Larry Snyder, originally on Top of the Incline Sports