Pittsburgh, Pa – The Pittsburgh Thunderbirds compete in their second home contest when they go to Highmark Stadium Friday, June 3, for a rematch with the Madison Radicals (3-1-0). This pair of American Ultimate Disc League squads come together at 7:00 p.m. on the South Side. 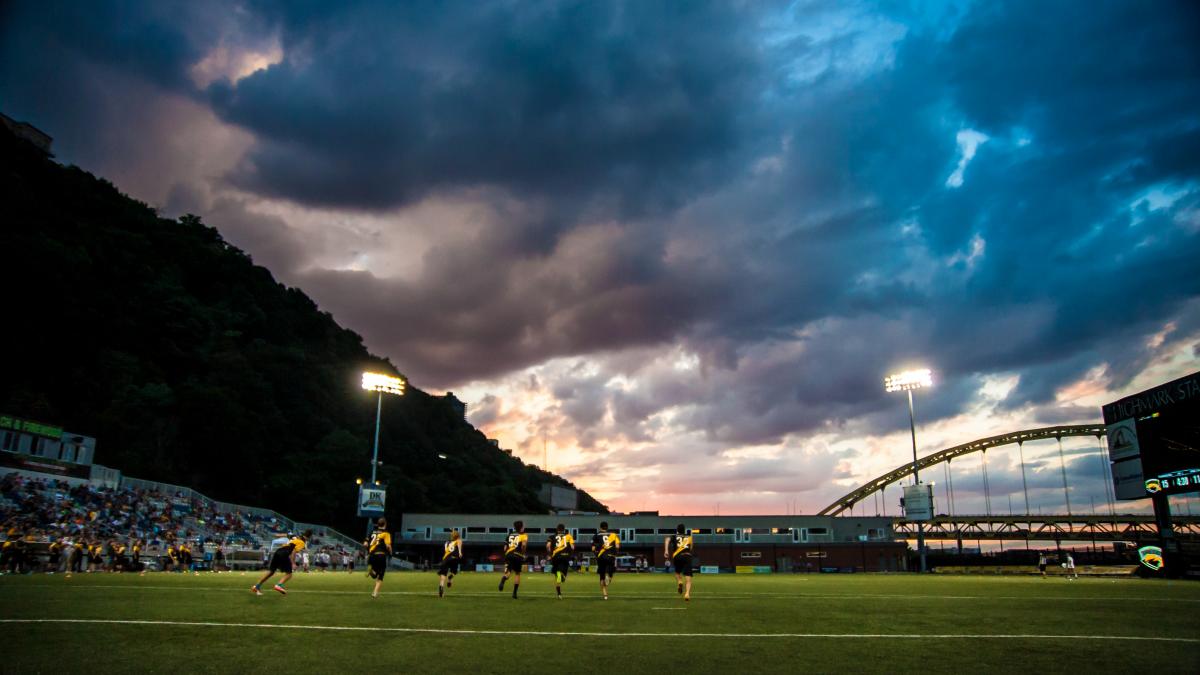 These Central Division rivals met the first Saturday in May at Breese Stevens Field in Wisconsin. The Radicals claimed an 18-16 victory to open their season despite a furious Tbirds rally in the final minutes. The box score would show Thomas Edmonds and Jimmy Towle adding four goals each for the Black and Gold.

Last week in Florida, Pittsburgh assembled a 6-5 edge on the scoreboard at the end of the first quarter against the Tampa Bay Cannons. The opening three T-Bird possessions saw Clint McSherry hit Kenny Furdella, CJ Colicchio, and Max Sheppard, respectively, for goals. McSherry would wrap up the evening with eight assists, five hockey assists, 49 pass completions, and 634 throwing yards. First-year cutter Martin Bustamante picked up the first goal of his AUDL career near the end of the first on a toss from Sheppard.

Tampa Bay would earn a one-point lead going into halftime as Jaime Perez found Cody Coates for the score right at the buzzer. The Cannons would stay even with the Thunderbirds in the third as each squad scored six points. After three quarters, the one-point lead (18-17) the Sunshine Boys enjoyed was about to vanish quickly.

Pittsburgh erupted for a 7-1 run in the fourth. Sheppard added his seventh and eighth goals to the box score on a 41-yard throw from Colicchio and a 32-yard strike from Thomas Edmonds. McSherry delivered a 31-yard pass to Bustamante for his second goal. Pete Zaccardi, Steve Mogielski, and Furdella kept the scoreboard operator busy with their scores. The 24th point to close the meeting came on a pass from Kevin Nicholl to Ramzi Cope-Musleh. The final was Tbirds 24 and Cannons 19.

It was the best game for the Thunderbirds as they hit their stride for their second triumph of the season. The stat sheet revealed a season-best red-zone conversion rate of 86 percent. The Black and Gold went 10 of 14 on hucks (long passes). The Men from the Steel City had nine blocks to Tampa’s seven and committed a season-low 15 turnovers.

Thunderbirds Legacy: From 2015 to 2019, Vatz participated in 52 career games for the Thunderbirds, and his 178 career goals are second all-time in the team’s history. This Friday, the Tbirds will retire the #4 jersey, and it is the first jersey retirement for the organization.

After beginning the 2022 campaign with a three-game win streak, Madison lost their first contest 19-16 at home Saturday, May 28, to the Minnesota Wind Chill. The Boys from the Twin Cities won the battle of the blocks 11-6 while the Radicals held the edge in turnovers 18-15.

First-year Kai DeLorenzo kept the disc in play, as he owned four assists and 227 throwing yards, while veteran Joshua Wilson completed 43 passes for 252 throwing yards. Victor Luo was not far behind on the score sheet with 39 completions and accumulating 251 throwing yards. Part of the downfall was going three of eight on hucks against Minnesota.

Broadcast: Matt Weiss has every pass and block for T-Birds fans on the subscription streaming service AUDL.tv.

NEXT UP: The Black and Gold go northwest to Minnesota on Saturday, June 11, to encounter the Wind Chill (2-1-0) at Sea Foam Stadium. The start time in Saint Paul is 6:00 p.m. CDT.

Written By: Larry Snyder originally on Top of the Incline Sports