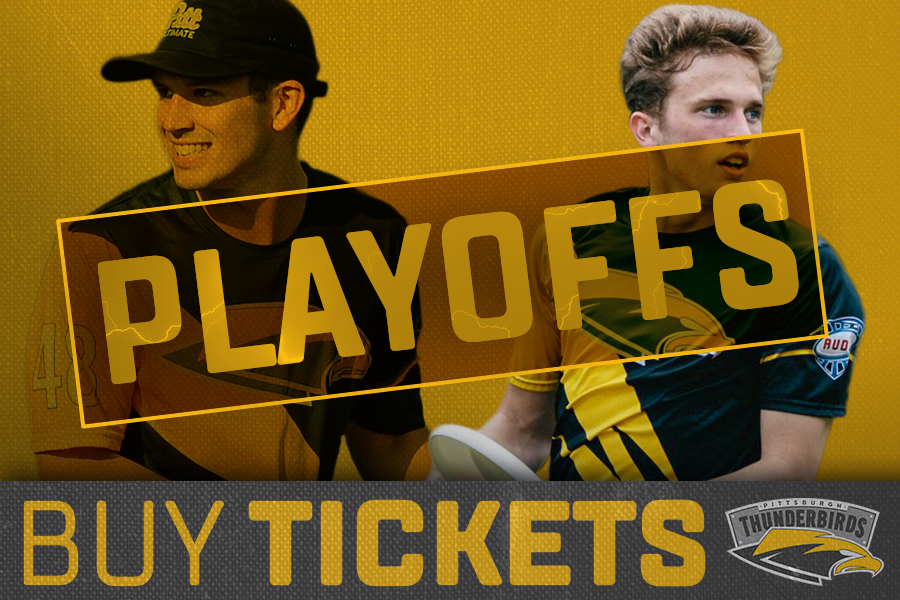 Allison Park, Pa. – The Pittsburgh Thunderbirds (8-4-0), who forged a record of 4-2 at JC Stone Field, welcome the Chicago Wildfire (7-5-0) Saturday, July 20, for the first round of the Midwest Division playoffs in the American Ultimate Disc League. Fans can catch the opening pull after the coin toss at 6:00 p.m. 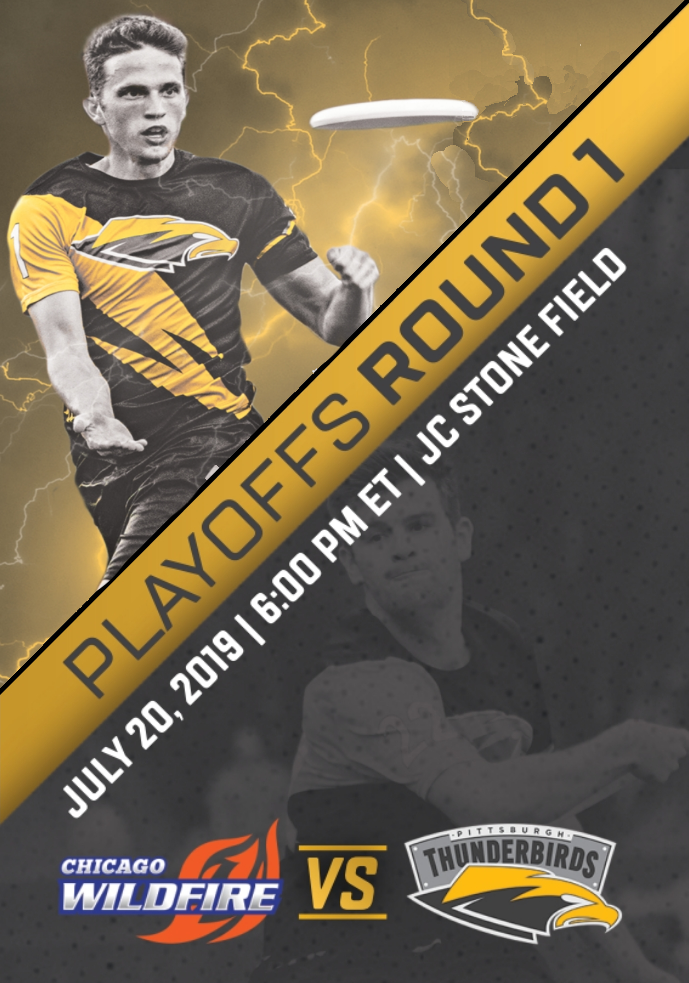 Looking back, Pittsburgh is 2-0 against Chicago with a 21-18 triumph Saturday, May 11, in the Burgh and a 29-16 win Saturday, July 13, at Langhorst Field in Elmhurst, Illinois. It is a 16-point goal differential. The Wildfire is 3-3 when they leave home and travel down the highway.

Zakk Mabrey and Keith Raynor of Ultiworld.comappreciate the way the Black and Gold delivered “big runs that separated the two in both games. They should have the resolve to play loose and confident.”

The duo believes two of the keys for Chicago leave town with the win are “finding the right matchup to throw at co-captain Max Sheppard and the T-birds O-line and win the disc back after turnovers.”

Brian Crawford Talks With The T-birds’ Thomas Edmonds On Facebook…

Thunderbird Players To Watch: Matt Rezin, in his PTW column on the AUDL site, points out Sheppard has averaged 6.8 assists and 6.2 goals per game since his Most Valuable Player outing at the All-Star Game. My players to keep an eye on this weekend are Thomas Edmonds who supplied 12 scores and 10 assists in three of the last four matchups of the season and Chris Graber who owns seven goals over the final three contests. 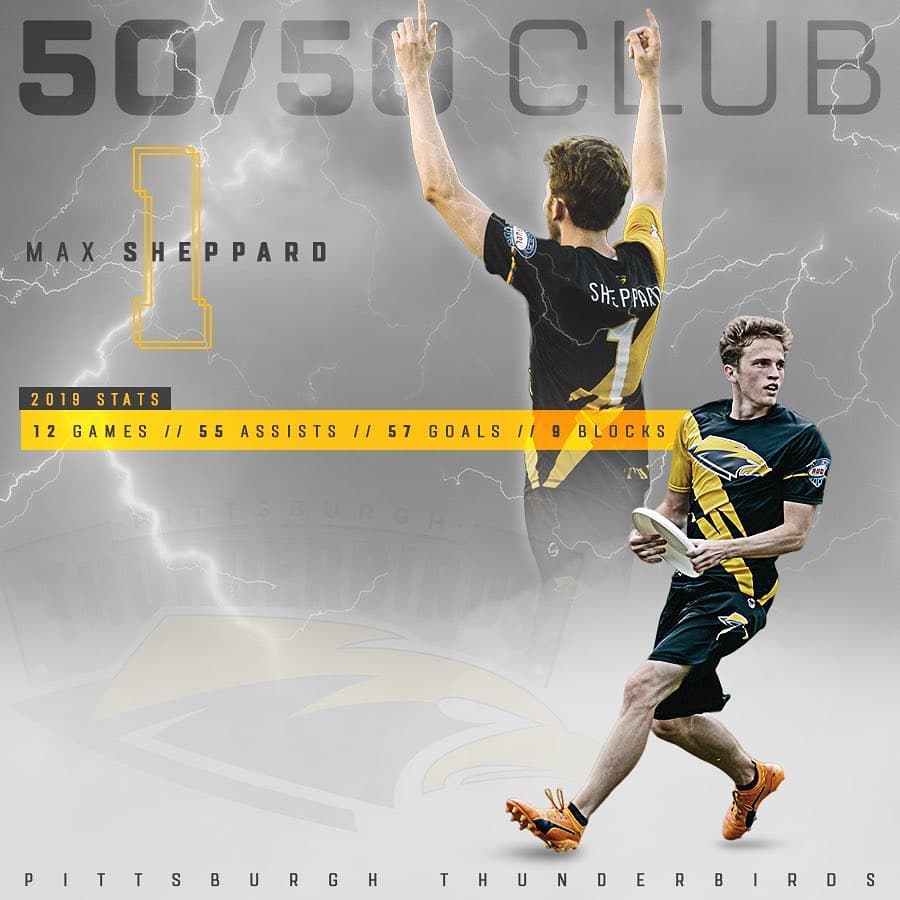 Wildfire Players To Watch: Rezin likes the Blue and Orange’s Pawel Janas as he is the league-leader in assists with 74 and completions with 685. My preference is Tommy Gallagher with six goals in three of the four meetings and Drew Swanson with six blocks added to the box score over the final four games.

My Game Prediction: I forecast a 22-21 victory for the Birds of Thunder with the last goal coming with less than 30 seconds in the final quarter. You can corral seats online here.

Other Voices: The fortuitous and delightful handicappers at the sports wagering website mybookie.com rank the Thunderbirds as -2 favorites on Friday afternoon with the renowned over/under simmering at 40.5.

Adam Ruffner and his Week 15 Power Rankings on the league web page has the Men of the Windy City at No. 10 while the Men of the Steel City land at the No. 8 slot. He appreciates the depth of the Pittsburgh bench and how the Black and Gold keep fresh legs on the field.

Weather: Keeping track of all things cirrus, nimbus, and cumulus, the cloud observers at weather.com project partly cloudy skies for Saturday with a daytime high of 93 degrees. The outlook by the opening pull is a five to 10 percent chance of any possible rain. Winds blow from the west to southwest at six to nine mph. Tap the link for all updates.

Tune In: If you can not visit the North Park complex, you can observe every hammer throw of the Black and Gold online at AUDL.TV (subscription service). Former T-bird Aaron Watson has the play-by-play call this week, filling in for Matt Weiss.

Next Up: The winner of this matchup battles the first-place Indianapolis AlleyCats (8-4-0) on Saturday, July 27, for the Midwest Division Championship. The combatants come together for the first pull at 7:00 p.m. EDT.

This summer, the AUDL Championship Weekend is Saturday, Aug. 10, and Sunday, Aug. 11, in California at Foothill College Stadium, the home of the San Jose Spiders.