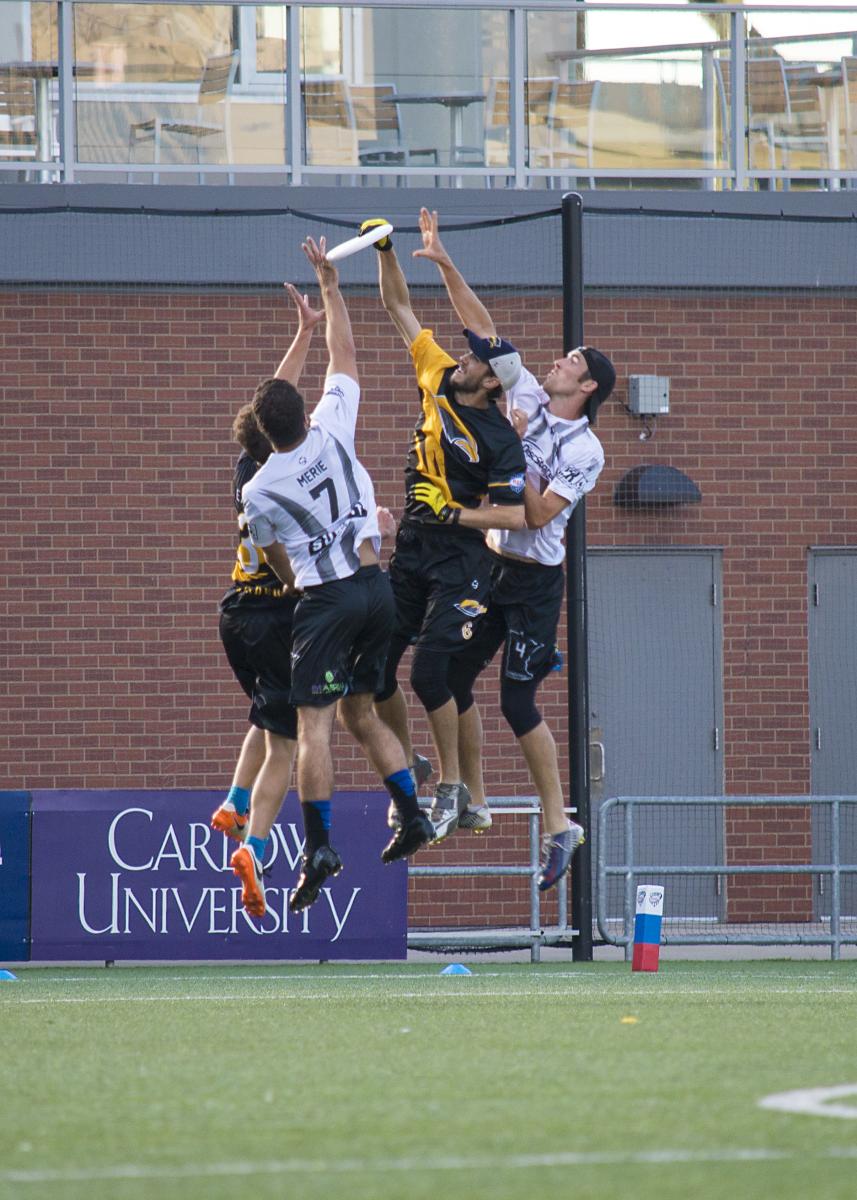 Allison Park, Pa. – The Pittsburgh Thunderbirds (2-3) continue their climb in the Midwest Division standings Saturday, May 25, when they encounter the Minnesota Wind Chill (3-3) for the second time this season. The battle-tested squads come together for the opening pull at 6:00 p.m.

The first meeting at Sea Foam Stadium in St. Paul on Saturday, April 27, saw the T-birds take the Wind Chill to riveting overtime before losing 25-22. It should be an intriguing rematch in the American Ultimate Disc League.

When it comes to leading the T-birds down the field, Thomas Edmonds has the most catches with 216 and completions with 236. He is second in goals with 11 and third in assists with 13. Max Sheppard commands respect from the competition as he is the team leader in goals and assists with 16 in each category. Alex Thomas is third on head coach Pat Hammonds' crew with nine scores.

Pittsburgh’s Anson Reppermund along with Steven Milardovich from the San Diego Growlers and Zach Sabin of the Seattle Cascades is fifth in league with 10 blocks apiece.

Sam VanDusen, who is second in assists with 15 and has the most minutes played with 151, spoke with Louis Zatzman on the league website about his Thunderbirds, “I’m not an individual that shows up and starts shooting for the top. I only justify my expectations based on the results of the team… And this team is a team that I really enjoy playing with. There’s a ton of buy-in. There’s plenty of talent. I don’t see why we can’t earn that playoff spot.”

He added, “We’re still there, which is a place I couldn’t say we were in last year. I’m very excited about where we are right now.”

Minnesota is fifth in the AUDL after almost two months of play with 11.50 blocks per contest. James Kittlesen leads the league with 15 blocks in six matchups. Isaac Leonard is second on the Wind Chill with six stops.

Although their defensive prowess is impressive, part of the reason for their .500 record is the fact the Men from the Twin Cities have put up 129 goals but permitted the opposing teams to gather 125. Their last outing was a 13-11 loss at home Saturday, May 18, to the Indianapolis AlleyCats (4-2).

Josh Klane keeps the disc in play with 32 assists to go along with his 265 completions and 234 catches. When it comes to adding goals to the box score, Bryan Vohnoutka is the leader with 21 as well as minutes played with 200. He is tied with Mathew Ladyman in plus/minus with +22 each. Kristian Johnson is averaging 6.01 seconds of hang time on his 41 pulls while Jordan Taylor owns 6.68 seconds on his 40.

My Prediction: Picking through my morning tea leaves, I believe the Black and Gold take down the Boys from the North Star State on the scoreboard 20-19. Find the best seats at JC Stone Field here online.

Other Voices: Checking back at the AUDL web page, Matt Rezin believes the duos to watch are Minnesota’s Michael Jordan and Pittsburgh’s Sheppard. He likes both players’ consistent performances for their respective teams.

Adam Ruffner places the Black and Gold at 17 this week in the AUDL Power Rankings. He appreciates the “Thunderbirds is currently 10th in takeaways, averaging 10.40 per game.” The Wind Chill is 13th in his survey.

Moving over to Massey Ratings, Pittsburgh stays at No. 20 on their leaderboard while Minnesota is four slots up at No. 16. They are also forecasting a close one with the Metallic Blue, Black, and White leaving the City of Bridges with a 21-20 victory.

Weather: The industrious staff at weather.com is predicting the match should be 83 degrees with a low of 77 by 9:00 p.m. Winds come out of the southwest at eight to 11 mph.

Next Up: Don’t forget the inaugural AUDL All-Star Gameis Saturday, June 8, 2019, at historic Breese Stevens Field in Madison, Wisconsin. The opening pull in the Badger State is 7:00 p.m. CDT.

Pittsburgh gets back on the road Saturday, June 15, to battle the Detroit Mechanix (0-4) at Grand Rapids Christian High School in Michigan. The first pull in this Midwest Division clash is 5:45 p.m. EDT.

Ultimate Clipboard: If you can not make it to the North Park complex this holiday weekend, tune in the voice of the Thunderbirds Matt Weiss as he broadcasts all home games on AUDL.TV (subscription service).