Madison, Wisconsin – As the Pittsburgh Thunderbirds progress through their fifth season in the American Ultimate Disc League, there is one player since the opening season in 2015 the fans know they can depend on during the match. They witness Max Sheppard supply a pass or two for a score, provide a block, and add several goals to the weekly box score. 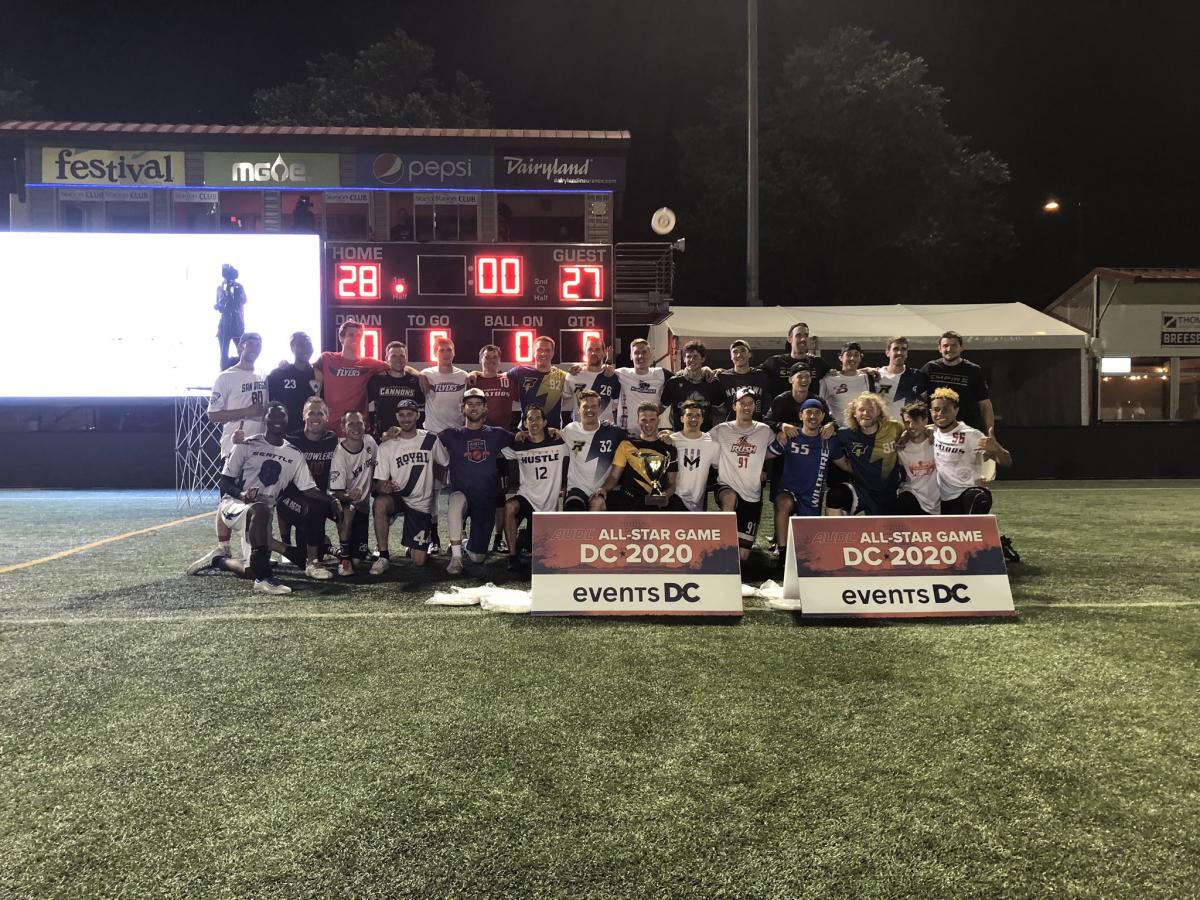 This time the spotlight fell in Wisconsin during the first ever AUDL All-Star Game at Breese Stevens Field, home of the 2018 defending champion Madison Radicals. Matthew McDonnell from the DC Breeze and Kevin Pettit-Scantling of the Radicals were the team captains for the event, and they chose from a select group of players to be part of their illustrious squads.

Before the sudden-death double overtime, and Team KPS winning 28-27, Pettit-Scantling took Sheppard as his 10th pick, 20th overall, in the draft. The T-bird paid dividends early with the opening goal of the match when he connected with Jeff Babbitt of the New York Empire.

Sheppard, who leads the Black and Gold 26 with goals in seven contests, kept the disc moving on Team KPS with 180 yards throwing and 218 yards receiving. His final stats to claim the Most Valuable Player honors. 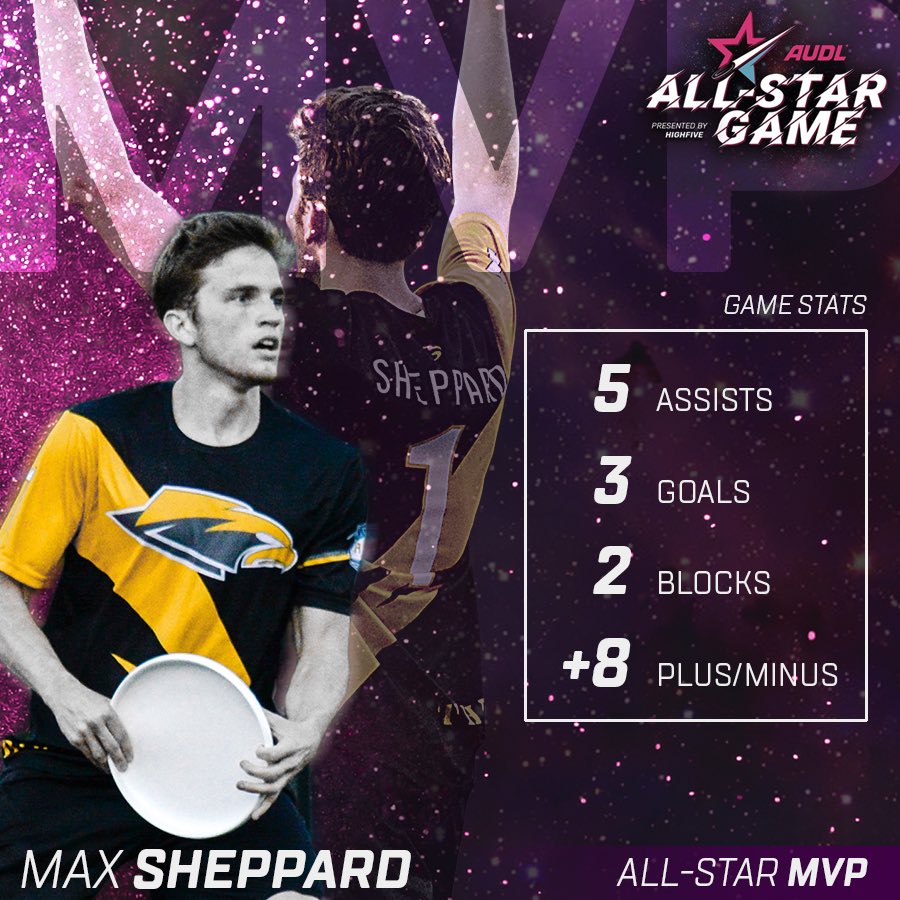 The 5-foot-8 Edinboro University alumnus has 45 regular season contests so far in his five campaigns and owns 110 goals and 121 assists. This season, the 23-year-old cutter also provides leadership to the T-birds along with Sam VanDusen, Jimmy Towle, and David Vatz as team captains.

He spoke with Brian Crawford before going to Wisconsin about the All-Star competition, the 2019 Thunderbirds season to date, and what makes the upcoming match with Madison an exciting event for everyone.

Next Up: Head Coach Pat Hammonds and the Thunderbirds (4-3), who have won four straight matchups, come back to JC Stone Field Saturday, June 22, when they face the Radicals (4-3) in a rematch of the season opener in Madison. You can choose your ticket to watch these Midwest Division rivals on the T-birds website.

Ultimate Clipboard: All 21 teams in the AUDL had at least one representative in the Badger State with the Philadelphia Phoenix, Raleigh Flyers, and San Diego Growlers providing two players, Los Angeles Aviators with three, New York Empire with four, and the host Radicals with five.