Allison Park, Pa. – The Pittsburgh Thunderbirds improved their record at home to 2-1 with their 24-11 victory on Saturday, May 18, against the winless Detroit Mechanix. Going on five seasons, the Men from Motown have never won a matchup against the T-birds.

Evan Lepler on his Friday Forecast podcast for Week Seven on the American Ultimate Disc League web page said “Pittsburgh needed to take care of business against Detroit” and the Black and Gold did it. The Men from the City of Bridges (2-3) assembled runs of seven to three in the first quarter, six to two in the second, and another six to two in the third.

Meyer, who played ultimate at Washington State University and is in his first season for the T-birds, recorded three blocks total and picked up the team’s first Callahan of the season in the second. He picked off a poorly timed pass from Detroit’s Joseph Cubitt in the end zone for the Thunderbirds’ 10th point of the match.

Thomas Edmonds spread his scoring chances throughout the night with two goals in the first, a pair in the second, and a deuce in the fourth. He had 24 catches and was the leader in plus/minus with +7. General Manager Andrew Gardner thought Edmonds was the Player of the Game.

Max Sheppard, who leads the T-birds flight crew with 16 goals, had the most helpers with six assists. VanDusen recorded 31 minutes played, and averaged 4.93 seconds on his 21 pulls against the Mechanix. Adding to the dominating performance with their robust efforts was Jimmy Towle, Mark Fedorenko, Kenny Furdella, Jordan Robarge, Owen Watt, and Steve Mogielski. 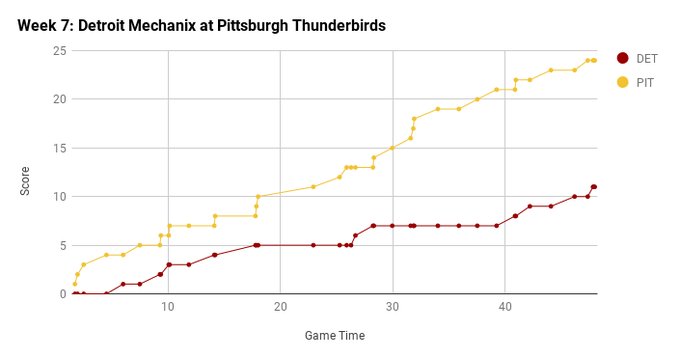 Mark Whitton led his Motor City gang with two assists, three blocks, and gathered a +5 in the plus/minus column. He tied with Cubitt for the most goals at two apiece. Cubitt tallied the most minutes played with 39, and chalked up 62 completions, the same as David Innis.

Wrapping up the score sheet, the Thunderbirds held the edge in completion percentage 94-93 and racked up a 16-10 advantage in total blocks. The Mechanix need to regroup when they get back to the garage as they went 24-17 in overall turnovers.

Next Up: The T-birds prepare for another battle with the Minnesota Wind Chill Saturday, May 25, At the North Park complex. The first pull in this Midwest Division duel is 6:00 p.m. Seek out your choice seats for this matchup online.

A Look At The Standings… 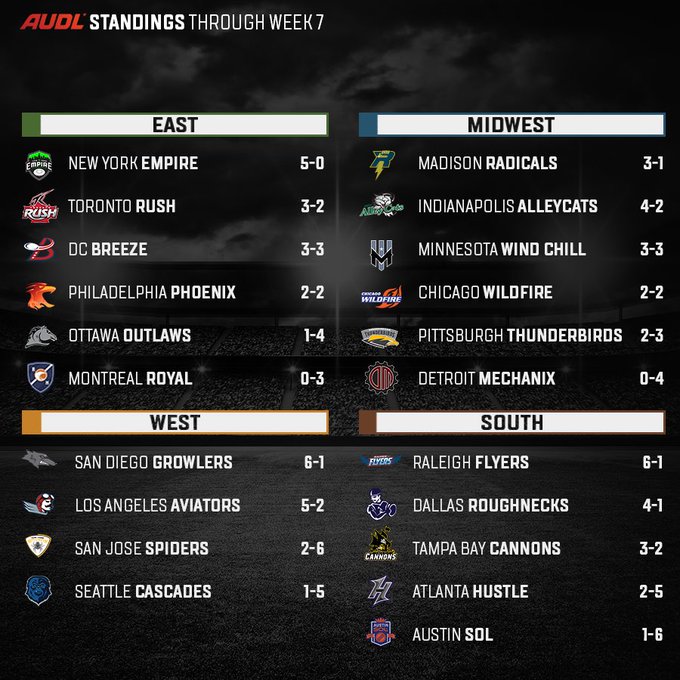