The Colorado Summit’s mission is to invest in a lasting community of athletes and fans of all ages; defined by our competitive excellence and commitment to inclusion, diversity, and respect.

To build a model franchise that delivers competitive excellence for fans and athletes and is inclusive, diverse, and equitable.

Officials and the Spirit of the Game:

Officials play an important role making ultimate a better spectator sport for fans watching in stadiums, online or on television. The Colorado Summit believes and supports the Spirit of the Game; and we believe in the self-officiated foundation of the sport. We support keeping ultimate self-officiated in all tournaments that are athlete-centered, as opposed to the fan-centric mission of the AUDL. We believe strongly in the AUDL’s Integrity Rule, that encourages players to overrule an official when the player’s call benefits their opponent’s team. The Colorado Summit management and coaches support a culture of winning, but not at the expense of playing with spirit, integrity and honor.

The Colorado Summit are committed to producing an exceptional on-field product that is worth the price of admission. When fans attend a Colorado Summit game they will expect to see a team that plays fun, exciting, and winning ultimate. Players and coaches will be prepared, well practiced, and committed to always performing to the best of their ability. Players are expected to display sportsmanship, Spirit and maintain composure.

We will hold open tryouts and combine over the winter. All competitive ultimate players in Colorado (or elsewhere) are welcome to try out. The best overall team will be selected for the Summit’s roster, regardless of pedigree, club team or community. The well rounded Summit player is more than the best athlete - they are team-oriented, disciplined and a positive influence on their teammates and fans. Athletes who plan to participate in the open tryouts and combine should sign up for our email list and identify as interested in trying out for the team. The Colorado Summit will provide a discounted or waived fee for athletes to participate in the open tryouts and combine if the players can demonstrate hardship.

Sal Pace served two terms in the Colorado State House, where he was elected the Minority Leader, and six years as a Pueblo County Commissioner. He helped write many of the first cannabis laws in the world and is active in cannabis reform nationally, sitting on multiple cannabis reform boards. He consults in business and non profit development. Sal has been playing ultimate since the early 90's, with his longest tenure on the Durango SKA Brewing club team. He primarily plays pickup now in Colorado Springs and Durango; unless he's attending a youth tournament cheering on his kids.

Emily Hanson currently works as the legislative liaison for the Colorado Department of Human Services where she manages the Department’s legislative agenda and budget at the State Capitol. She started playing ultimate at Luther College where she helped establish and grow the women’s team. After moving to Colorado she helped form Molly Brown in 2010 and has continued the spirit of Molly Brown with Molly Grey (Masters) and Molly Blue (Grandmasters).

Jim Nolte is the owner and manager of the Ultimate Lending Team. For over 13 years Jim has been actively involved in the Colorado ultimate community as a trusted resource for player homeownership. Jim has played competitive club ultimate for over 25 years, and is happily living out the rest of his life with his partner Allison Boyd and two amazing daughters, Sophie and Stella.

Matt Krei is a proud 7th generation Coloradoan, graduating from Colorado State University in 1992. Matt has enjoyed a wonderful career in IT for the last 25 years. Happily married, Matt can often be found watching his fifteen year-old daughter, Addison, play softball. Despite beginning his ultimate career later in his life, in 1998, Matt has had a distinguished ultimate career, playing in many National and World Championships. Originally a founding co-owner of the Dallas Roughnecks, Matt decided to go a different direction, and focused on his home state, originally purchasing the Colorado AUDL team rights in 2014.

Darin ‘Dar’ DeLay currently serves as the Parks & Urban Design Manager for the City of Arvada, where he manages the planning, acquisition, design and construction of new parks, trails, as well as the preservation of open space areas throughout the city. Dar began his ultimate career over 25 years ago while playing college at Ball State University for the Wizardz. Upon moving to Colorado in 2001, his play on numerous Nationals and/or Worlds qualifying teams - including Bad Larry (Mixed), Johnny Bravo (Open), Johnny Encore (Masters), and Johnny Walker (Grand Masters) - fostered many of his lasting friendships and love for competition. Outside of his professional and ultimate life, he embraces the journey that he and his wife have taken on with their three children, Jackson, Marshall, and Emilia.

The Colorado Summit has established a collection of excellent ultimate coaches and players to help advise the organization on all aspects of operation. The following individuals currently sit on Colorado Summit Coaches Council: 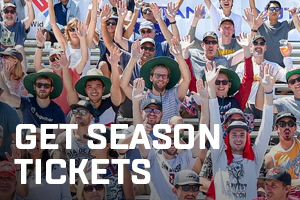