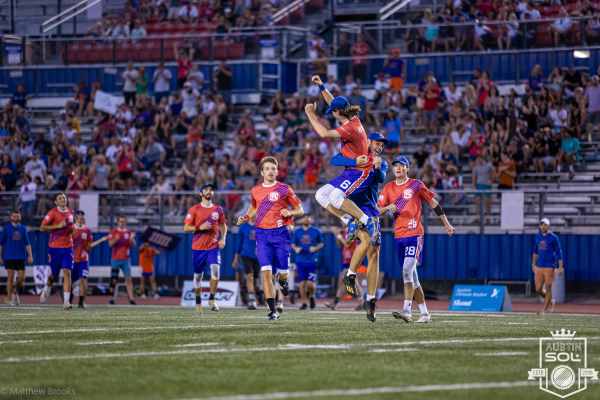 The Sol lost this weekend to the Dallas Roughnecks 23-22 in what will go down as one of the better games in both franchises’ histories. Dallas played with a full roster no other team had seen all season. The Sol played with the energy of a team with nothing to lose and everything to gain.

As this was the last game of the Sol season, this too will be the last SOLar Eclipse until 2022. It has been a joy writing these after every home game, and I hope you have enjoyed reading them as much as I have enjoyed writing. This time, I thought we could hear some closing thoughts on the season from three Austin Sol players: captain Mick Walter, and second-year standouts Joey Wylie and Eric Broadbeck. I was able to catch up with them after a small game of Goaltimate.

How would you describe the expectations for the Sol going into the 2021 season?

Mick Walter: I mean, I think going into the season, I knew we had a young team that was very conditioned and if we could run teams into the ground, I thought we’d find some success.

Eric Broadbeck: Our main expectations was to just build a culture that we wanted to be around and I think we did that very well. We didn’t have really high expectations standings wise throughout the division we just wanted to go in and prove that all of our hard work was really going to pay off.

Looking at it in terms of personal growth, what were your expectations as one of the more veteran players on the team?

MW: I mean, beginning of the season I set my expectations pretty low and I was dealing with a few injuries. But, as the season went on, I started to find some success on the field. I feel like I was getting in better shape, and you know I wanted to see our D line shut down teams on the under and I wanted to be a part of that setting an example when I can. Personally I wanted to play as tight as I can stopping unders seeing if I could force people out and chase down the D. Switching off, with the guys down field.

EB: I really wanted to get more experience. Get involved with this team and really get gelled in. We had a lot of new players come in and we needed to have a lot of time to get to know each other.

JW: My goals were to round out my play. I’ve consistently been a, stuck in a position on a team. On every team I’ve played on it’s been sort of an enforcer, defensive type player and most of that was suited for me because my skills in the other parts of the game weren’t very good. So, my personal goals for the season were to develop myself as a more well-rounded player.

How would you describe the community around the Austin Sol both with the implementation of the SOLdiers and the fans at the home games?

MW: It’s been good. I think with the new crop of players we’ve had a new crop of fans. You know like a lot of friends from work. And teammates from college that are coming out and you know they’re a lot of new faces getting a lot of their first pro play time. I saw a lot of faces in the stands like cutout cardboards, painted chests, doesn’t get more supportive than that. The roars from the crowd when things go our way, so supportive.

EB: I’d say our atmosphere was very hard working. And it’s very fun loving. All our fans bring lots of hype and we love having them there and they really help us at the games, keeping our heads high in the game. Throughout the team we have a hardworking culture, through the roster with the SOLdiers and the rostered players. Everyone wanted to fight and get better with each other to play better for the season and for the team, and I don’t think anyone was putting themselves over the team.

JW: I thoroughly enjoyed playing on this team. There’s a lot of camaraderie with the players on the team and as long as you buy into the system a lot of people just grew together as a family. As far as the games and the crowd and the home games and such it was incredible it was like, just showing up, coming to home games and hearing an enormous crowd. And when we’re down two points with two minutes left in a game against LA and you hear nothing but stands shaking and the crowd roaring and stuff, that’s just incredible sport it’s amazing.

If there is one thing you think people should know about the Austin Sol in the next season, what would it be?

MW: We are so young and have so much high-level competition coming forward, two college seasons, a club season, there’s just tons of reps in the next 8 months, I think a lot of these college kids can hit another level, the next season in 8 months away but these College kids are going to get tons of reps at the highest level and that’s only going to help us succeed in future years.

JW: We’re the best in the west. 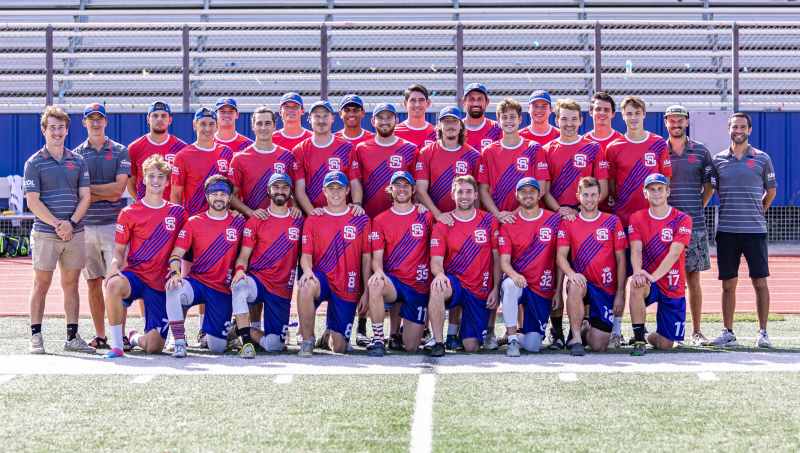