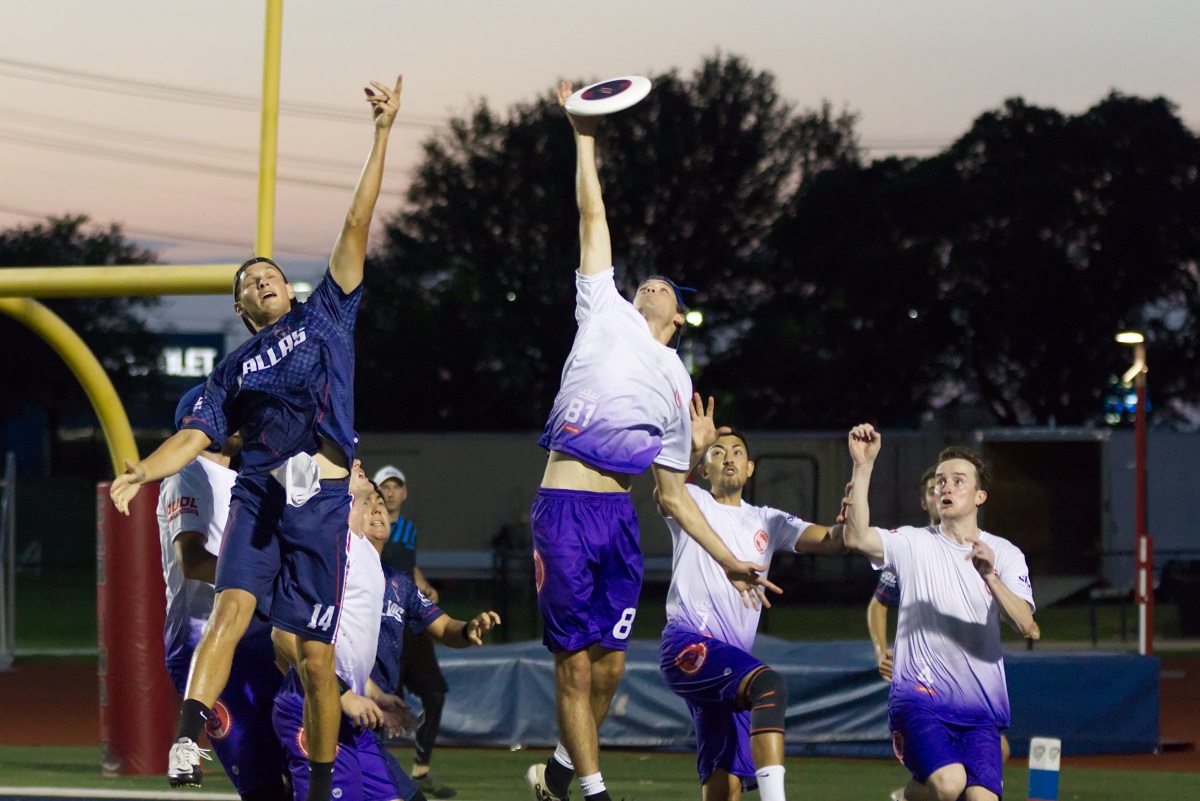 The Austin Sol will play their final home game of the season this Saturday, August 7 at 7:00pm at Chaparral Stadium. They’ll take on the Dallas Roughnecks in what is essentially a playoff game—the winner punches a ticket to the West Division playoffs.

The Sol’s 2021 campaign all comes down to Saturday, in a rematch against their ‘Big Brother,’ the Dallas Roughnecks. The Sol and Roughnecks have met three times this season, with Austin shocking Dallas and coming out on top two of the three games. All three games have been decided by just one goal.

Historically, Dallas has always been the premier team in Texas. They have made it to Championship Weekend—the AUDL’s final four-style competition—each of their first four seasons in the league. Prior to this season, Dallas had defeated Austin in 15 of 16 games dating back to 2016. Austin has been the surprise team of the year, now on the verge of making the playoffs over Dallas and finishing with a winning record for the first time in franchise history.

Saturday’s game is the most anticipated game in Sol history; please let me know if you’d like to attend! As always, happy to set aside press passes and arrange for any post-game interviews with players, coaches, and/or owners.

Tickets for this game are available at the official team store.