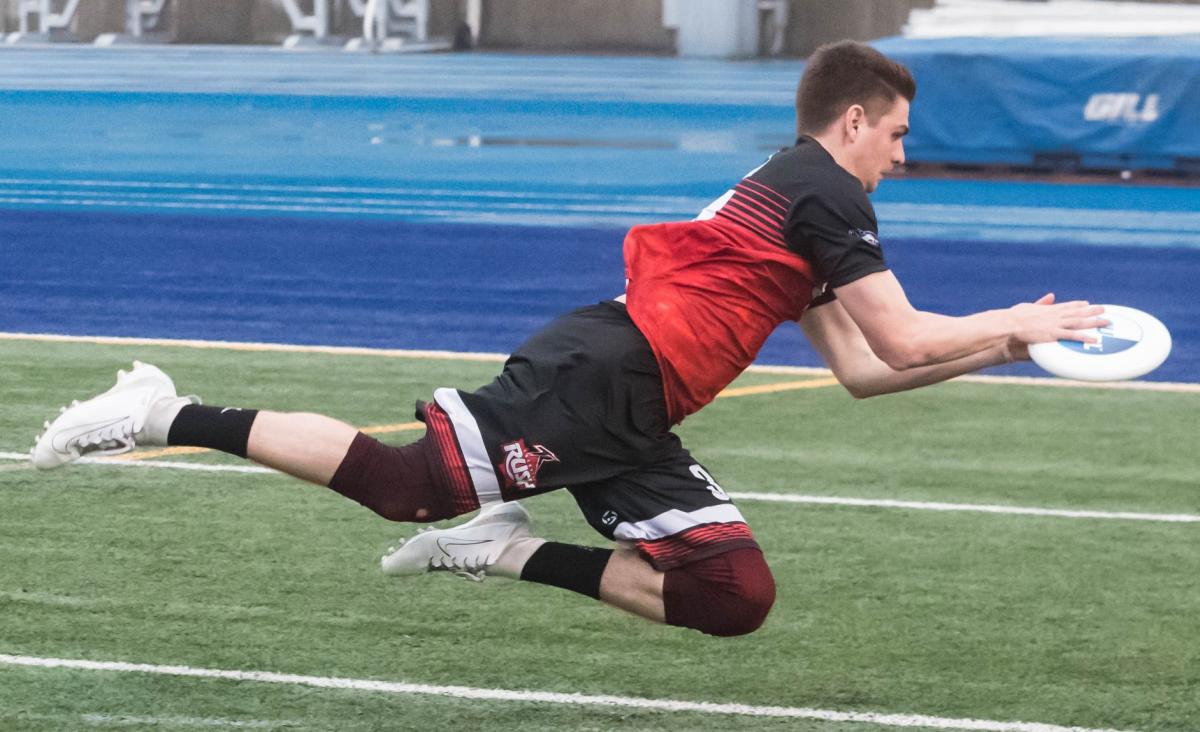 The Toronto Rush (4-2) beat the Montreal Royal (1-4) on May 5, 21-16. The Royal are looking for revenge, returning to Varsity Stadium to challenge the Rush again this Sunday at 2 pm ET. Tickets are available here.

In the May 5 game, the Royal kept the game close, even managing to keep the game within one point, 11-10, at halftime. A huge reason why the Rush were able to pull away in the second half was because of Phil Turner.

Turner finished the game with four blocks. Like the Rush, he started slow. He had zero takeaways at half, but his ability to win Toronto the disc time and again was instrumental in the Rush being able to create separation later in the game. Quentin Bonnaud finished with eight goals in the game for Montreal, so Toronto could opt to use Turner to limit Bonnaud deep. He already has 30 goals this season, which is second-most in the AUDL. If the matchup were to take place, it would be a clash of titans.

Over the season, Turner has turned into one of Toronto’s most dangerous defenders against opponents’ best deep cutters. He leads the team with 13 blocks, which puts him third in the league. On a team filled with athletic cutter defenders, Turner has emerged as the leader of the group this season.

Turner is only a sophomore for the Rush. He was hampered by injury in his rookie year, playing only 41 points across four games. He finished with a modest two goals and four blocks. He’s exploded this year, playing in every game. He’s fourth on the team in defensive points played, proving just how indispensable he’s become. This Sunday, keep your eyes on Turner. If he’s on the field, something thrilling will probably be about to happen.