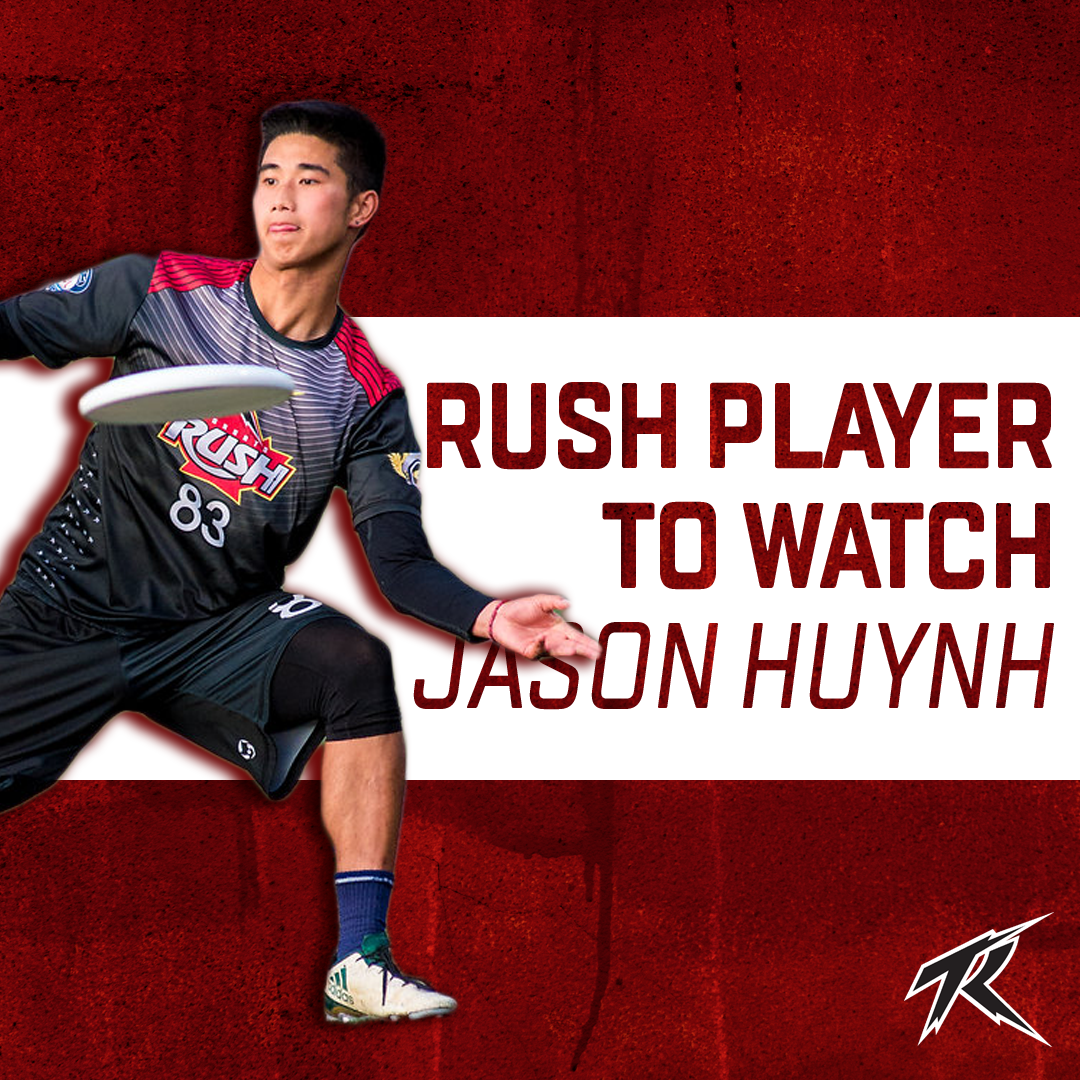 The Toronto Rush (3-0) and New York Empire (4-0) are the only two remaining undefeated teams in the AUDL. Their game this Saturday, May 18 at Joseph F. Fosina field will also be a rematch of last year’s East Division Championship game. New York topped Toronto 18-17, becoming the first team to represent the East at Championship Weekend other than Toronto. Stakes, needless to say, are high. Toronto’s players have been looking forward to this rematch for a long time.

One of Toronto’s best performers in last year’s playoff loss to the Empire was Jason Huynh. Huynh recorded a goal, an assist, and three blocks in the loss. He’s a speeder handler who plays with the defense, and his quick cuts and left-handed throws provide important oxygen to the defense whenever it owns the disc and is looking for a break goal.

Huynh’s numbers have been relatively quiet so far in this 2019 Rush season. He has only three assists and two goals so far in the season, and he missed last week’s nailbiter win over the Ottawa Outlaws, as he was at Team Canada’s under-24 men’s team camp. The Rush won without him, if only barely. Against New York, he’ll be indispensable.

New York features several electric handlers on the offensive line, including Harper Garvey and Ben Katz. Huynh’s ability to take away passing lanes, deny handlers the disc, and force them out of the handler space will be indispensable. He’s had a quiet season so far, but he’s liable to break out for a monster performance in any game. He always seems to play well in Toronto’s biggest games. In the midst of the matchup of titans between the Empire and Rush, keep an eye on Huynh.