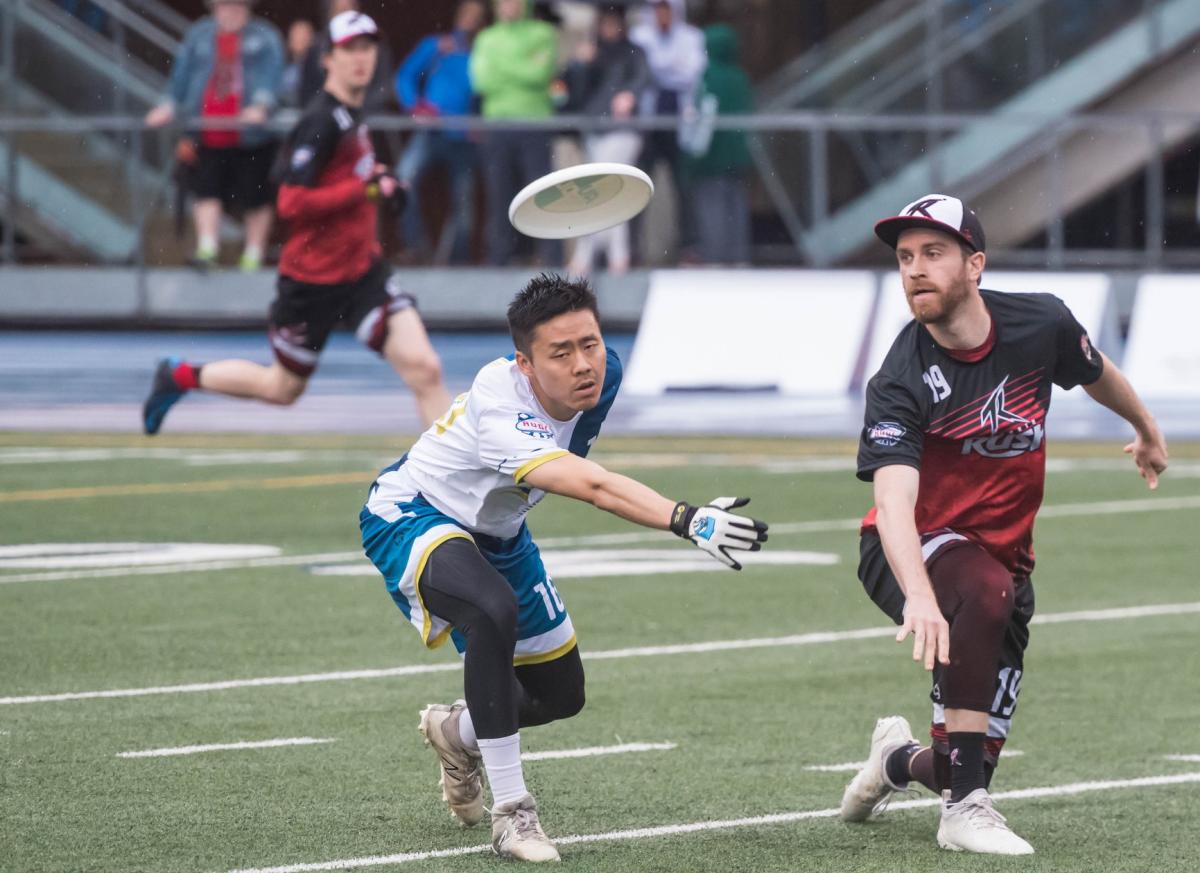 Even if the Toronto Rush (6-4) had other regular season games circled on the calendar before the season, this upcoming week is arguably the most important yet. A win this week against the Philadelphia Phoenix (2-6) would clinch a playoff berth for the Rush, whereas a loss would allow the Phoenix a mathematical chance to tie the Rush at the end of the season and qualify for the playoffs via tie-breakers. The Rush need to play a clean offensive game against the Phoenix, and there’s no more important player for offensive precision than Thomson McKnight.

The last time Toronto played Philadelphia, the Phoenix shocked Toronto 18-16. It was the first time in league history that the Phoenix had beaten the Rush. Toronto was broken six times in the game, and the offense was sloppy. Toronto threw 26 turnovers, which is by far a season high. Every offensive starter committed at least one throwaway. The conditions in the game were difficult, but the number of giveaways was still incredibly rare for Toronto.

For Toronto to cut down on the self-inflicted mistakes, McKnight’s contributions will be critical. McKnight has long been the center handler for the Toronto Rush, and his decision making and execution are integral. McKnight almost never makes an unforced mistake. He has 3525 career completions, which is the most in AUDL history. McKnight may not always be the one notching the scoring stats, but the more he touches the disc, the more success Toronto has. He is the team’s field general.

If Toronto beats Philadelphia this Saturday, the Rush will secure their spot in the playoffs. Toronto needs simple rather than spectacular. If the Rush take care of business and minimize their mistakes, the result will take care of itself. Thomson McKnight will be the key to that success.