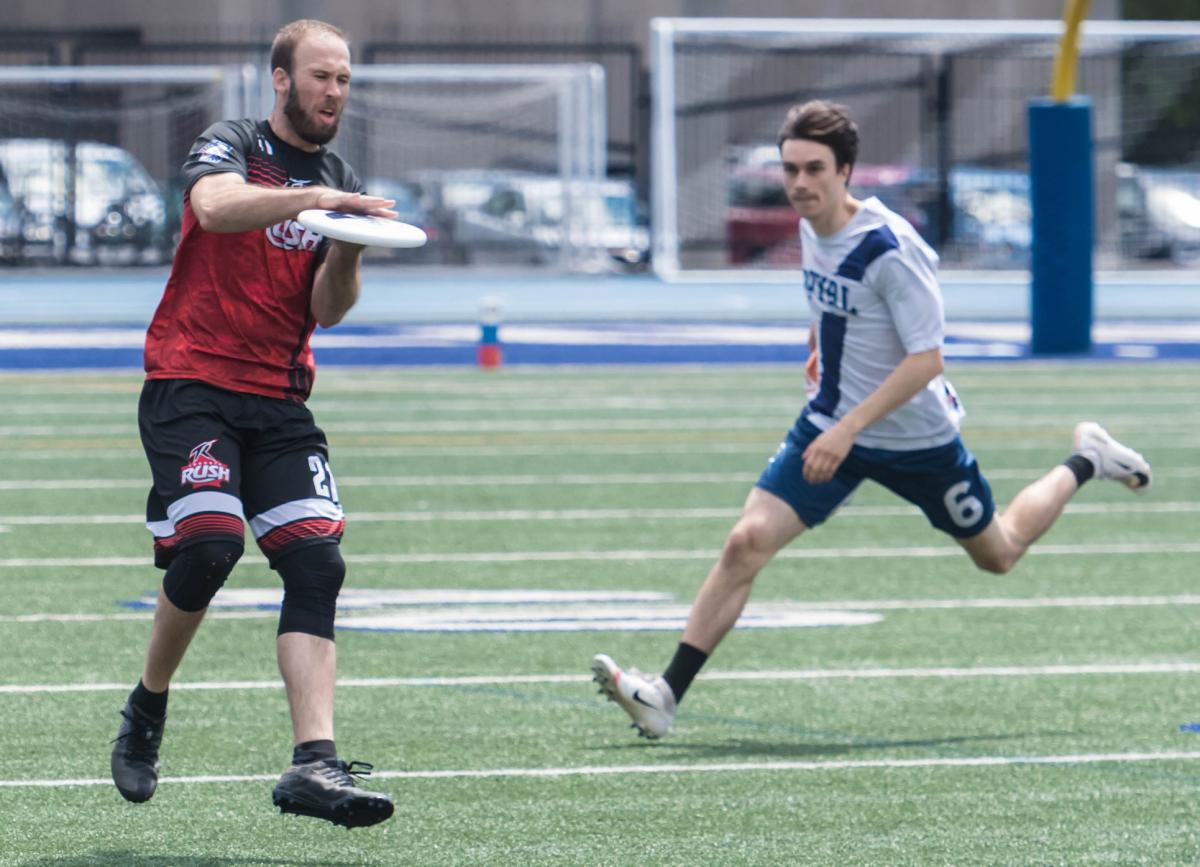 Geoff Powell’s nickname is Bomber. It comes from an innocuous enough origin, with the word simply printed on a sweater Powell wore to university tryouts. But ‘bomber’ has come to symbolize Powell’s energetic style of hurling himself around the field.

For the first time in his long career with the Toronto Rush, Powell has been used mostly on the offensive line. He’s using his intelligence more than his athleticism, his skill more than his hustle. There’s still plenty of opportunity for Powell to impress, as he did against the DC Breeze last week with a thrilling finish to a deep strike.

Despite Powell’s play, the Rush fell last week to the Breeze, 23-22. The Rush are on a miniature slump, losing three of their last five games. Toronto still sits at 5-3 on the season, firmly in second place in the East Division, but the Rush are used to being royalty. For almost any other team, such a slip would be par for the course. For Toronto, it’s a disappointing stretch of play. Toronto will play the Montreal Royal this week, and it will be the Rush’s chance to right the ship. Toronto has already beaten Montreal twice this season by fairly sizeable margins, but they haven’t yet played in Montreal. It’s a different game, as Royal fans provide one of the league’s biggest home-field advantages.

With four assists and 11 goals, Powell has had a statistically quiet season for the Rush. But excitement and joy are native to Powell’s game, no matter his numbers. Powell is an emotional engine on the team. The Rush aren’t used to losing regular season games, having lost only eight regular season games as a franchise before this season. Powell’s game speaks louder than almost anyone else’s on the field. He could be just the boost they need.