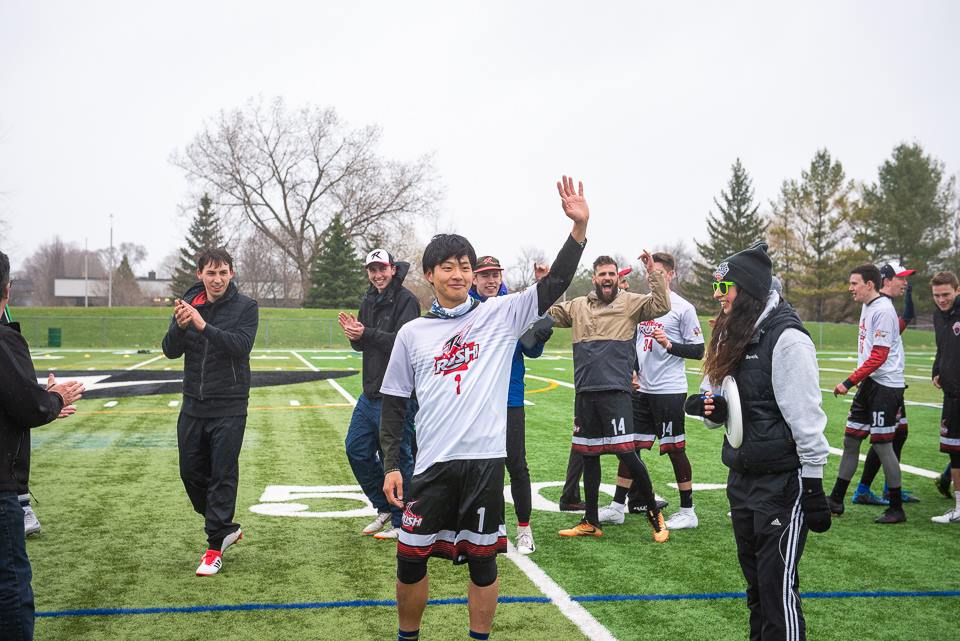 Toronto is well-versed in successful import players after Ben Oort thrived in his rookie AUDL season in 2018. Oort was a teenager freshly arrived from the Netherlands last year, yet he led the Rush with 31 goals. His story was fantastic.

This year, Toronto’s new player from outside the country is Akifumi Muraoka. Look for the Japanese rookie this weekend in the Rush’s home opener at Varsity Stadium on Saturday May 4 at 4:00 PM EST. Tickets are available here.

In his first game in the AUDL, Muraoka notched two assists and two goals in 18 points played as the Rush beat the Ottawa Outlaws 19-13. Muraoka is a starter on Toronto’s O-Line this season, replacing departed cutters like Oort, Ben Burelle, and Jay Boychuk. Muraoka and Oort have some similarities, though they also have their differences.

“I would say that Oort is actually, probably, taller, lankier, longer,” said Rush Head Coach Sachin Raina. “He's probably got 3, 4, 5 inches on Akifumi... Akifumi's definitely faster and more comfortable with the disc. You saw that on one of the early points of the [Ottawa] game, maybe the third point, where he got the disc and was comfortable enough to fire an upwind flick that bent around everybody and dropped into somebody's lap. I don't think that's a throw that Oort would throw last year with us.”

The Rush offense has undergone plenty of changes this season. Not only are the personnel different, but the structure underlying the offensive framework is slightly new as well. Toronto will need new performers to step up and thrive alongside old hands like Andrew Carroll and Thomson McKnight. Muraoka could well fill that void for Toronto. On top of his skills, he has an infectious spirit, offering joy and camaraderie to the Rush sidelines. The Rush will play the Montreal Royal on May 4, who have a stocked arsenal of athletic cutter defenders. Muraoka will play a big role on and off the field.