The early history of the Madison Radicals is legendary. Making the championship weekend six straight years, the 52-game home winning streak, all culminating in the championship being brought home in 2018. However, the law of averages dictates the highest of highs is always met with the lowest of lows. Since their magical run in 2018, the spark that the Radicals ignited in the “Capital City of Ultimate” has fizzled.. That’s why, for the first time in team history, head coach Tim DeByl is making a change by bringing in an offensive coordinator, former Radical Pat Shriwise.

While Pat Shriwise might be new to the offensive coordinator position, he is not new to the Radicals. Fifth in games played in Madison Radicals history, Shriwise is hoping to bring his knowledge and wealth of experience to the newest roster of Radicals: “I think we have a great young group of talent in Madison, and while the athleticism is there and there were moments of that old, smothering Radicals defense and talented smooth-moving offense, there were definitely moments in which little lapses or small moments changed games…one of the things we did back in the day was really focus on the little things and making sure everyone was on the same page, so adding that back into the mix will be great.” 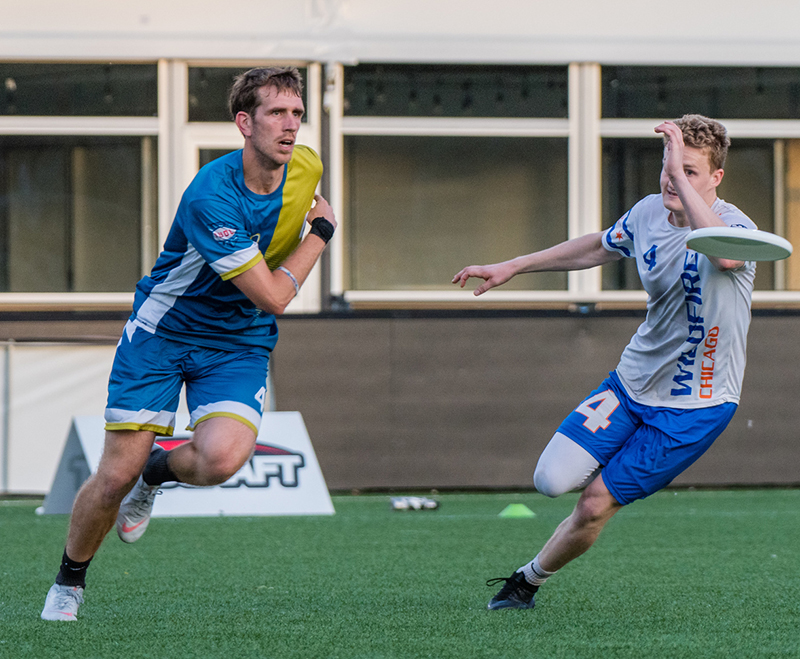 When watching the young guns, Pat's words ring true. The Radicals would make great plays, looking like experienced players on one point, tying a game up after being down by 3 to start the fourth on the road against Chicago, but then the next point you’ll see Ross Barker streaking wide open deep with 22 seconds left.

“The thing that really killed us are things that we can fix, the end-of-quarters in particular,” coach Tim DeByl said. “If we hit even half of the end-of-quarters we missed, we can take two of those games, and just like that we are  back in the playoffs.”

Why are these end-of-quarter situations so important? The start of the quarter in the AUDL ends with the opposite team receiving, like a normal half in a USAU game. With this change taking place, teams have the opportunity to regain a break they may have lost early in the game. This extra chance to earn back mistakes makes the end of quarter “half-break”, as DeByl calls it, one of the most important aspects of an AUDL game.

Starting in week five, the Radicals end-of-quarter struggles, unfortunately, took hold, giving up the last point in the first three-quarters against Pittsburgh.  If it weren’t for a miracle save by Matt Tucker after a fortunate throwaway from Thunderbirds player Connor Newell, the Rads would have given up all four quarters. The Radicals would finish the season only capitalizing on 11 ends of quarters. That means that in 21 end-of-quarter situations, the Rads gave up a score. This provided 21 opportunities for a team to catch up in a final playoff push, and in a year when eight games were decided by three goals or less, these chances needed to be capitalized on.

So how do the Radicals reverse the decline and try to re-climb to the peak of 2018? The first thing DeByl needs to do is field a team that not only can he trust to win these end-of-quarter situations, but that can also trust each other to work together on and off the field to generate these much-needed wins. They can begin to rely on the raw athleticism of their young players combined with the knowledge of the players nearing the twilight of their playing careers. Players like Jake Rubin-Miller paired with Thomas Coolidge, Ian Mccosky next to Kevin Pettit-Scantling. If the Radicals lean in on the experience of the returners and the raw talent of the new recruits, perhaps they can continue to build on their foundation for long-lasting success. The Madison Radicals can provide the league with a blueprint for  building a team from the ground up, and show the world why Madison is the capital city of ultimate.