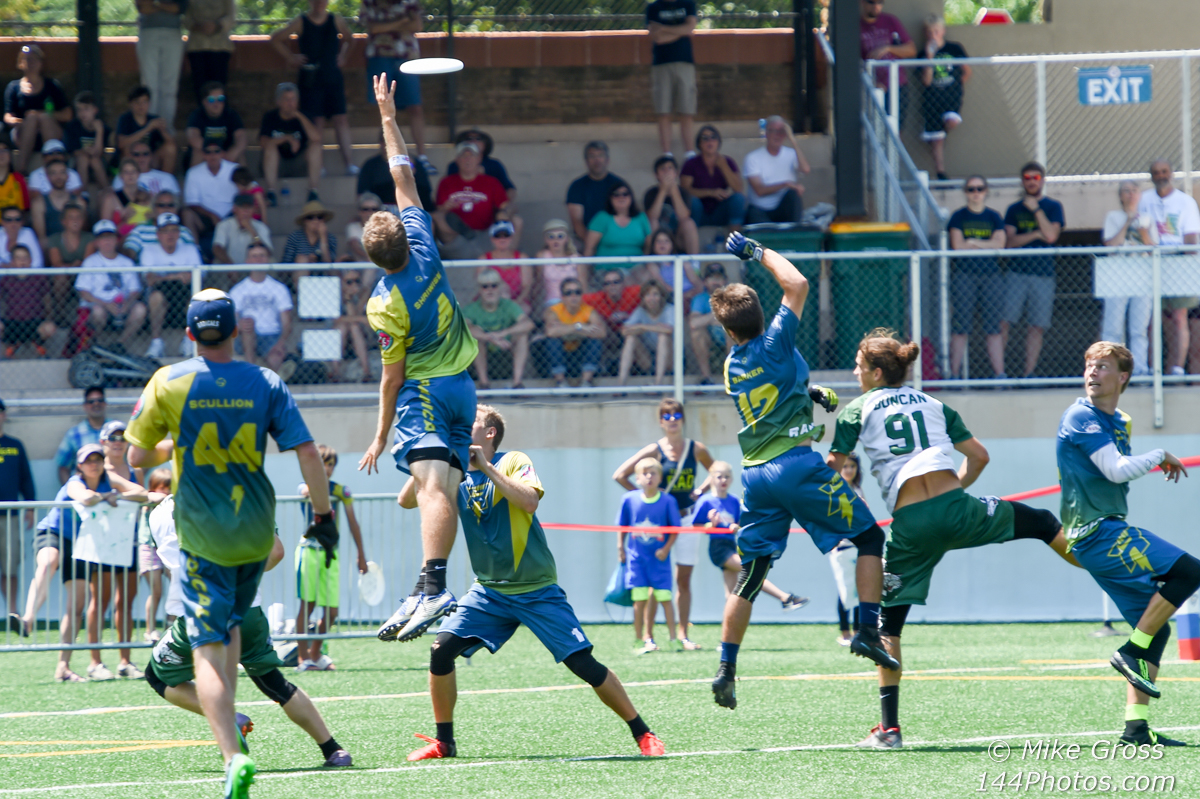 Tomorrow the Madison Radicals (0-0) begin their sixth season on the road against the Indianapolis AlleyCats (1-0). Here are five quick things to get you prepared for the opener as the team heads into the 2018 season.

With limited opportunity for outdoor practices due to the extended winter in Madison, the Radicals head into their first matchup of 2018 needing to get up to speed. The AlleyCats - winners against Detroit last Saturday - already have a regular season game under their belts (collars?), as well as a few preseason friendlies that have helped them tune up early on. Indy takes Madison more seriously than any other opponent, so the Radicals will look to come out running.

Madison enters the new year with the tallest roster in the league. Not that passing has ever been an area of difficulty for this team, but the Radicals will be able to mitigate some early season imprecision on throws with their imposing lineup of players. The team is bringing five players listed at 6'4" or taller, and that doesn't include aerially inclined players like Andrew Meshnick, Colin Camp, or Peter Graffy, nor new additions like lanky defender Anson Reppermund or bowling-ball-turned-receiver Tarik Akyuz.

A situational defender as a rookie last season, Marquis Mason has been taking reps with offense in practices this preseason. Though he's still getting a sense for field spacing and timing, the former University of Wisconsin receiving recruit has shown great route work and a hawkish focus once the disc is in the air. The team is looking to fill the offensive production void in the absence of Ross Barker, and with Mason scoring five goals on just 12 touches in 2017, there's a huge opportunity for a larger role in the Radicals offense.

Over the years, Madison has become more and more situational with their deployment of their patented zone defense. The Radicals' athleticism continues to improve, and they have some of the best defenders in single coverage in the AUDL. Indianapolis has shown that they have the personnel and strategy to make the Radicals zone ineffectual as a general strategy. But Madison continues to adapt and employ it as a rhythm changer, using it to disrupt Indy's offensive flow at important junctures during their past matchups. Expect the Radicals to once again challenge the 'Cats to beat them one-on-one, but also roll out the fearsome Meshnick-Weber mark when they need a stop.

Since 2013, the AlleyCats have never beaten the Radicals. That continues to be the central feature of this Midwest matchup until Indy changes the narrative. They've had opportunities nearly every season to pull off the upset, most notably in Week 17 last season when they had the disc 10 yards from the endzone in sudden death overtime, only to commit an uncharacteristic throwaway before eventually giving up the final score at Breese Stevens. The AlleyCats have individual players in Keenan Plew, Rick Gross, and Travis Carpenter that have always presented matchup problems for Madison. But every time, the Radicals engineer ways to come out on top. Will that change at the start of 2018?

Get Season Tickets! / Starting at $40
2022 Rad Academy / Sign Up Today!
Podcast / Check out Charged Up
Join our Email List / Get Deals