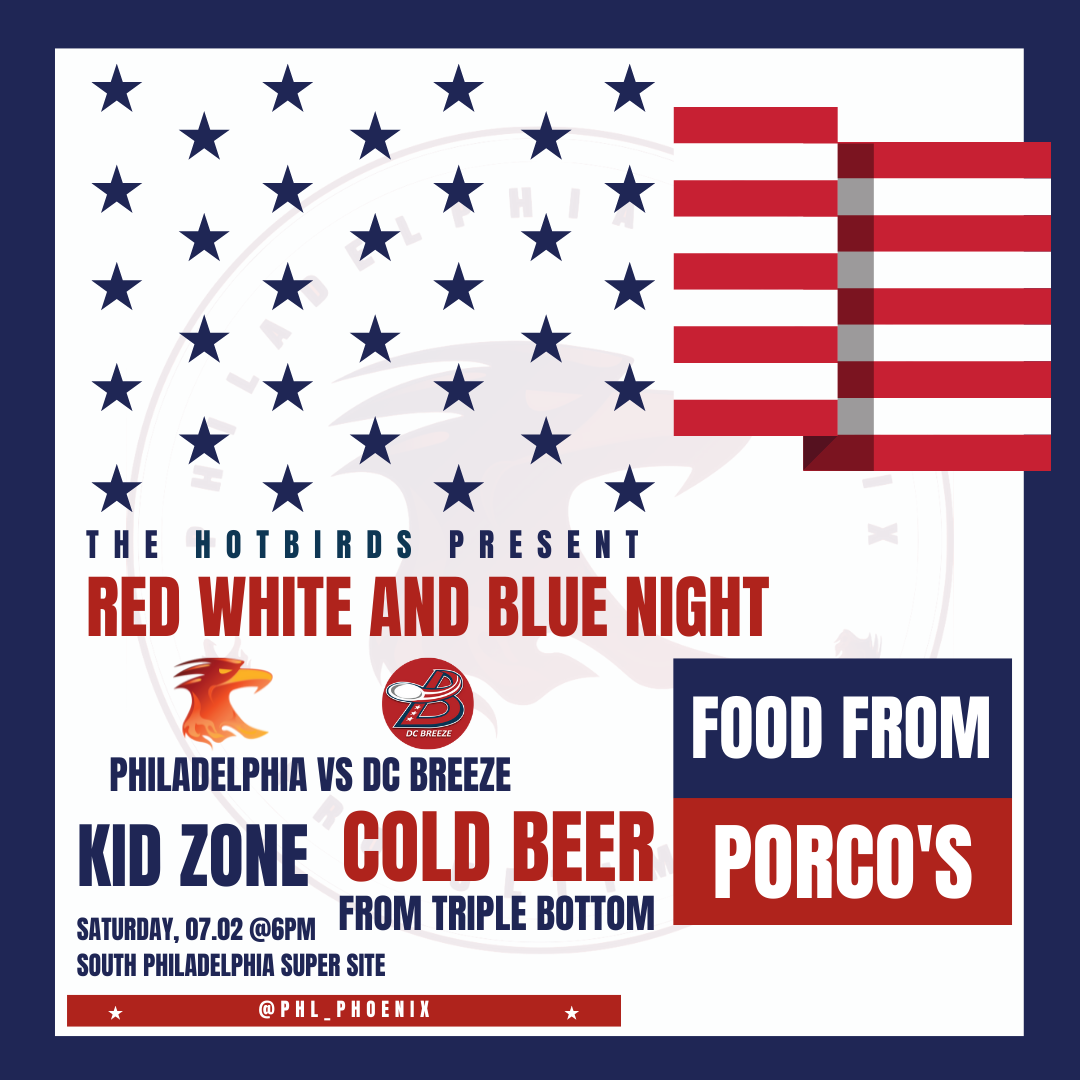 The Philadelphia Phoenix (4-3) are set to take on the D.C. Breeze (4-2) in an East division clash on Fourth of July weekend at the South Philadelphia Super Site. Here are a few things you need to know before Saturday’s big game.

The Phoenix are on a four-game winning streak and are coming off a 18-14 victory at home against the Toronto Rush. James Pollard led the way with four goals. He leads the team in scores (42), assists (24) and blocks (10) in 2022. Sean Mott and Jordan Ryne were tied for the team-lead in completions with 30 each against the Rush.

Check out the top 10 plays from the Hotbirds’ Week 8 victory over Toronto.

Saturday’s matchup has massive playoff implications for the Hotbirds, who have not been to the postseason since 2013. A win against D.C. will give Philadelphia sole possession of second place in the East division with another head-to-head matchup against the Breeze in D.C. scheduled for next week. A win on Saturday would also give the Phoenix an inside track to securing a home playoff game.

The top three teams in each division of the AUDL advance to the playoffs. The No. 2 and 3 seeds will face off in a wild card round to determine who will face the division winner in the East Division Championship. The New York Empire (9-0) have all but wrapped up the top seed while four teams – the Phoenix, Breeze, Montreal Royal and Boston Glory – are battling it out for the final two playoff spots.

Celebrate Fourth of July weekend at the South Philly Super Site. Parking is free and gates open at 5 p.m. Italian-style sandwiches from Poroco’s will be available for purchase as well as craft beer from Triple Bottom Brewery. T-shirts, hats, programs, and more are on-sale at the merchandise tent just outside the track. All Pro and All-Star season ticket holders get a 15% discount on all merchandise.